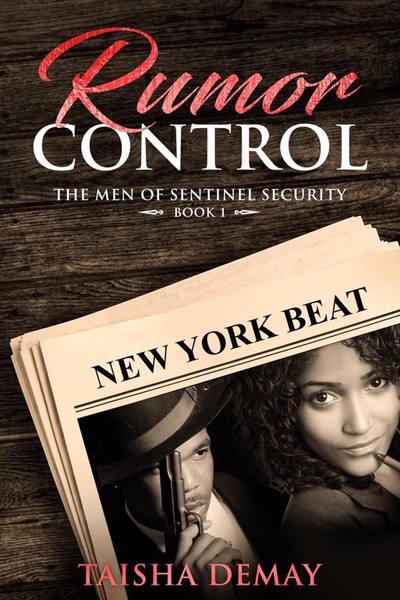 Wounded in action, the only thing former Navy Seal turned security expert, Archer Lincoln wants is to be left alone. But when he finds himself the focus of the tabloids and gossip columns, he has no choice but to go to the enemy for help.

Ambitious New York Beat reporter Trinity Black wants to move to the news desk. She knows it’s where she belongs, even if nobody else thinks so. But the only way to do that is to snag the story of a lifetime. When she is approached by Archer for help rehabbing his image, she is reluctant to help. After all, she isn’t exactly his favorite person. Especially not after an article previously written about him by her. But knows this is the one thing she needs to propel her to where she wants to be, so Trinity agrees. But as time passes and she gets to know him, Trinity realizes he isn’t the man she and everyone believes he is. And Archer gets to know her, he too realizes he’s been wrong about her. Can these two, stop fighting long enough to fall in love, or will their plans blow up in both their faces?

His plan was ridiculous. Outrageous. So why was she so tempted? Because he was dangling an irresistible lure in front of me. Damn him. She’d do anything to get the business reporter’s beat.

Trinity shook her head. “Can’t. I don’t want to compromise my journalistic integrity. I’m sure you’ve heard of that, right?”

“Isn’t it a little late to be thinking about that? Considering your line of work.”

She frowned. “I’ll have you know, all my information is checked and verified before I write a story.”

He arched a brow. “Oh really? I seemed to recall a story you did about a CEO that caused a lot of trouble, and you nearly paid a heavy price for that mistake.”

“Yeah, don’t remind me,” she muttered.

Trinity sighed. “How do I know you won’t renege on me?”

He made the sign of the cross on his chest. “You have my word.”

He sighed in frustration. “I’ve already offered you broad access to Sentinel, as well as the identity of my father’s successor, what more do you want?”

She considered it for a moment. “I don’t know if I should take the chance on this blowing up in both our faces. It’s too much of a risk, especially on my part. I’ve already made one huge mistake; I don’t need to make another.”

“Don’t tell me you aren’t the least bit tempted? The two of us together would be explosive.”

Before she could respond, he lowered his head, taking her lips with his. The only thing she could do was give into it. He smelled like soap, aftershave, and man. He tasted of mint, warmth, and subtle sweetness. An intoxicating mixture.

When their kiss ended, Trinity reached up and slapped him as hard as she could, before brushing passed him, hurrying inside and across the ballroom, while Archer stared at her retreating back. Perhaps he may have laid it on a little bit too thick? Damn! 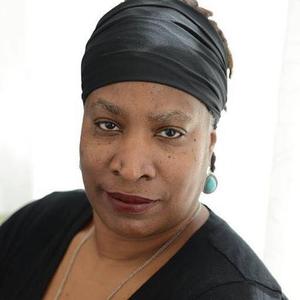 Author Taisha Demay is a New York native, but resides in North Carolina. She is the author of Taste of Intrigue: Food Fight Mysteries, Lady Guardians: Black Money (Mystic Belles) and the newly released, Rumor Control: The Men of Sentinel Security. Not content with strictly writing in the fiction arena, she began expanding her portfolio by becoming a Blogger and Reviewer. An independent author, she has started her own company, NewYorkCityGirl,LLC and working on her fourth release.

Congratulations on the new release. I really like the cover, and your head shot is gorgeous.

Thanks for being my guest, and good luck with sales.