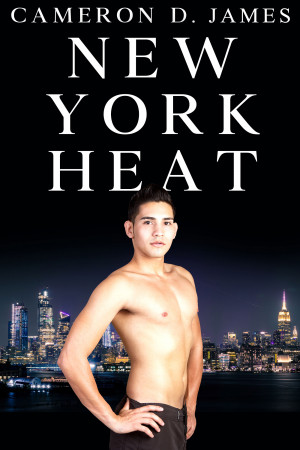 Club 21 has long been an institution for the New York City gay community. Dan is in his fifties, but he remembers his youthful erotic adventures at the club, many in the company of his close friend Brad. He can hardly believe he’s now the owner of Club 21, hoping to serve a new generation of LGBTQ New Yorkers and make some money at the same time. Sometimes he doubts his ability to keep the place afloat; he never realized how much effort and stress would be involved in running his own business. With his young lover Ken at his side, though, he’s determined to succeed.

Ken is one of the club’s famed Go-Go boys, but he’s more than a fling. Despite the age difference, Ken is devoted to Dan, and vice versa.

Meanwhile, Brad is pursuing his own dream, buying the now-defunct leather bar next to Club 21 in order to transform it into a hot yoga studio. Like Dan, Brad has developed a serious relationship with a much younger man. Simon is more than willing to follow Brad from Toronto to New York and help him realize his vision of New York Heat. Brad can hardly believe how fortunate he is.

Both men’s plans appear to be flourishing. Dan’s Club 21 is as popular as ever; meanwhile, renovations are complete and the yoga center is almost ready to open. Then a young man terrified by his own homoerotic desires pulls a gun in the middle of the crowded dance floor and murders more than a dozen people, including one of the club’s bartenders.

The catastrophe almost kills Dan’s dream as well. He’s too heartsick to keep the club going. However, with the help of his friends—who are really more like family—he comes to understand that Club 21 belongs not just to him, but to the community. It needs to survive in order to prove that hate and fear will never triumph over love.

New York Heat is an ambitious novel. The plot summary above does not begin to capture its richness. The book follows the developing relationships of five gay couples who are connected with Club 21. In addition to Dan and Ken, and Brad and Simon, the author brings readers into the lives of Lance and Liam, a bartender and a dancer; Jake and Paul, a bartender and a DJ; and Xander and Gabriel, Go-Go boy and bouncer, respectively. Each pair has a different dynamic, driven by the history, doubts, and fears of the men involved. They have two things in common: true love and hot sex.

These guys are all pretty randy. However, their sex drives are (very realistically) governed by their emotions as well as external circumstances. When the characters are stressed, anxious or depressed, their libido goes out the window, even when they’re in the company of their lovers. I appreciated this. After the shooting, nobody has sex, for a long time. A dark cloud of death and failure hangs over the characters. Hope and desire are inextricably linked. As Club 21 rises from the ashes of tragedy, the characters’ receptivity to sex increases as well.

The crisis of the shooting is handled very well. Likewise, I found the final chapters which bring the return of hope and healing a true inspiration. On the other hand, the chapters before the shooting seemed to drag a bit. The author chronicles the development of love and trust within each of the couples, but I found some of the chapters repetitious. It also took me a while to sort out who was who, especially since six of the ten main characters have one syllable names.

Overall, though, I really enjoyed this novel. I found it quite a contrast with Mr. James’ earlier tales about Club 21, some of which feature the same characters. Those stories were erotica, tales of hot casual hookups between sexy guys. New York Heat, on the contrary, presents a set of intertwined love stories. The sex is still as hot, but it’s a very different emotional experience for the men involved, and for the reader.

Cameron James has a talent for writing both sorts of stories.

Thank you so much for this lovely review!