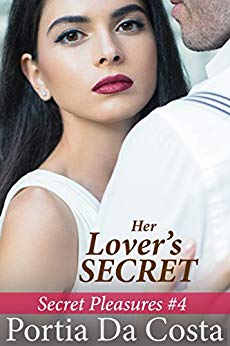 Rachel Harding has a weakness for older men, a weakness that she knows she has to conquer if she’s ever going to find happiness in love. Her last relationship with a “mature”guy came close to breaking her heart. She’d been so sure Richard was the one — until she discovered he had a wife and kids. She’d sent him packing, but the experience left her damaged, wary and insecure, afraid to trust herself or her emotions.

Though he’s the consummate gentleman, Lawrence Brady works hard to keep his relationships casual. He has a secret that rules him out as husband material, or so he believes. Still, he can’t help wishing for more than just a friends-with-benefits arrangement with the feisty, experimental younger woman he literally runs into at his employee’s wedding. Despite the difference in their ages and their social status, he and Rachel share more than just exquisite sexual compatibility. Where else would he ever meet a female who loves repairing vintage cars as much as he does?

Both Lawrence and Rachel try to be civilized and sensible—to the point that they almost lose their chance at true love. However, since this is a Portia Da Costa romance, you know they’ll eventually come to their senses and work around their obstacles. Meanwhile it’s great fun watching them.

As always, Portia Da Costa writes with verve and wit. Rachel’s a delightful character, tough and practical, sensual and sexually assertive. She’s definitely no shrinking violet. I had a bit harder time feeling close to Lawrence, partly because I’m immune to the appeal of billionaires, but also because I felt his anguish over his secret (which of course I’m not going to spill!) was overdone. Still, he’s very likable, ultimately not afraid to show his vulnerability to the woman he loves.

Compared to some of Ms. Da Costa’s books, this one goes light on the kink, but that fits the characters. Certainly there’s plenty of passion. As always when I’m reading a Portia Da Costa story, I was impressed by the way she ramps up the heat by showing us what’s in her characters’ heads. She demonstrates that fantasies have as much power as the physical when it comes to sex.

If you’re looking for a quick, sexy, feel-good romance that doesn’t insult your intelligence, I can recommend Her Lover’s Secret.