For Her Honor by @HollyBush - #Giveaway #HistoricalRomance 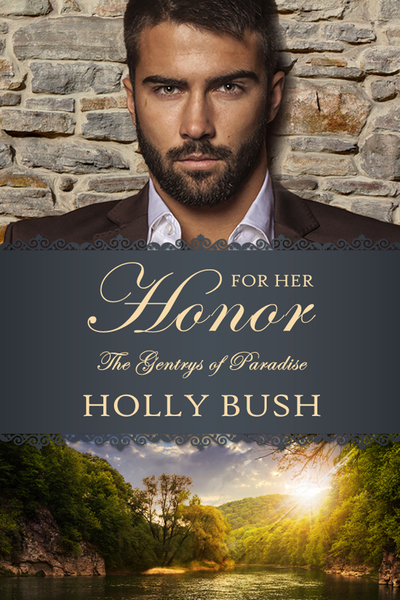 Adam Gentry, heir to the celebrated Paradise Stables in Virginia, is haunted by the visions of his lost love. Feeling cursed by fate, he slips deeper into grief, shrouded in a cloud of liquor and depression, and neglects his duties and responsibilities. But when Adam is forced to accept that there’s nothing he can do to change his past, he knows he must move on.

And he accepts his own destiny: that he will never love again.

Emmaline Somerset finds herself in the worst possible position any unmarried woman can be in. She will have to abandon all of her plans, hopes, and dreams for an independence using her own talents. The only viable solution is to move to a distant relative’s home and reinvent herself as a widow with an infant. No one will ever be the wiser.

Adam, now determined to secure the Gentry legacy, plans to save longtime family friend Emmaline from her embarrassment with an offer of marriage. But what Adam didn’t plan on was how his unexpected attraction to her would stir something inside of him, something he's kept locked deep within.

Can love finds its way between two troubled souls, one driven by duty, the other by honor, both determined to find their way home?

Available in ebook and print:

Emmaline Somerset’s bedroom door opened, and her mother poked her head inside. “Mother, please,” she began but stopped speaking as the door opened wide and Adam Gentry walked into her room.

“I know this is unusual, Mrs. Somerset, but certainly you’ve known me and my family long enough to know that I intend nothing untoward. But I would like to speak to your daughter alone.”

Adam stared at her as he spoke to her mother and she could see Jane and Betsy behind him, eyes wide and their hands over their mouths.

“I’m fine, Mother. Stand outside my door if you wish.”

Emmaline looked at him and noticed that he was thinner than the last time she saw him. He was still very handsome and even intimidating, filling the room with his presence. He was the oldest among her generation of Gentrys and Somersets but had been removed a bit from the rest of them as they grew up together. A bit apart from John and Matthew and Jim, who’d been fast friends growing up, and from Olivia and Nettie and Marabelle Winston, whose family owned the mercantile, and her. He hadn’t been aloof, but he hadn’t gotten into the same type of trouble that John and Matthew had.

Women swooned over him, and he smiled back and tipped his hat in such a way that made a female feel as if she was the only person of her sex in the world. Except right now he wasn’t looking so sure of himself and not particularly happy, either. 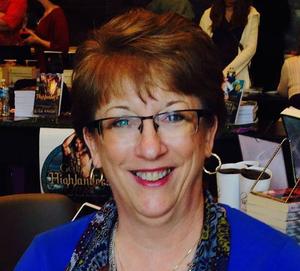 Holly Bush writes historical romance set in the U.S.in the late 1800’s, in Victorian England, and an occasional Women’s Fiction title. Her books are described as emotional, with heartfelt, sexy romance. She makes her home with her husband in Lancaster County, Pennsylvania. Connect with Holly at www.hollybushbooks.com and on Twitter @hollybushbooks and on Facebook at Holly Bush.

GIVEAWAY! Holly Bush will be awarding a $25 Amazon or Barnes and Noble GC to a randomly drawn winner via rafflecopter during the tour.

Hello, Holly! Welcome to Beyond Romance. I hope your tour is a huge success.

The guy on your cover is one hot dude. Do you know what his name is?

I'm looking forward to reading this one :)

Hi and thanks so much for having me! The tour has been a great success. And yes, Karen, he is definitely hot but I don't know his name! Sorry!