Why don't my characters talk to me? #craft #plotdriven #authorexperience 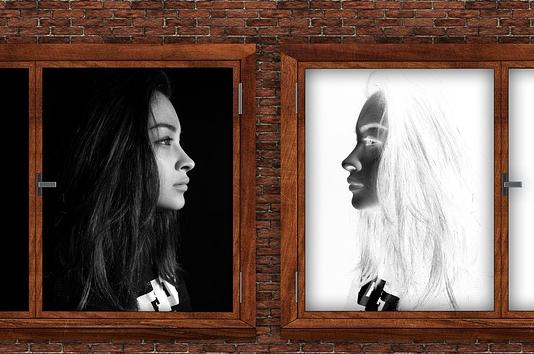 One frequent question in author interviews is, “Why do you write?” A remarkably common answer seems to be, “I can't not write. My characters harangue me until I tell their story.” These writers often add comments to the effect that their characters tend to hijack the plot, to twist the story in directions the author never intended or expected. One of my writer friends (who seems to have a limitless imagination) tells me that her characters from different books compete for her attention, each one yelling and demanding to be let loose on the page.

I feel inadequate. My characters almost never talk to me, at least not in the way these people describe.

I'd like to believe that the people I create in my books feel real. I work hard to avoid stereotypes, because I want my readers to be surprised and delighted by where my stories take them. After hearing about the experience of my character-obsessed (or perhaps I should say “character-possessed”) friends, though, I begin to wonder whether my characters are somehow less vivid or fully-fleshed than theirs.

My characters do talk to each other. I couldn't write dialogue if that were not true. When I 'm at a spot where a conversation seems to be required, I alternate mentally among the POVs of the participants and write down what they say. In a sense, I do “hear” them in my thoughts, but only while they're speaking.

I also sometimes ask my characters questions when I'm stuck over some plot point. “What are you going to do now? What do you want?” Answers typically come as disembodied ideas, though, rather than straight from the character's mouth. Also, unlike some authors, I don't find that my heroes and heroines generally order me around, or reveal themselves to be totally different people from my initial impressions.

Sure, I come to understand them better as I write. Sometimes I discover secrets about their history or desires. Occasionally the story will veer from my expectations due to a character's revelations - but rarely in a major way.

I guess this means that my writing is “plot-driven” as opposed to “character-driven”. Intellectually, I realize that these are simply two different approaches, and that one is not superior to the other. Romance readers give such primacy to character, however, that it's hard for me not to feel inferior. Would my books be better – would I sell more of them – if my characters talked to me? Should I try to get them to open up and start chatting?

When I run my mind over my back list, one of my favorite characters is Ruby Jones from my ménage novella Wild About That Thing. A single mother abandoned by her philandering husband, Ruby's passionate about two things: her struggling blues club and her teenaged son. Her love life comes as a distant third, despite the efforts of her lead singer Zeke Chambers to convince her otherwise. Although Zeke can drive her wild with desire, Ruby's determined she's going to make it on her own. She's hot-blooded like her bluesman daddy, happy to satisfy her physical cravings, but she's not about to let any man into her heart.

When I was writing this story, I did hear Ruby's voice in my mind, but she wasn't talking to me. The experience was more like eavesdropping on her own thoughts. It was a particularly poignant experience because she in some sense hears voices – the internalized criticisms of her controlling mother, which seem to find fault with everything she does. 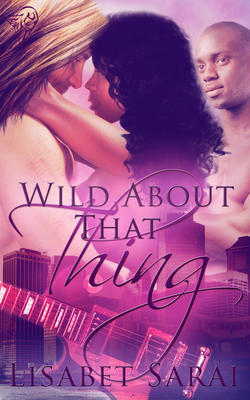 Get hold of yourself, girl. You gotta pay attention to your business.

Ruby splashed cold water on her cheeks and brow and ran her fingers through her riotous black curls. For once, she agreed with her inner critic. Her life was complicated enough without the addition of tempting strangers who inspired irresistible lust.

Her heart was still beating a mile a minute, though. She could see the pulse in her throat, making the brown skin twitch. She was hot-blooded—Zeke often told her that, and she knew it was true—but there was a time and place for sex, and this wasn’t it.

Her clit throbbed inside her soaked panties. Her nipples were so sensitive that the rubbing of her lace bra felt like burlap. She closed her eyes and tried to centre herself.

Breathe. That’s what her papa used to tell her, before she got up to sing. Inhale, then let all the feelings you don’t want pour out along with the bad air. The old trick still worked. Gradually, her skin cooled and her heart slowed to a more normal rate.

When she used the toilet, she saw that her bikini briefs were even wetter than she’d expected. Too bad she didn’t have time to nip upstairs for a fresh pair, but she’d been in the john too long already. She needed to get back to work.

Ruby struggled to pull the damp, tight jeans over her ample hips. It’s like I’m a teenager again, she thought with a bit of an inner grin. Maybe I’m ovulating or something. There’s gotta be some explanation.

After the relative brightness of the rest room, the dimness of the club left her momentarily blind. She blinked, trying to get her eyes to adjust. It was a minute or two before she paid attention to what was happening on stage.

The band was playing The Sky is Crying, Zeke bent over his instrument, coaxing out mournful notes that almost sounded like sobs. Meanwhile, at the mic, in the spotlight, stood the stranger who’d made her sweat. He was picking at Jojo’s bass and singing the lead.

Ruby caught her breath. The guy was amazing. His solid tenor voice wrung every ounce of emotion from the lyrics. His fingers walked the strings with a confidence born of long experience. He was every bit as good at Zeke, in his own way. The real deal.

Even on stage, though, his lean body hardly moved. He didn’t tap his toes, or sway, or roll his hips. Ruby sensed the energy bottled up inside him, barely contained by his focus on the music. He was still but he was not at peace. The blues gnawed at his soul.

The lust she’d just managed to tame slammed back into her. The music coiled in her belly. Her clit pulsed in time with the beat. She rocked her pelvis and squeezed her thighs. She wanted him. She wanted to strip off her clothing and dance naked, shaking her full breasts and her ripe ass in his face. She wanted to break through his wall of control and make him beg for her.

Zeke raised his head from his picking, tossed his hair out of his eyes, and grinned at the crowd. Ruby’s lust expanded. Now she wanted Zeke’s burly arms around her, his blunt fingers teasing her aching nipples. She didn’t know what the stranger’s cock might be like, but oh, she could vividly imagine Zeke’s fat rod pounding into her, pushing her closer and closer to the sharp edge of release. She needed that, needed it right now. Otherwise, she’d go crazy.

Her body screamed for someone’s touch. She thought about easing her zipper down and slipping a hand inside her trousers. Would anyone notice? The bar was dark and all the customers were focused on the stage. It would be easy—she’d just have to keep quiet…

The end of the song released her from her trance of arousal. Ruby rushed towards the front of the bar, desperate to meet the mysterious bassist. The place had become more crowded, though. She had to inch her way forward through the sweating, clapping throng. By the time she arrived at the stage, the stranger was nowhere to be seen, though the audience was still applauding. Jojo’s bass lay abandoned at the foot of the mic stand.

“Hey, darlin’!” Zeke greeted her with his typical warmth. “He’s really something, isn’t he?”

“No idea. He practically ran off the stage. Almost like he was spooked by the crowd.”

Ruby pushed past the doorman, out into the chill April night. She peered into the darkness. The sidewalks were empty. There was no sign of the smooth, self-contained stranger whose touch she’d craved so badly.

Just as well, commented the sour voice in her head. The last thing you need in your life is another lover.

So what do you think? Does Ruby talk to you?
Posted by Lisabet Sarai at 3:00 AM