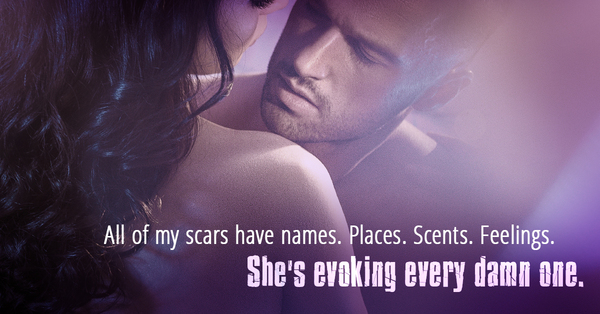 Book2 in the False series.

She thinks she’s fooled me. But I’ve known all along.

Lily is hiding something, a secret so big, she came out of a year-long coma and her first instinct was to lie.

Who does that? Someone who is afraid. No—not afraid.

Terrified. And it’s my job to take that fear away.

My partner and I have spent countless man-hours hunting down the cold-blooded killer who did this to her. Meanwhile, Lily’s spent her waking hours recovering. Getting stronger. Getting smarter.

Never get involved emotionally. That’s my dictate. Never get attached.

When you realize you’re caught in a triangle, it turns out there is no exit.

Crossing a line is easy. Holding a line takes strength.

One I have to get back.

No matter what it takes. 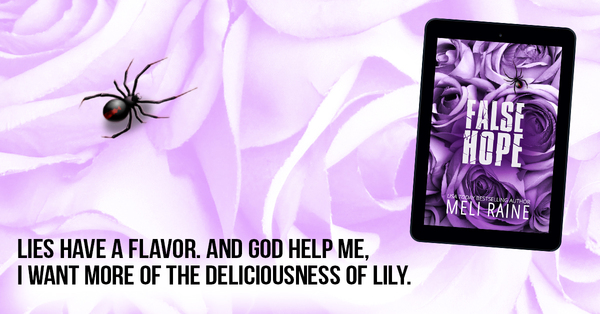 “How can you stand there in front of me after kissing me like that and tell me everything will be okay when you know there’s no way out?”

“If I thought there was no way out, Lily, I wouldn’t be here.”

“And if I thought there was a way out, Duff, I wouldn’t be here, either.”

“What does that mean?”

“It means, hypothetically,” she says slowly, “that you’re asking me to give you information I don’t have.”

“Lily, you don’t have to tell me anything.”

“But if you did, if you were going to give me one shred of information, I would ask this: Is the person who tried to kill you standing in this stairwell with you?”

I just handed her my heart. Pulled it straight out of my chest and held it up, waiting for her to take it.

Meli Raine writes romantic suspense with hot bikers, intense undercover DEA agents, bad boys turned good, and Special Ops heroes — and the women who love them. Meli rode her first motorcycle when she was five years old, but she played in the ocean long before that. She lives in New England with her family.