[A warm welcome to newly published author Brianna West! She has a super giveaway at the end of this post. Read on for details! ~ Lisabet]

I’m often asked where my inspiration stems from when I write my boys because let’s face it, they’re hunks. All of them. Nothing reads better than a pile of man-muscles, expressive and raw luminescent eyes, a whole lot of unintentional (or is it intentional?) ab exposure, and personalities to make any girl swoon right where she sits. But anyone can be a hunk if they have that, right?

My boys are an entirely different breed of man. While I would love to tell you that all my characters are inspired by real life men that exist in my everyday life, who ironically feed me syrup slathered pancakes and tell me I need to gain weight because I’m way too skinny, it’s not the reality—I would never write again if that were the case. Inspiration in my case is the result of years and years of reading romances, failed dating escapades, and dedicated in-field experience to piece together the perfect group of men.

Yes, they are hunky. And yes, they are unattainable. Until they meet my main heroines, of course. But most of all, I’ve discovered that what women truly want is a man that is not only devilishly handsome, but has recognizable and realistic flaws. A man besotted from the moment he falls for his heroine. A man that can kick ass and take names, pleasure his woman within an inch of her life, and teach his heroine what true love—one that exceeds her expectations—truly looks like.

So when I write my main characters, they’re always all these things and more. They appeal to every sort of woman. Because every sort of woman wants a man that they can grow with, to learn to love with. Ultimately, my hunks have that special somethin-somethin.

Better yet, the series thus far has not just one or two, it has nine of them! Nine delicious, decadent Guardians just waiting to find their heroine.

Currently, Lucas is mainly featured in my books. His personality is one of my personal favorites—stoic, brooding, and incredibly passionate. My tendency is to navigate towards expressionless characters. It’s my ultimate fantasy to put expression and emotion on that cool, aloof exterior.

Writing the transformation of my hunks is what I look forward to most. The moment when they start to change. The gradual change from hunk who never needed love to hunk now devastated by love. I’m pretty sure that’s the part where I’m rereading my own work three times over just to “make sure it’s right” but is really my own fangirl moment as I reread the moment love changes it all.

So, what is the hunk factor in my books? How does it differ from every other book you’ve read? Mostly, my hunks, while incredibly handsome and exceedingly powerful beings, are believable and realistic. They frustrate you as much as they charm you. Their love is undeniable and profound. They’ll make you wish that they truly existed, and if they did, that they weren’t dating seriously, engaged, married, gay or otherwise.

Because ultimately it’s the same for every woman that reads romance. We want to fall in love with that hunk. He’s our fictional boyfriend for that entire two-hundred-plus pages. And when we’re done with him, we’ll find a new one. But we’ll always remember that one hunk that exceeded them all. Those are my hunks. 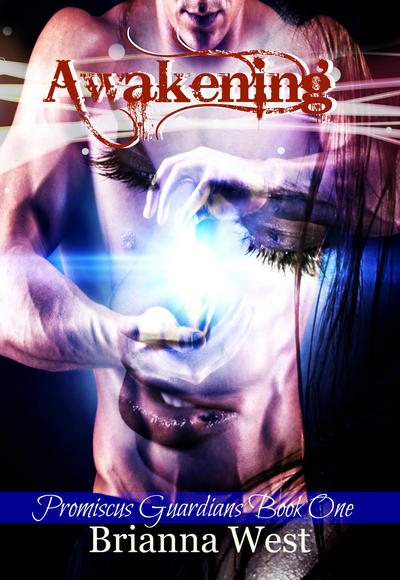 Izzy is on the fast track to nowhere. Being ordinary really blew sometimes. That's until she meets Lucas--a man that's unlike anyone she's ever met. Mostly because he isn't actually a man. He is a supernatural creature that proclaims to police the Light and Dark in order to protect humans.

And Izzy--well--she isn't the human she thought she was. She is actually a supernatural being as well. And now Lucas is going to do everything in his power to find out what she is and protect her from the Dark lurking around the corner.

Awakening follows Izzy as she navigates this new world of demons, vampires, angels, and many other supernatural creatures. Recruited by the Promiscus Guardians and partnering with the most brooding and devilishly handsome man she's ever met, Lucas, Izzy is suddenly knee-deep up crap creek. Discover the secret behind her power and why it's such a commodity in her Awakening.


I was still half asleep when I felt the body against my own, cold where I was warm. I attempted to turn, but a large arm imprisoned my body and made movement impossible. I wracked my brain for an explanation.

Did I get down and dirty with someone last night? I only had one whiskey sour, but let's just say, I'm a cheap date.

Last night, I went to the bar looking like a hoochie with Lucas. I noted that I was still in said hoochie dress. We got our information from the Pervert Twins before coming to the hotel—or was it motel? I was still unsure what the place coded as. Then, I got into bed with a delicious Guardian after a small window into his sordid past.

Which meant this was...

Mumbling, Lucas pulled me flush against him, my body now spooned entirely with his own. Oh, dear lord. I could not start my day on max!

I attempted to escape the vice-like hold he had on me. First, I pulled the arm about my waist that was probably as heavy as one of my legs.

I pushed myself back against him, ignoring the hardness I felt in my larger-than-I-would-care-to-admit-buns, and attempted to dislodge myself that way.

Dear lord, this bastard slept like the dead—pun fully intended. I laughed minutely at my humorous thoughts, fully aware of how crazed I might look should anyone be unfortunate enough to stumble upon this ridiculous scene, before putting the full weight of me into the futile attempt to escape my current imprisonment.

A hot breath against my neck caused my body to be wracked with delicious shivers. The small thrusting of his hips against my backside was just as delicious but also caused a series of curses from my mouth at the situation I now found myself.

Don't get me wrong. I wanted to jump Lucas' bones—and would have if I were not thinking about the inevitable repercussions. Lucas was not only my boss and the most brooding half-vampire, half-angel I knew—honestly, he was the only one I knew—but he also had a little bit of past when it came to love. His parents were on opposing teams, and let's just say, it didn't end well.

“For the love of god,” I growled as my attempts led only to my being out of breath. “Lucas!” I shouted. “Get the hell up!”

His responding groan and shift of weight caused my nether regions to respond in betrayal. I was all hot and bothered, especially after the dry humping. It had nearly caused me to abandon my conscience and let the good ol' Captain have his way with me.

The arm that had been imprisoning me lifted, and I all but scurried out of the bed like a frightened animal. I pulled down the length of my dress, as it had all but exposed my bottom half, and pulled up the collar in attempts of hiding the cleavage that had turned into full breast exposure during my efforts this morning.

I did my best to appear put out and glare at the man causing my body to shake with need. I needed to jump him, but I wouldn't even if he begged me. Okay, maybe if he begged me since I'm pretty sure even I didn't have that much willpower.

I'm feeling really generous, so I'm giving away three ebook copies of the first book in my Guardians series. Just leave me a comment, with your email, telling me what sort of hunk you prefer!

Brianna lives in beautiful Northern California, USA. When she's not attending to the many whims of her three adorable children, she can be found writing or reading everything romance. After spending years on the other side, she's now debuting her first novel. Her hope is that the world she creates captivates her readers everywhere, leaving them desperate for more. 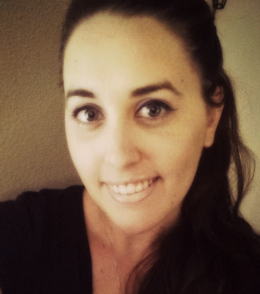 Welcome, Brianna! Thanks for being my guest. I hope this post introduces you to lots of new readers.

I don't believe in limiting myself. I like them all.
Debby236 at gmail dot com

It will depend on my mood at the time I'm reading. Sometimes I like them dark and brooding. Other times I like funny and snarky.

Thanks so much for hosting me!

This is my thing, too. I like the arrogant ones and other times, I like the stoic types. Good thing my book features many different types.

And you shouldn't! That's the best part about reading...you can go with the flavor of the week...or day.

Thanks for introducing your book! I like a variety of hunks... I love seeing their personalities shine in their stories... flaws and all! greenshamrock at cox dot net :)

That's one of my favorite parts, too. Seeing what lies beneath. Sometimes, they aren't what you initially thought they were!

And Sheila, if you could give me your email, write it out in words so that I can add you to the random draw for the ebook, that would be great!

I love hunk with a sense of humor who can make a mistake and laugh at it. Of course they have to be big, strong and good looking.
Thank you for the wonderful giveaway.

I love hunk with a sense of humor who can make a mistake and laugh at it. Of course they have to be big, strong and good looking.
Thank you for the wonderful giveaway.

Yes! That's definitely a fun hunk to have, and if you wouldn't mind putting your email down. Write it out with words, not symbols, I'll add you to the roster :)

I love a hunk who is intelligent & witty.

Better to be versatile I always says

smart, kind and with a full time job ;) thanks for sharing and congrats on the new release!

I love the full time job part lol. And leave your email written out so I can add you to the roster for the giveaway.

I like a nerdy hunk with a sense of humor.

Hey Brianna, as far as hunks go I prefer the mature, dated ones who are caring,giving, like hugs and cuddles.
Someone comfortable in his own skin that doesn't want to change you. Loves you just the way you are, including all the flaws.
jswiftbird at yahoo dot com

My new book coming out, Victor, his character fits that bill. I'd definitely suggest you reading that one, then. I love guys that have a true sense of self. Lucas is that way, but a bit immature sometimes when it comes to love.