[My sneak peek today is an Asian Gothic fantasy, Imperia. The author, Jason Hatcher, is giving away a $40 bookstore gift certificate to one lucky reader. Use the Rafflecopter at the end of the post to enter! ~ Lisabet]

IMPERIA is a tale of revenge. It is a resurrection of Asian myth. It is fantasy's untold story.

Thirty years is a long time to hold a grudge. The Red Empress has endured every single day of the past three decades living among enemies. A captive empress, she bides her time, her mind's machinations plotting a future bathed in blood. And then the future becomes the present. Across the Empire of Heaven, the winds blow calmly no more. 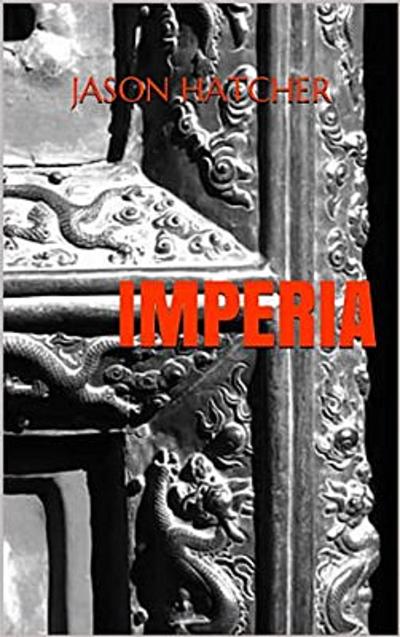 After bathing in a tub filled with orchid blossoms, she sat down at the vanity. As she gripped the comb and held it by her head, she felt its teeth scratch her scalp, and she realized that her hand was trembling. Even as her body cooled and dried, that place below felt like a cauldron boiling over.

The bedroom door creaked open then and Fei Sei gasped aloud. "Who is there?!" she shrieked, only to turn and find a Silongese maidservant staring back at her in terror. "I have all I need, thank you," Fei Sei muttered, exhaling a long sigh of relief. The girl vanished. Fei Sei turned back to the vanity mirror, making sure the water-colored dressing robe was closed around her body. She silently thanked the gods that her thick black hair had begun to grow back. It fell close enough to her chin that she no longer resembled a boy. Swollen nipples poking the surface of her weightless linen robe left no doubt whatsoever that she was female.

“I prepared the room for you myself,” a deep, male voice from somewhere behind her began to speak. She dropped the bottle of perfume from her hands. It shattered on the floor. “I chose the color of the shallow sea so that your surroundings here may comfort you.”

Fei Sei remained seated at the vanity with her back to the door. She could not summon the courage to turn around. In the vanity mirror, she could see the reflection of his bare arm, so thick with muscle and tanned to the color of red clay. A bit of his sash showed, too: a sleeveless tunic, black and gold.

Originally from Pensacola, Florida, Jason Hatcher attended the International Baccalaureate senior high school program, then went on to study Japanese and English literature at the University of Florida. He attended law school in Boston, and worked as an attorney in New York City for eight years. A lifelong lover of Asia, he spent much of his childhood in Japan. He speaks, reads, and writes Japanese, and has traveled extensively throughout that part of the world. Today, he lives in Westchester County, New York, with his husband, mother, and twin sons. 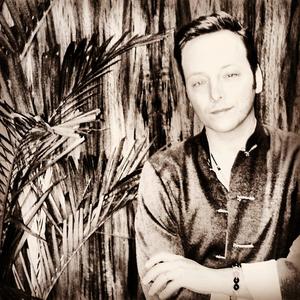 
Visit the other stops on Jason's tour, for more chances to win!

I saw that it is based on a myth. Is it a Japanese or Chinese myth or another?

Thank you for featuring my work.

Ree Dee, that is an excellent question. IMPERIA is based on a combination of both, in addition to actual historical events at the beginning and end of China's Qing Dynasty. I also try to communicate the effect of Confucian cultural influence.

Thank you for featuring my work.

Hello, Jason. Your blurb really intrigued me. I was eager to host. I also have a review copy, so I am looking forward to reading it.

looks and sounds fabulous! Thanks for sharing :)

I just saw this on another blog. It looks mroe amazing the more I read.

This excerpt has me intrigued. It says read more. Thank you.

This actually sounds really, really good. I love reading myths that have been redone and reshaped. And come on? Who DOESN'T love a good revenge story?

Sounds like a very cool read - thanks for sharing.

I am always looking for new authors to read. Your book sounds like the kind I enjoy reading.
jwisley(at)aol(dot)com

I'm always looking for different books to read. Your book sounds like one I would enjoy. Thanks for posting!

What was the hardest part of writing this book? Do you have a go to author?

It is a pleasure to be featured on your site, Lisabet. I appreciate the opportunity to be here. I hope IMPERIA resonates with you, and I look forward to any review you may write.

Erin, I appreciate that. Fabulous is always something I strive for, and I think the Empress Fei Sei would appreciate the compliment as well!

Thanks SharonJM, and I hope you enjoy the Empress's journey.

Thanks, Annie! You know, writing is a solitary endeavor in many ways, so to see others inspired by my vision is very uplifting for me. I hope you get something out of it.

Thanks, Bob, for your interest! I hope you enjoy the book.

I hope it gives you a glimpse into another time and place, full of magic, both light and dark. I appreciate your interest.

Parts of the dialogue were difficult. The characters represent extremes of social class, so their speech varies, and tends to be polished and then crude, deliberately. It's also a challenge to communicate to the reader a rural accent in a fantasized language using American English. I got some flack for that, actually.

I have two favorite authors: Anne Rice and Amy Tan.

How did you prepare yourself to write a story with a woman as the central figure? I see that your favorite authors are women, did that play a part?

I am getting such insightful questions on this blog! I enjoy answering them. Sue, I think a lot of it has to do with the fact that I am an effeminate gay man. I know what it means to want a man sexually. I understand maternal instinct, frustration at being considered the "weaker" gender, and other countless sensibilities because I feel them.

Those I admire and portray are usually female, simply because I relate more easily to their struggles. Masculinist autobiography is alien to me.

Thanks for sharing this with us.

Thanks for sharing this with us.

I like that the story is based on a myth.

Ohhhh, a revenge tale. I am fascinated already.

Thanks for your interest.

Yes, Fei Sei has some unfinished business, that's for sure!

wow living in japan that must have been different in every way from USA.

Absolutely, it is... Everything is different, in a visceral sense. The air smells different. Everyday sounds and noises are different. The food is so healthy that after a while, an American will start to crave sugar and fat. It takes so long to fly there that you feel as if you're being transported to another world entirely.

I love Japan. It's far more varied than most people think. Lots of different landscapes and regions, each of which has its own history, culture and food. I wish I could speak and read Japanese, though. It's daunting to walk around with no idea whatsoever what signs say.