[As a break from non-stop erotica and romance, I've got a sneak peek at a great mystery for you today. Libby's giving away a $50 gift certificate as part of her tour. Enter using the Rafflecopter at the end of the post! ~ Lisabet]

Hired to produce a candyfloss profile of Chicago-based aviation giant, Delcroft, Ellie is dismayed when company VP Charlotte Hollander, the architect of a new anti-drone system for Delcroft, trashes the production and cancels the project. Ellie believes Hollander was spooked by shots of a specific man in the video footage. But when Ellie arranges to meet the man to find out why, he’s killed by a subway train.In the confusion, she finds a seemingly abandoned pack of cigarettes with a flash drive inside that belonged to the now dead man.

Ellie has the drive’s contents decrypted, but before long she discovers she’s under surveillance and thrown into the middle of a situation filled with drones, hacking, and Chinese spies that put her life and those she loves in mortal danger. 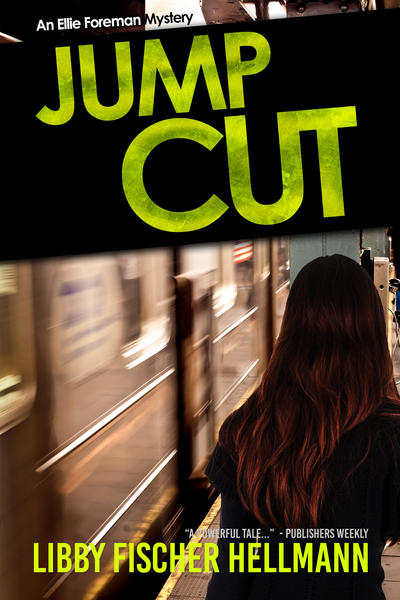 Before my gangstah-rap neighbor emptied his AK-47 into his buddy, the most exciting thing to happen in our village was the opening of a new grocery store. The store hired a pianist who played Beatles tunes, no doubt to persuade shoppers to part with their money more easily. My neighbor, rapper King Bling, was helping his fans part with their money too, but the shooting ended all that. Once he made bail, he moved and hasn’t been heard from since.

And so it goes in my little corner of the North Shore, about twenty miles from downtown Chicago. There are benefits. The King, as he’s known to his disciples, gave our cops something to do besides ticket speeders. And the new grocery store gave me the chance to buy prepared dinners so I could dispense with cooking.

Both of which come in handy when I’m producing a video, as was the case now. We didn’t finish the shoot until seven. I raced up the expressway toward home, dropped into the store, and was eyeballing a turkey pot roast—the only one left—when my cell trilled. I fished it out of my bag.

“Mom, where did you get the shoes?” I heard chatter and giggles in the background.

“The ones you gave Jackie.” My daughter, Rachel, had successfully, if unbelievably, graduated from college and lived in an apartment in Wrigleyville. Jackie was her roommate. “Everybody thinks they’re awesome.” 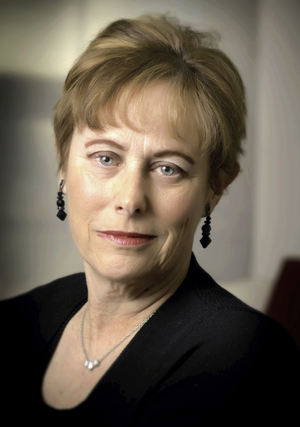 Libby Fischer Hellmann left a career in broadcast news in Washington, DC and moved to Chicago 35 years ago, where she, naturally, began to write gritty crime fiction. Twelve novels and twenty short stories later, she claims they’ll take her out of the Windy City feet first. She has been nominated for many awards in the mystery and crime writing community and has even won a few. *

With the addition of Jump Cut in 2016, her novels include the now five-volume Ellie Foreman series, which she describes as a cross between “Desperate Housewives” and “24;” the hard-boiled 4-volume Georgia Davis PI series, and three stand-alone historical thrillers that Libby calls her “Revolution Trilogy.” Her latest release, The Incidental Spy, is a historical novella set during the early years of the Manhattan Project at the U of Chicago. Her short stories have been published in a dozen anthologies, the Saturday Evening Post, and Ed Gorman’s “25 Criminally Good Short Stories” collection.

* She has been a finalist twice for the Anthony, twice for Foreword Magazines Book of the Year, the Agatha, the Shamus, the Daphne and has won the Lovey multiple times.

Visit the other stops on Libby's tour for more chances to win!
http://goddessfishpromotions.blogspot.com/2015/12/book-blast-jump-cut-by-libby-fischer.html

Welcome to my blog, Libby! This sounds like a great book. I love the snappy excerpt.

Good luck with your tour.

Congratulations on your cover reveal the book sounds very intriguing.

Thanks so much for hosting Jump Cut! If anyone wants a lengthier excerpt (chapters 1-4), you can find it here: http://libbyhellmann.com/my-books/Jump-cut. Happy to answer any questions...

Libby is a new-to-me author. Love the cover of this book and love the excerpt too. Sounds like an exciting story.

I'd never heard of this author before today, but the excerpt of the book sounds incredibly interesting! I'll have to check it out!

Jump Cut sounds so captivating! I look forward to reading it and congratulations on the new book.

What is the hardest part of writing a book for you? Do you have a favorite author?

Thanks for sharing... enjoyed what you shared!

The hardest part is actually writing the d--n thing. I love plotting, figuring out who does what to whom... but sitting down to put the right language and authentic dialogue together is my biggest challenge. I'm always second-guessing myself.

Btw, I've had a couple of questions about this, so just to clarify: Even though the Amazon and Kobo prices say $4.99, I will lower them before Feb 29th so you'll only pay 99¢ if you pre-order now. If you check Nook and iBooks, you'll see the price is already 99¢ because they WONT honor a discount. Amazon and Kobo will. Hope that clears things up. Thanks again for hosting Jump Cut! Good luck , everyone, on the Rafflecopter.

I can't wait to read the book. It is now on my TBR list.

I am always looking for new authors to read.
This book sounds like the kind I enjoy so I have added it to my TBR list.
jwisley(at)aol(dot)com

I love a good mystery and so happy you did not choose the Russians as the bad guys. Seems too many people do not like the Russians nowadays =(

Now I need to know what shoes Ellie gave to Jackie because something tells me Ellie didn't give her the shoes. This looks good. Going to put it on my wish list now.

This definitely sounds interesting and I have to check it out.

This definitely sounds interesting and I have to check it out.

The excerpt did its job, it definitely left me wanting more.

looks and sounds fantastic! Thanks for sharing :)

THen you might not want to read Nobody;s Child, although it really is a good book, Tatiana... :)

Sherry, I have a lot of favorite authors: Sara Paretsky, Tess Gerritsen, Karin SLaughter, Gillian Flynn are some of the female writers I never miss. Also WIlliam Kent Krueger, the author of I AM PILGRIM, RED SPARROW... there are some super authors out there.

sounds intense!will have to see how that book turns out.

This is a new to me author and I hope to read this intriguing book.

A very interesting bio too.

Thank you for the excerpt!

I've added this one to my wishlist so I won't forget to buy.

Thank you for the excerpt and the giveaway! I am looking forward to reading this soon!