I’d like to see a literary reboot of Little Women where Jo is gender fluid and Laurie is the March family’s gay pal. Or a sequel to Tom Sawyer where Tom and Huck are a couple of old queens reminiscing about their shenanigans on the Mississippi.

The most unconventional romance I read this year was Glutton for Pleasure (Samhain Publishing Ltd, 2010) by Alisha Rai about a woman who falls in love with twin brothers. Spoiler Alert: they all end up together.

Society is bombarded by heteronormative monogamous tropes in our films, music, literature and general culture. I like to discover alternatives and offer them. My favourite characters are those who can’t or won’t even try to fit in to a white picket fence lifestyle where their goal is to own a house with a two-car garage, work at the same job all their lives and find “the one.”

I hear a new Bridget Jones movie is imminent. Wouldn’t it be cool if Darcy, Bridget and Daniel shacked up together in a bisexual love nest? Or to go back to “Pride and Prejudice,” instead of a remake with zombies, how about a remake with queers? Or queer zombies even.

I like plucky characters who struggle to figure out where they fit in. Some of my favourite recent reads were Daniel Allen Cox’s Mouthquake (Arsenal Pulp Press, 2015), set in Montreal, where a young gay man with a stutter tries to figure out his place in the world. It’s a beautifully poetic and poignant work. I love Heather O’Neill’s Lullabies for Little Criminals (Harper Collins, 2006) whose main character, Baby, is a thirteen-year-old girl with a drug-addicted father and no mother. She has to learn how to survive, squatting in old crumbling houses or on the streets with the hookers, pimps and con artists. Kid Stuff by Tom Walmsley (Arsenal Pulp Press, 2003) and pretty much all of his writing deal with people living lives of poverty on the wrong sides of the tracks who are dealing with violence and crime, and often struggling with their sexuality.

As a reader, I am always relieved when I read about such characters, whose lives represent more of what I’ve experienced. As a writer I feel the need to offer readers characters and stories that don’t fit in with the so-called (North) American dream of happiness and success.

I wrote a poetry book entitled Kiki (Chaudiere Books, 2014) inspired by Kiki of Montparnasse, a renegade model, cabaret singer, renaissance woman who fucked a lot of different artists in Montparnasse between the wars and didn’t apologize for it. And many of my stories so far (Coming Together Presents Amanda Earl, 2014) are about characters who rub against the smooth veneer of society. 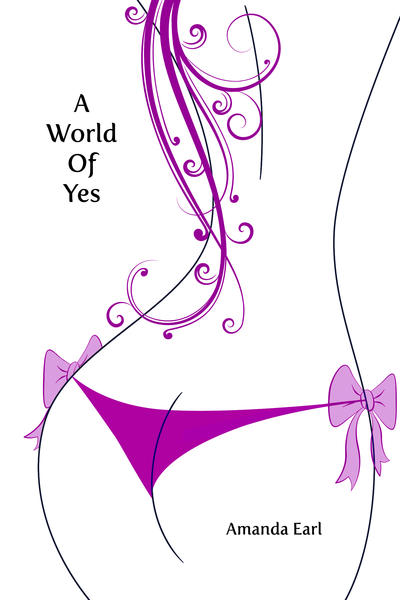 I enjoyed writing the characters in A World of Yes, particularly Bonnie. I am fascinated by people and have an insatiable curiosity about their lives, their inner thoughts, the secrets they hide and their values. Bonnie gets herself into some silly situations that evoke Bridget Jones or Lucille Ball. Life is absurd and often full of comedic moments. I want my characters and my writing to reflect that as well.

I recently told a dear friend that I make up characters like I used to make up imaginary friends when I was a child and for the same reason: because I am lonely. I am lonely in a room full of people at a party. I don’t fit in with the status quo. I’m a polyamorous, happily married woman in my early 50s with an insatiable libido and a kinky side. I don’t find a lot of role models or kindred souls around either in real life or in fiction. I feel like I am an alien who came from a different planet.

Everything I write or create is an attempt to connect with fellow aliens. I have to believe they’re out there. Bonnie is one of them.

Here’s a short excerpt from A World of Yes, to reveal a wee bit about Bonnie’s character. A longer sample can be found on Smashwords.

I wrap myself in robe and sit on the bed to paint my toe and fingernails. I’ve never understood how other women manage to do this without making a huge mess and looking like accident victims. I have a hard time bending down to reach my toes. I’ve tried various contortions, feeling like a Cirque du Soleil acrobat. Often I call on Esmeralda or Charlene to help out, but there’s no time, so I plop my foot up on the Complete Shakespeare. ‘Out damned spot!’ I think as I take the nail polish remover and a cotton pad to remove the extra polish I’ve managed to schmoosh all over my toes, and even on my elbow somehow. The fingernails are easier, but I still have to sit around for a good fifteen minutes letting them dry. I have a habit of doing this at the very last minute so that they stay wet. It’s not unusual for me to walk out the door with a smush of nail polish on my index finger and a smear on my thumb.

Drawing for a free e-book! I’d love to hear your comments on any of the above. As incentive, I’ll be drawing a name out of the comments box on January 9 to receive a coupon for a free e-copy of A World of Yes. 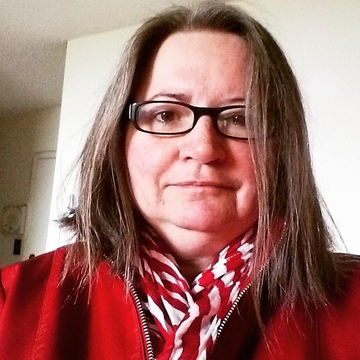 Amanda Earl is a Canadian publisher, poet and pornographer who lives in Ottawa, Ontario. Her novel A World of Yes (DevilHousePress, 2015) is available as an e-book on Amazon and Smashwords. Her poetry book, Kiki came out with Chaudiere Books in 2014 and a collection of smutty fiction, Coming Together Presents Amanda Earl was published in 2014 also. Amanda is the managing editor of Bywords.ca, Ottawa’s literary hub and the fallen angel of AngelHousePress with its transgressive imprint, DevilHouse. After a near death experience/health crisis in 2009, Amanda insists on leading a vigorous life that focuses on love, lust and whimsy. Read about her in secret at http://amandaearl.com/ or connect with Amanda on Twitter @KikiFolle.

Congratulations on the new release, Amanda!

I'm looking forward to reading it.

thanks, Lisabet. & thanks for featuring me on your blog.

Can't wait to read this, even better if I could win it!

I think doing those kind of things with old characters would make for fun reading. I know I would read it. I love the remake on fairy tales.
debby236 at gmail dot com

Loved the original Tom Sawyer so this book should be a great read.

Congrats on the new release, Amanda. I like your idea of new takes on classic stories, the idea of Tom and Huck as a couple of old queens looking back at life & their shenanigans is AWESOME (Tom DID cross dress at one point :) )

thanks. good point about Tom. i'd forgotten :)

my book has nothing to do with Tom Sawyer alas. :)

Yeah it's so frustrating when people generally have claustrophobic ideas about what being human is. Even just casual interactions wind their way into tight boxes. Look forward to reading Mouthquake and Little Criminals and gonna get me a copy of Coming Together. Thks.

i like how you put that. i hope you enjoy the books. cheers.

Mindy is the winner of a free pdf copy of A World of Yes. congratulations, Mindy. thanks to everyone for commenting.

you've won the book, Mindy. sent you an e-mail to the account listed on your blog but haven't heard from you. give me a shout with your e-mail please.

ME! Thank you sooo much Amanda :)
Do you need my e-mail? I'm Birdsooong@comcast.net.
Thanks again Amanda :) Mindy :)

thanks, Mindy. i've e-mailed to you. happy reading!