In a devastated country, those in charge rule by fear, inequality, and oppression. Rhia, a strong and independent sea captain, just wants to keep her head down and do her job, until she finds herself trapped in a re-education facility designed to help people fit into the rules of the New Way Forward. The warden claims to be guiding those in her care, but Rhia quickly sees the cracks in the system. As she is faced with torture and brainwashing, those cracks become gaping holes that threaten to pull her down into the depths of despair. Can Rhia resist the slow subversion of re-education and become the reluctant hero the new world needs?

RUN Ragged is the thrilling second story by the award-winning author of Women’s Work. This brilliantly imagined novel is both a scathing satire and a profoundly poignant look at the price we are willing to pay for peace and what we are willing to ignore to keep our conscience clear. 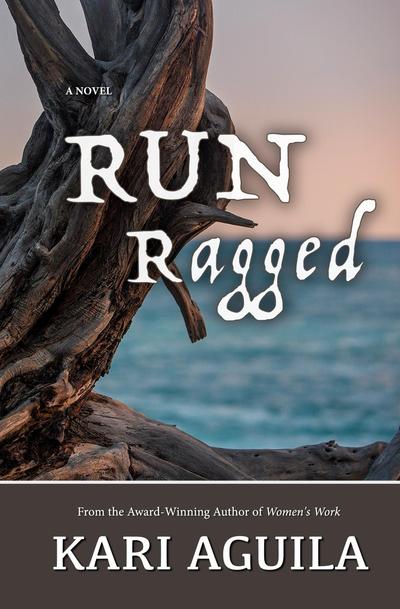 His dark, weather-rough hands turned her shoulders to face him, and his brow furrowed as he began to tighten the straps of her PFD.

“Hey, girlie, those breasts aren’t gonna keep you afloat if you fall in the drink. You think you’re indestructible, but you’re not. Make sure you’re snugged up.” The gruffness of his voice was canceled out by a quick wink as he looked up at her young face.

Rhia smirked. “You, too, old man. Make sure you’re snugged up.”

Three hours later, they huddled together in the berth, holding the wooden rail that ran the length of the wall as the boat slammed down into the trough of another wave. Rhia could see the pallor of her father’s face in the constant flash of lightning. His chin was tucked low to his chest, his eyes focused on the floor several feet in front of him. Suddenly, they felt a snap as the anchor line parted, and the boat began to yaw hard to the side. He jumped to his feet and flew up the steps to the main cabin.

The constant roar of air and water pounding at the boat drowned out his shouted directions. By the time Rhia reached the main cabin, salt water was spilling over the starboard rail and sloshing across the deck. It would take her father only a few minutes to pull the series drogue bag from its locker, attach the bridle legs to the corners of the transom at the stern, and drop the weight chain overboard. A hundred five-inch yellow cones would feed into the sea, catching the power of the wind and the waves and swinging the boat into position stern to storm.

Struggling to remain standing as the boat twisted below her, Rhia dug out a bail bucket and checked the switch for the bilge pump. Once the series drogue was deployed, all they would have to do was hunker down and wait out the storm. She began to think about the annoyance of pulling in all the line for the drogue when the wind abated tomorrow. Joseph always made her recover it and stow it back in its bag, and it took hours.

“Ah, there we go,” she said to herself as the boat swung around and caught. Her legs wide to absorb the motion, she waited for her father to return to the cabin. Thick sheets of rain ran down the windows as she watched the sky, the flashes of light, and the spray of water all around her. But as the minutes passed, the sound of the raging storm seemed to disappear. Standing alone in the dark cabin, she became aware of the sound of her breathing and the growing emptiness in her chest. Her father did not return.

Kari Aguila was the recipient of an IndieReader Discovery Award for her first novel, Women’s Work. Her stories are gripping and thought-provoking looks at gender stereotypes and relationships set in a dystopic future. She is also an avid gardener, geologist, outdoor enthusiast and mother of three. Aguila lives in Seattle with her family. RUN Ragged is her second novel. 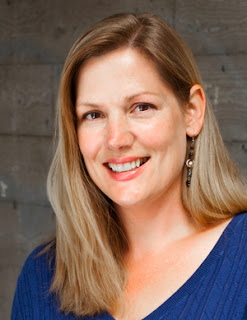 Giveaway! Kari will be awarding a $20 Amazon or B/N GC to a randomly drawn winner via rafflecopter during the tour.

Visit Kari's other stops for more chances to win!

I love speculative fiction, especially when it explores issues of gender. Good luck with this!

Thank you, Beyond Romance for hosting RUN Ragged today! I'll be checking in several times, so feel free to ask questions or post comments. RUN Ragged is a gripping story that poses questions about gender, equality, the corruptibility of power, and relationships.

You'll love how exquisitely human the main character, Rhia, is. She really just wants to do her job and keep her head down, but she's forced to face the whispered rumors that have been growing about the new matriarchal society. It's a terrific story for book clubs, and I've been getting a great response from readers.

RUN Ragged follows a minor character in my first novel, Women's Work. Same setting, very different story. You don't have to read both, but you will want to!

You can read the first few chapters of both books FREE on Amazon, too!
-kari

Enjoyed the excerpt, sounds like a great read, thanks for sharing!

What was the worst movie adaptation of a book?

Who is your favorite author?

I've read a lot of Margaret Atwood, and love how she builds insane, yet thought-provoking worlds. But, you can't only read her stuff or you'll have a pretty skewed view of the world. :) I like the heart-wrenching family dynamics in Carol Shields' books; the way Cormac McCarthy makes me HATE his books right up until the very end, when I suddenly realize where he was going the whole time and what he was trying to say; the way Wally Lamb can suck me into minutia; and the way Toni Morrison shows me lives and loves I wouldn't have otherwise known. My favorite author is one who is an expert at something -- whatever it is -- and shows their passion for a subject through their writing. The Martian was great for that; Ahab's Wife was like stepping back in time; TransAtlantic left me feeling like I'd lived a whole life. Write about what you love and you'll find a reader who appreciates it!

I really enjoyed the excerpt! Thank you so much or sharing! The cover and title are perfect!

I have enjoyed learning about the book. Thanks for sharing it.

great excerpt! Sounds like a book I will enjoy reading, thanks for sharing!

Have you read Barbara Kingsolver's Flight Behavior? One of the best books I've read in years. I also highly recommend Paolo Bacigalupi's The Windup Girl. Amazing!

I've read a few other Kingsolver books, so will check out that one, too!