A Crooked Path to Publication

For most of my life I dreamed of becoming a writer of wonderful novels about the extraordinary lives of ordinary people. While studying history in school, I imagined the many ups and downs, the twists and turns in the lives of the characters we studied. Sometimes stories and even conversations between the characters ran around in my head. My teachers called my thoughts, daydreaming, and I suppose they were a daydream of sorts. At times when I finished my school work, I found a clean sheet of paper and began a story. The first I completed was about a horse, similar to Black Beauty. The plot had a happy ending and my parents enjoyed reading the two-page story. Their smiles made my day.

After that first attempt at being an author, I wrote short stories for my family’s enjoyment, but never shared with others outside the family circle. I felt too embarrassed about my attempts at writing and my ambitions to be an author. After finishing high school, a college degree became my goal and ambition. In the meantime, I married and acquired a family, but finished a degree in elementary education. Life became hurried and hectic with a husband, children, and teaching career. Writing was pushed to the background, but as I stood over a stove cooking one of many meals, stories popped into my head. I engaged in daydreaming again, while watching the beans boil or waiting for bread to bake. I wrote many stories in my mind, but never on paper.

I went on and completed two additional degrees while taking care of my family, and teaching school or working as a school supervisor and principal. Writing was pushed into the far reaches of my ambitions. Then came retirement. My husband and I bought a recreational vehicle, traveling most of the United States and Canada. During that time, I began putting thoughts on paper and making copious notes. Several of our trips were made to the home sites of my ancestors. We made a trip to Cuba, Missouri to research my Windle family who moved from Tennessee to Missouri in the early 1800’s. On that trip, I also attended a writer’s conference in Eureka Springs, Arkansas that inspired me to begin writing a novel about my family in post-Civil War Missouri. Times were very difficult in Missouri after the war, and the plight of people trying to earn a living struck my imagination. I began researching the era in earnest and the Wades of Crawford County series materialized.

Next, through genealogy research, I discovered my Scottish roots and heritage. My ancestor, Duncan Munro, immigrated from Scotland to North Carolina in the early 1800’s. He married, then moved his family to Alabama. After the Civil War, his son immigrated to Louisiana where the son’s daughter met and married my great-grandfather. I traveled to Scotland three times in search of my Scots family, and found them in the Highlands. While in Scotland, I toured the seat of Clan Munro, Foulis Castle, and the land of Ferindonald. Ferindonald means, “the land of Donald”. Donald, ancestor of the Munros, ventured to Scotland from Ireland as a mercenary soldier to assist King Malcolm in fighting Viking invaders. After visiting Scotland, the Highland Treasures series was born.

The path to publication is indeed a rocky and crooked one. Upon completion of the first novel in the Wades series, I searched diligently for an agent and publisher to no avail. I attended conferences, entered contests, edited and rewrote the manuscript several times. All of my efforts at traditional publishing were fruitless, but self-publishing loomed as a viable means of getting a manuscript out to readers. I joined several author organizations and attended a conference conducted by a local author’s guild. After reading posts written by independent authors and taking an online course in self-publishing, I decided to form a company and publish my own books. Also, I came to the conclusion that I don’t have enough life left to go the traditional publishing route.

I view my writing and publishing as a fulfillment of a long-time dream, and I encourage other writers to go ahead and jump in there. Don’t give up, write those fantastic, amazing stories. Someone is waiting to read them. 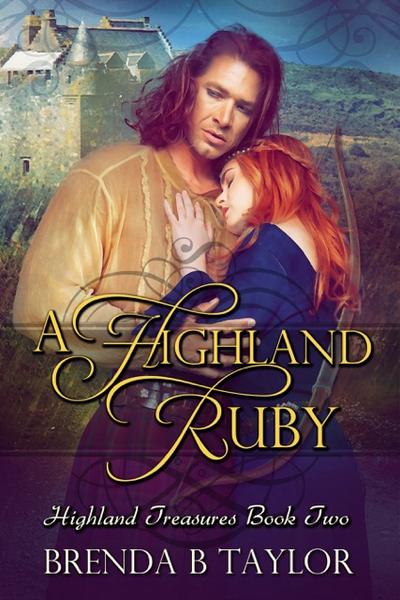 She must choose between a life of adventure with the man she loves or a settled, secure life with her betrothed. Flora Vass put Gavin Munro out of her heart and mind until he returned to Scotland after an adventurous five years in the New World. Gavin left no doubt he returned to make the bonnie Flora his own and intended to fight for her. Flora’s betrothed, Iain MacKay, and Gavin’s brother, Chief Andrew Munro, had other plans. Andrew needed her to marry the MacKay to bring peace between the two clans. Iain MacKay wanted an heir. War with England looms on the horizon, forcing Flora to choose between her heart’s desire and her logical choice.

He dozed and dreamed of Flora in the emerald gown again. Now her waist-length hair matched the deep red color of the large ruby hanging from a gold chain. The ruby and gold glinted in shards of green light flashing around her and in her eyes. How lovely she appeared, with flawless white skin, ruby red hair, and eyes to match the emerald gown. Gavin’s heart near burst with her beauty. While he watched, Flora removed the ruby from her neck, dipped the stone three times in a crystal goblet of clear water. The water turned red as the ruby.

She held the goblet out to him. “Take this and drink. The ruby’s water will drive the evil away and make you weel.”

“Aye. I desire to be well.” Gavin reached for the beautiful crystal chalice now filled with red water.

Just as his hand touched the chalice, a large boot kicked his foot. Flora disappeared with the red, healing water. Gavin’s eyes popped open. He remained still, grabbing the sgian dubh from his boot with one hand and the pistol from his belt with the other.

About Brenda B. Taylor 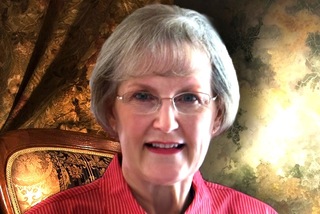 The desire to write historical fiction has long been a passion with Brenda B. Taylor. Since elementary school, she has written stories in her spare time. Brenda earned three degrees: a BSE from Henderson State University, Arkadelphia, Arkansas; a MEd from Sam Houston State University, Huntsville, Texas; and an EdD from Texas A&M University, College Station, Texas; then worked as a teacher and administrator in the Texas Public School system. Only after retirement could she fulfill the dream of publication.

Brenda and her husband make their home in beautiful East Texas where they enjoy spending time with family and friends, traveling, and working in Bethabara Faith Ministry, Inc. She crafts stories about the extraordinary lives of ordinary people in her favorite place overlooking bird feeders, bird houses, and a variety of blooming trees and flowers. She sincerely thanks all who purchase and read her books. Her desire is that the message in each book will touch the heart of the reader as it did hers in the writing.

Those of us who enjoy making up stories and writing always seem to find our way back to them. I enjoyed your post. Thanks for sharing your winding road back to writing.

Welcome to Beyond Romance, Brenda! I love the fact that you are finally living your dream. I also really like the way you've woven your own history into your historical novels. Good luck with Highland Treasures!

Thank you for visiting. Writings can find no peace from the stories running around in their heads.

Thank you for hosting me on your exciting blog. Hopefully, my story will inspire other writers to pursue their dreams.

I love how every bit of your life contributed in some way to your dream. Simply awesome!

Thanks Jessie. Now I have the time and vehicle for writing and publishing the stories running around in my head.

I'm glad that you never gave up on your dreams. So many people do and then they regret it. How exciting that you were able to find out so much about your family. My husband's family is from Scotland. I haven't been there but I would love to go!

The best part of dreams is making them happen! Congrats for following your dreams to fulfillment.

I enjoyed hearing more of your story!

Thanks for visiting, Melissa. The stories in my head would not let me give up.

Thanks for stopping by, E. I've found making dreams happen is hard work.

I appreciate your visit, Sherrie.