The hardest part about writing is....

The hardest part about writing is…

...whatever I’m working on right now. When I’m writing a first draft then that’s the hardest part about writing. After all, you haven’t gotten to grips with the characters yet; you don’t quite know how – or whether – the plot is going to work out; you don’t know if you’re going to be able to get into the flow of it and have everything come smoothly or whether you’re going to have to force every word out against its will.

When I’m in that stage everything afterwards seems so much easier. After all, with rewriting at least you have a good idea of what’s happening. Many of the questions you had at the start of the first draft have been answered, and you’ll already know which parts you’ll need to go back and spend some serious time on. So easy.

Until I get into the rewrite. Then it’s the hardest part of writing. Because now a whole lot of things have been set into stone. Find a problem here and not only will you be rewriting a scene from scratch, you may as well start over. And although you knew exactly how to fix things up while you were going through the first draft, you didn’t make notes and you can’t quite remember, or if you did make notes they don’t make sense, or they won’t work with the other eight changes you’ve had to make so far.

But that’s okay. After all, this is the hardest part. It’s to be expected that things won’t go smoothly. At least once this is in the bag you can get a manuscript assessment to make sure that things that are well out of place will be caught, and you may even get a few pointers at things you’ve completely failed to spot so far. The rewrite following an assessment is obviously going to be easier than the one you’re doing know when you’re relying solely on your own judgement.

Well the assessment came back. Very useful. Mostly complimentary. Apart from the changes you have to make to chapters four and sixteen because you hadn’t noticed that your week had nine days in it, and the action at the beginning has to take place on a Monday, and the end has to take place on a Sunday, and there are other key pointers that mean that you can’t quite work out how it’s all going to fit in, and it won’t make sense if you draw it out to a fortnight because then there’ll be too many opportunities to sit back and think about things and no one’s going to believe the characters aren’t going to take those opportunities and you’ve put all that work and effort in and it’s going to go to waste because forget about the rest of it this, this, THIS is the hardest part. 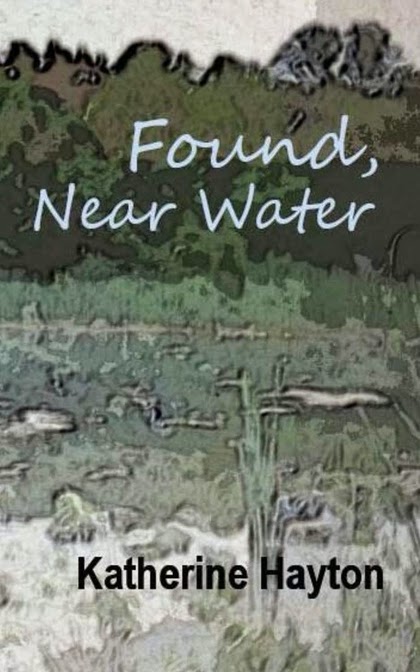 Rena Sutherland wakes from a coma into a mother’s nightmare. Her daughter’s is missing – lost for four days – but no one has noticed; no one has complained; no one has been searching.

As the victim support officer assigned to her case, Christine Emmett puts aside her own problems as she tries to guide Rena through the maelstrom of her daughter’s disappearance.

A task made harder by an ex-husband desperate for control; a paedophile on early-release in the community; and a psychic who knows more than seems possible.

And intertwined throughout, the stories of six women; six daughters lost.

On the fifteenth of March 2007 I came home after a short day’s work, and Emma wasn’t there. Jacob was, but he was unconscious on the bed and from the smell of him he hadn’t got to that state accidentally.

There were the police asking endless questions. There was the media attention and my daughter’s photo pasted across the front page of a lot of newspapers. She didn’t look anything like those photos. She was living, breathing, full of motion and life and energy. She would snuggle in next to me on a weekend morning and run a length of my hair through her pudgy wee hands and exclaim in admiration ‘Mummy. You’re so pretty.’ 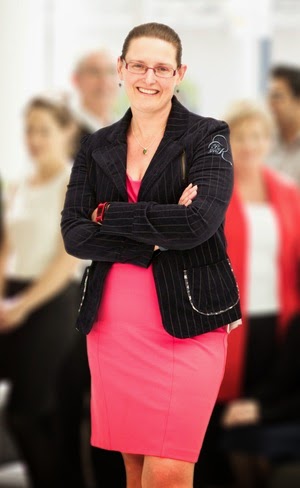 Katherine Hayton is a 41 year old woman who works in insurance, doesn't have children or pets, can't drive, has lived in Christchurch her entire life, and currently resides two minutes’ walk from where she was born.

For some reason she's developed a rich fantasy life.

Buy her book and she'll be able to retire in luxury. Or in comfort. Or in just-scraping-by-but-at-least-I'm-not-in-the-office-24-7-ness.

You could win a $50 bookstore gift card! Use the Rafflecopter widget below to enter.

Visit all Katherine's blog stops and enter at each one, to increase your chances of winning. You'll find a different post at each stop.

Hi Lisabet, thanks very much for hosting me today. Thanks also to any of your readers taking the time to drop by and have a look. Cheers, Katherine.

I'm delighted to play host to your tour. Found, Near Water sounds fascinating and different. And I have to say, i love your bio. We're all looking for that "retire in luxury" dream, aren't we?

I hope this tour sets you on the path to realizing yours.

congrats to Katherine on the new release! This looks and sounds fantastic! thanks for sharing!

Even though I can't bring myself to read anything that has to do with children being hurt in any way, I enjoyed reading the blog post. Congrat, Katherine on your new release. May you sell so many that you can retire in total comfort.

It's always interesting to hear about an author's process!

What I liked best today is "the hardest part about writing is..." post.
lringel(at)comcast(dot)net

Thank you for sharing your writing process with us.