Well, I've finally done it. I've self-published a book! My new holiday short, Slush, is available now at Smashwords and Amazon and will hopefully hit other venues in the next few days. 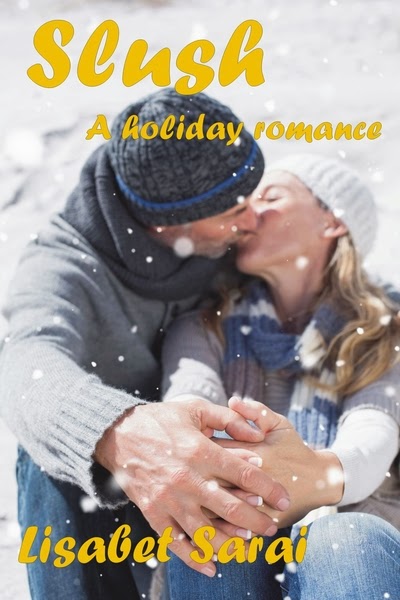 Of course my snog has to come from this heartwarming story. Here's the blurb:

Hot shot Boston lawyer Ian Pierce has everything but peace of mind. Christmas Eve finds him alone, wading through the slush to his BMW so he can drive back to his lonely luxury apartment. Then everything goes black. He awakens with an aching skull to find himself in a freezing, boarded-up garage occupied by a street kid. At first he blames the dodgy-looking youth for his troubles, but before long he realizes the raggedy girl who rescued him from the gutter may well be a Christmas angel in disguise.

The tale draws heavily on my recollections of miserable New England winter weather, hence the title!

The book is available in all popular formats here:

And in Kindle format here:


After reading my kiss, head back to Victoria's Snog Central for more sexy snogs.

He reached out, stroking her golden locks. He couldn’t help himself. Her hair was as silky as it looked. Daisy glanced up at him through the blond curtain, her smile returning.

“How’s your head?” she asked, the brightness in her voice almost believable.

“Much better.” He allowed his hand to drift to her shoulder and down her arm. She trembled when his fingertips brushed her bare skin. “Thanks to you.” He squeezed her tiny hand in his larger one. “You’re my Christmas angel, Daisy.”

He grasped her pointed little chin with his other hand to draw her closer. She didn’t resist. Now her face was mere inches away, her steel-gray eyes fixed on his. Her lips parted. Her breath came fast, in little sighing pants. He ached for that sweet, enticing mouth, an ache that drowned out the residual throbbing in his skull and even the swollen pulse of need in his groin.

He didn’t dare. He was afraid – afraid she’d pull away, afraid of screwing up something simple and perfect with his selfishness .

In the end, she made the first move, leaning toward him just enough to press her lips against his. That was enough. He released her hand to wrap his arms around her and clutch her to his chest, kissing her with a ferocity he couldn’t control. He needed this so badly – the warmth, the softness the illusion that someone cared...

Daisy returned his kiss with equal desperation. She opened to him without any prodding, sucking his tongue into her mouth to tangle with her own. Her fingernails scored his back even through the undershirt as she tried to pull him closer. She plunged her tongue into his mouth, nipped at the corner of his cold-chapped lips, moaned and writhed in his arms when he slid away to nuzzle the hollow under her ear.

“Ian...please...” All at once she broke their embrace. With one fluid movement, she dragged her tee shirt over her head, baring modest but flawless breasts topped with cranberry-red nipples. She didn’t say anything further, just held his gaze as she hiked up her buttocks and rolled the knit long-johns down over her creamy thighs. A gust of female musk rose from the blond tangle hiding her pussy, masking the scents of charred wood, diesel and rot.

In two breaths, Ian’s half-erect penis swelled to full hardness. Daisy lay back on the blanket with her knees raised and her moist sex open to his view, tempting him. He yearned to launch his body onto hers, to mash those luscious little tits against his chest and drive his cock into the hot, wet cleft that exuded such a heavenly fragrance. Something held him back, though. I don’t deserve her, he thought. She’s too young, too strong, too good... too good for a nasty, angry son of a bitch like me.


Get your copy today!

http://www.amazon.com/dp/B00QNMYV5O
Posted by Lisabet Sarai at 3:00 AM

Big congrats on self-publishing! I know how much work that is but I know you'll have great success.

Actually, it was far less work than I expected. That's one reason I'm in such a good mood!

Have a great holiday!