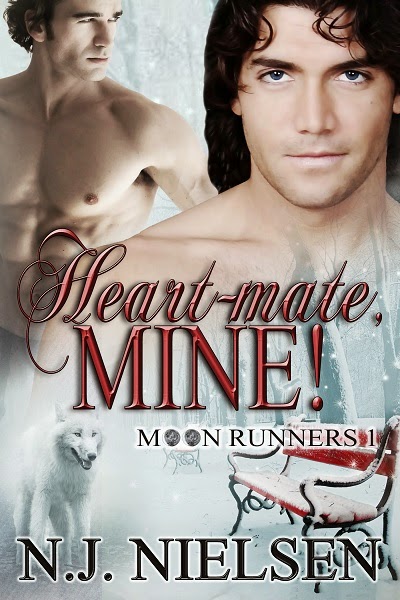 Two lives—One destiny. When fate decides two people belong together, nothing can stand in its way. Liam Kantry and Carlo Bruenelli find themselves caught up in the madness of Christmas and taking care of a child as they discover the meaning of being true heart-mates.

Liam Kantry wants to be with the man he has loved his whole life, yet incessant gossip and innuendos have labelled him the pack whore—a point he has never disputed. Now the rumours have come back to bite him in the arse.

Carlo Bruenelli is waiting for his heart-mate; he's one of the pack who truly believes they really do exist. In his heart he wants it to be his best friend, only problem is he knows Liam doesn't believe in heart-mates. What will it take to change Liam's mind? And should he even try?

Christmas is drawing near, and between snowball fights and the inter-pack gathering, Liam and Carlo find themselves caught up in the excitement and obsessing over what their future holds. Especially when a small child forms a bond with them. They learn there is more out there than they ever dreamt was possible.

Can Liam and Carlo work around the newness of their own mating to protect someone who needs it most?

Excerpt:
Everyone had a fear, and Carlo's was probably no different to anyone else's. His fear involved running into the love of his life, Liam Kantry, and being ignored completely. Liam often starred in Carlo's nightly dreams of who his heart-mate should look like, yet sadly Liam only ever looked at him like an annoying, dorky, younger brother--a brother you didn't want hanging around all the time. Usually, it was hard to avoid him since they belonged to the same pack. Thoughts like these had been plaguing him for the last month or so leading up to this special week.

The Moon Runner Pack had been chosen to host the inter-pack meet-and-greet on their lands where guests from other packs would be coming in hope of finding a mate. Most people didn't believe in heart-mates. Carlo was truly one of the few in the pack who actually believed heart-mates existed. Somewhere out there's the perfect person looking for me. A tingle of excitement surged through him at the mere possibility of it being true. I'm twenty-one. I'm finally old enough to attend the party. Let's hope he's here and just as eager to meet me. Wish it could be Liam, but wouldn't we have known by now if we were? Hopefully Christmas Day I'll have pushed aside my crush on Liam Kantry and I'll know whether or not my heart-mate is out there searching for me as well—that is, if he even comes to the gathering. My luck, he won't even bother turning up.

Man, he hoped he was wrong and his heart-mate existed in the here and now, waiting to meet him as well. Never once had he doubted that his future mate would be a male. Fate wouldn't be so cruel to pair him with a woman he could never really love. Being mated to a female wouldn't be fair to either of them. If it came down to his mate being someone who wasn't male, he'd simply explain everything to her and let her find someone else she could be happy with. Carlo had even heard that this year there were packs coming to attend from even farther afield than usual. This gathering also became the time new alliances were made between packs, where packs could ask another for help in any way. Bloodshed was frowned upon at these gatherings, but sometimes it became unavoidable—or so he'd been told.

The alpha had asked him, because it was his first time, to become involved this year by being seen at the meeting hall, not hiding away from the pack like he usually did. Apparently all members of the pack who had come of age and were eligible to attend were asked to help out. So here he was now, wet as all get-go—because he'd only moments before slipped and landed in a puddle as he tried to dodge a car on the street outside the hall. Dripping wet, he grumbled as he walked through the falling snow toward the last place he wanted to be—the pack town hall. Carlo hoped to avoid everything until the starting ceremony itself, but Darian and the alpha had nixed that thought early on. The plain truth was he didn't want to have to be anywhere he'd have to bear witness to Liam flirting with other people. Carlo was a coward, and he knew it. He wasn't disputing the fact at all. As he neared the building, the noise coming from within sounded muted, but still loud in a raucous kind of way.

Carlo waved to a couple leaving the crowded room as he entered. He didn't know them, but he thought it would be a polite and friendly gesture to the wolves who'd be arriving to stay with the Moon Runner pack over the next few days. He didn't even complain much when Sally Anne Meyers, the alpha's younger sister, made him strip out of his outer layers before she allowed him to step foot inside the door.

She'd joked, "If you were smarter, you'd strip in time to the music and make yourself a little money on the side." Her laughter sounded light, and Carlo knew she wasn't being mean. Being twenty-one herself, she probably also found herself being forced to be sociable. Unlike him, Sally Anne actually liked being the centre of attention, especially if it garnered the interest of a certain pack member. According to Marcus, the pack gossip, Sally Anne had set her sights on Wade Michelson this year. She'd chosen him as her mate and she'd do anything to get what she wanted.

"The only problem is they'd make me pay the money back with interest once they saw me naked," he replied, snickering before he handed her the wet clothes.

"Go sit by the fire and I'll call your mum to bring you some dry clothes. We wouldn't want all your lovely bits and pieces to fall off, now would we?"

What the fuck? Is she flirting with me? "Are you trying to get my arse beat? If you keep that talk up, you'll make Wade crazy jealous and he'll come after me."

"Hah! That big galoot wouldn't know which end faced up if someone didn't tell him." There seemed to be no heat in her words.

"I thought you were determined to be his mate?" Carlo asked, curious as he saw the glint of something in her eye.

She waved him away. "He's mine. He just doesn't know it yet. His days of sleeping around are over." She sniffed haughtily then burst out laughing. "Go on. Go warm up and I'll get you some dry clothes. I saw Liam in here earlier--not sure if he's still here though."

He gave her one last smile before he did as told. "Thank you." He wasn't sure if he thanked her for calling his mum or for letting him know Liam Kantry sat in the hall talking with friends.

The sounds of carols playing through the speakers, combined with happy laughter ringing out were enough to get even the most miserable person into the Christmas spirit. The interior walls had been transformed from their usual drab wooden bareness to having an array of colours splashed across them. The effect was kind of stunning. Whoever had decorated this year had taste.

With all the festivities going on around him, Carlo couldn't have stopped smiling even if he'd wanted to. He actually loved this time of year--always had. The fact remained he loved everything about Christmas, from the addictive aroma of the baked goods to the scent of the pine trees filling the air, but most of all he loved the feeling of family and everyone being together.

His love of everything Christmas started the year his father gave him his very own sled. That year he'd met Liam Kantry for the first time. He'd also met Liam's brothers Marcus and Theo. They'd taken turns sharing his sled while riding down the hills out on the back of the pack lands. The day seemed to rush by, none of them coming in until August Kantry, the boys' father, had come looking for them. On the way home, he'd given them all a lecture on what were safe and unsafe times to stay out playing when their parents were sitting at home and waiting for them.

Christmas was just around the corner and his family was getting ready to celebrate in style. His mother was known by many as a baking fiend when it came to roasts, but no one in the pack came even close to beating Mary Kantry when it came to baking Christmas goodies. She had become a legend among the pack, especially for her Christmas bread. Hell, even just the thought of it had Carlo's mouth watering. His thoughts came back to the present when he heard an all too familiar voice. Oh great, so Liam really is still here—yippee... not!

NJ needs to write like she needs to breathe. It’s an addiction that she never intends to find a cure for. When you don’t find NJ arguing with Vlad, her muse or writing about the wonderful men in her stories, you’ll find her reading work by other authors she greatly admires. NJ lives in the SE of Qld, Australia with her family who all encourage her writing career even if she does occasionally call them by her character’s names. NJ thinks that anyone taking the time to read her stuff is totally awesome. 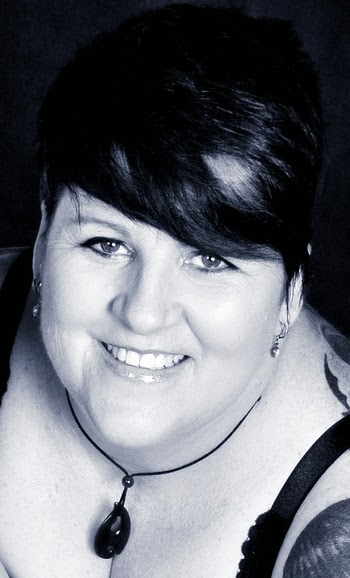 Posted by Lisabet Sarai at 7:37 AM

Thanks for being my guest. HEART-MATE, MINE sounds like just the thing for the season. Good luck with it!