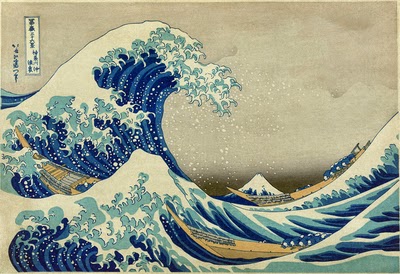 It's Boxing Day. You and your family are probably recovering from too much food and drink, relaxing after a deluge of visitors, or exploring your holiday gifts.

You're probably not thinking about the fact that today's the tenth anniversary of one of the deadliest natural disasters in modern times - the Great Indian Ocean Tsunami.

I live in Asia, though, and here the memory is still remarkably fresh. On the morning of December 26, 2004, an enormous earthquake measuring 9.2 on the Richter scale ruptured the earth's crust off the west coast of Sumatra, the largest island in Indonesia. Within the next few hours, waves ten meters high or more slammed into Indonesia, Sri Lanka, India, Thailand, Burma, Malaysia and a number of countries in East Africa, sweeping away settlements like so much trash, pulverizing buildings, stripping away vegetation and killing, overall, almost 230,000 people.

One can scarcely grasp that level of mortality. That's close to 100 times the number of people who died in the 9/11 attack in the US, and twice the number of Americans killed in combat during World War I. In many cases, those affected were poor villagers struggling to make a living from fishing or farming in coastal regions. Thousands of wealthy tourists fell victim, too, especially in the Andaman Sea resorts of Thailand, the Nicobar Islands and the Maldives.

I vividly remember the solemn mood at year end, 2004. New Year's festivities were cancelled. Everyone wore black. As new stories of devastation and death showed up each day, I had a scary sense of helplessness. We weren't personally affected, but we knew families who were. During those first weeks of January, I sleep-walked through my daily activities, numb with shock and grief.

I can't begin to imagine how I would have reacted if I'd lost anyone close to me in the disaster.

Three months after the quake, we traveled to the affected area in Thailand on holiday. An eerie quiet pervaded the resorts. The lovely beaches were deserted. Asians are seriously afraid of ghosts, and those wave-scoured beaches were viewed as haunted. The particular town where we stayed had been hit with no more than a glancing blow, but we still saw derelict buildings and swathes of land contaminated with sea salt.

Ten years later, there are thousands whose bodies have never been recovered. Those people simply winked out of existence that fateful day.

This probably isn't what you want to read about the day after celebrating Christmas with your family and friends. It's what's on my mind, though.

I feel simultaneously guilty and grateful about surviving.  The event made me realize just how fragile life is, how unpredictable a world we live in, and how important it is to appreciate every day we're given.

In this season of peace, that is what I wish, for the survivors and for those who were lost.