How much do you let fear rule your life? For me, personally, worrying is a way of life for me. As the eldest of three girls I was the sensible one, looking out for my sisters and never taking risks. I'm not ashamed to say I was a boring teenager. Apart from the odd outpouring of teenage angst, there was no real rebellious stage. The most outrageous thing I did was get engaged at eighteen, whilst I was still in school. Even then I didn't tell anyone for fear I'd get into trouble.

Fast forward a couple of years and I was married at twenty, pregnant at twenty-one, and quite happy being at home. Still not wildly exciting I'm sure you'll agree, and anyone who met me would always describe me as quiet (boring).

Strangely enough my turning point came when my mum passed away aged only fifty-three. Something inside me decided enough was enough. Life was too short to spend doing housework and wondering what could have been. So, I started writing again. It was something I'd done on and off for years, but never really committed to.

For two years I wrote and published books as Jorja Lovett in secret. Only my husband and my best friends knew my saucy secret. I was convinced if people knew they would only use it to humiliate me and I couldn't bear to have something I loved into a joke. But, the more people I let into my secret, the more interesting I seemed to become. Friends these days rarely talk to me about anything other than my books and sex and I'm loving my new found notoriety.

I've also had the confidence to go travelling to meet my crit group in London and Scotland, and someday I hope to go further afield. Once upon a time I would've been afraid to travel abroad because I didn't know the language or the area, but these days I can't wait to go exploring. We've only got one life to live and I intend to pursue my dreams. If things don't work out, I know at least I've tried, and that's got to be better than a lifetime of regret.

How about you? What big dreams do you have? Leave a comment and you could be in with a chance of winning a copy of my new book, Titanic's Ondine.

[What a coincidence! My most recent release, Rough Weather, also features a water spirit, who happens to be named Ondine! So to sweeten the pie, I'll also give away a copy of Rough Weather to some lucky person who comments on today's post! (Not the same person as Jorja's winner!) ~ Lisabet] 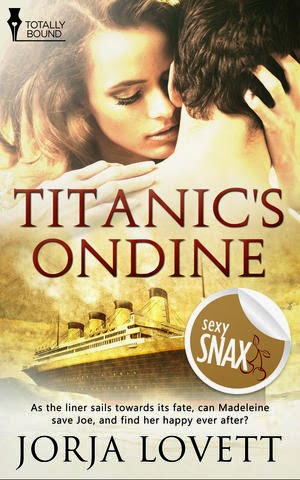 Can a water nymph save her true love from the Titanic or are they both doomed forever?

Water nymph Madeleine has spent a lifetime searching for the human she can marry to become mortal. Finally, she finds true love with Joe Marlowe, but the romance is put on hold when he signs up as crew for the Titanic.

Joe never expects to see Maddy on board the ship but she's a welcome sight during the voyage. He knows she's keeping a secret from him but it doesn't diminish his love for her. They have the rest of their lives to discover each other. After an unforgettable night together in the Titanic's indoor pool he knows he's found the woman he wants to marry.
As the liner sails towards its fate, can Madeleine save Joe, and find her happy ever after?

“I find the setting perfect for a romantic affair. Glamorous liners bound for faraway places, carrying young men with fire in their bellies. Why it’s enough to get any young lady’s pulse racing.” She ran a fingertip down his white shirt to distract him from his questioning. That slight contact with the man she loved was enough to start a fiery lust consuming her from the inside out.

“Madeleine—” The ragged manner in which Joe addressed her didn’t sound like a scolding, or an attempt to stop her.

“Shh!” A finger on his lips and a coy smile was all it took for him to discard his gentlemanly manners and let his passion take hold.

He was deceptively masterful in the seduction stakes. His firm lips staked their claim with a series of breath-taking kisses that almost made her mourn the time they had wasted thus far in their chaste courtship.

Crushed against the rough fabric of his jacket—Madeleine’s nipples hardened beneath the thin silk of her green dress—sensitized and begging to be noticed. Joe didn’t disappoint. He traced his thumb over one prominent peak. The simple over-the-clothing contact sent her body into raptures and generated an ache in her loins that she wanted him to remedy.

Her head told her to go carefully. He thought of her as a lady—pure and innocent—and not one to give herself away before her wedding night. But that other, sinful part of her wanted him regardless of the consequences. And that craving won out. She pressed herself closer to him until she was left with no doubt he felt the same. The ridged evidence in his trousers nestled into the skirts of her dress and she couldn’t stop herself from running her hand along the impressive length of him.

She half expected him to back away in shock or disgust. So when he took it one step further by cupping her breast firmly in his hand, her legs all but buckled beneath her. He scooped her breast from her dress, exposing it to the cool April air. Her pussy swelled with need. With each massage he gave her flesh, she came one step closer to nirvana, moaning as the moisture from her arousal soaked her skin and clothes.

Joe backed her away from the main walkway and pinned her against the wall of a ramshackle wooden building, creating a scenario Madeleine wouldn’t have believed possible. Of course, she imagined her reserved Joe to be a considerate lover, but she hadn’t expected their explosive chemistry to lead them to the point of making love outdoors.

Joe lifted her skirts, skimming his hand along the tops of her stockings, and then grabbed her ass to pull her onto his still imprisoned cock. Driven by mounting impatience, Madeleine reached to undo the buttons of his trousers and take the next step in their relationship.

It turned out to be a step too far. Moments later, the strong arms around her pushed where they once pulled her to him. Joe wrenched his mouth away.

“You have nothing to apologize for,” she told him.

Except, perhaps, being too chivalrous. One brief encounter with the saviour of her long-lost virtue wasn’t nearly enough, but she dared not raise his suspicions with further unladylike behaviour.

“You deserve more than a rushed fumble by the docks, Maddy. When the time comes, I want it to be something special, a memory to be cherished forever. Though I don’t know how I’ll get through these next weeks without even kissing you again.”

Joe rested his forehead against hers. His was beaded with sweat from the effort of his restraint.

Not on my account, she wanted to scream, but the moment had passed. She adjusted her clothes.

He behaved as though the last ten minutes had not happened and picked up the conversation regarding his departure. But all she wanted to do was move farther into his embrace, make this night last forever.

“Will you wave me off when I leave?”

As much as he deserved a teary farewell, she shook her head. “It’s not my place.”

She wouldn’t encroach on the intimate family moment which accompanied his every journey.
That was their time. This was hers.

“Let’s say our goodbyes now.” Madeleine stood on tiptoe to offer up her lips.

This time, Joe’s kiss was a slow exploration mapping out the contours of her lips, as though he were memorizing her taste. That sensuous perusal finally eroded the jaded view she harboured for the male species. Joe didn’t demand, simply took what she willingly gave, and he returned it with love. He respected her, cherished her, and, for the first time in decades, Madeleine let herself trust.


Don't forget to leave a comment with your email address. You've got two chances to win! 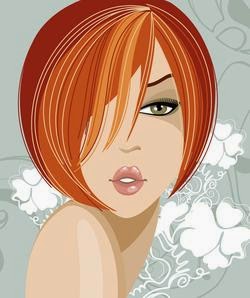 Jorja Lovett is a British author with both Irish and Scottish roots, which makes for a very dry sense of humour. Writing since she was old enough to wield a pen, it wasn't until she joined her crit group, UCW, that she pursued her passion seriously.

Now, with Joe Manganiello as her permanent muse, if she can leave the pause button on her Magic Mike dvd long enough, she hopes to spend the rest of her days writing steamy romances.

congrats to Jorja on the new release! I love the unique premise of this book and I'm definitely adding this to my wishlist ;) Thanks for hsaring!

Welcome to my blog and congratulations on the release!

And thanks for sharing a bit about your process of "coming out" as an erotica author. I truly believe we have to live our dreams and let the rest of the world think what they will. I'm delighted you're following yours.

Coincidentally, my mom also died at 53. She didn't get the chance she deserved, but she taught me that our time here is all too short. Carpe diem.

Congrats Jorja~ the books look yummy! My lifelong dream is to travel until I hit the end of the earth... in other words, never stop. Can you put me in your pocket next trip to Scotland? Thanks for sharing your coming out party ;)

Congratulations on your new release! I've been fortunate enough to gotten most of my lifelong dreams. One that is still left is contentment. Not sure if I'll ever achieve it, but I try.

Oh this book sounds wonderful... great blurb... enjoyed the excerpt you shared! Congrats on the release!
As for a dream of mine... to one day see Ireland... :)
greenshamrock at cox dot net

I wish for good health & happiness for my friends & family. Enjoyed the post. Thanks for the giveaway. turtle6422 (at) gmail (dot) com

I can relate to this honey! Good for you for pushing forward! Love you and your smutty books x

Sure thing :) I'll pop you in my handbag!

Fingers crossed you get to visit :)

Lovely sentiments. Thanks for stopping by

Love you too. Mwah xx

Congrats on the release. I do have dreams but am afraid to do them.

I was a boring teenager too ;-) Congrats on the release!

Thanks for hosting the giveaways. Fingers crossed to win.

It's scary, but always worth taking a chance :)

I'm having my rebellious years now. I highly recommend it lol

Both books in your give away sound interesting especially ondine one of my relatives was actually on the sister ship to the titanic so I find stories on those ships very interesting.Thanks for the contest and glad you are back.

Much love and congrats on the book. Wishing both of you ladies tons of success!
The only thing that I would really like is to go to Australia on a world tour.
devynsmom95@yahoo.com

Thanks. I'm sure you have some fab stories :)

Thanks for stopping by :)

Thank you :) Australia is definitely on my list of places to visit too.

I just realized that I hadn't drawn a winner yet. Good old Random.org picked Elise-Maria. Congratulations!

I'll remind Jorja to pick *her* winner, too!