They’re people. People are flawed. Even the hero and heroine of any given story isn’t perfect. (I find I don’t like a story when they are anyway.)

So, back to the bad guy.

He/she has an important role to the story, especially in romantic suspense. The villain has to be real, but he or she can’t be SO awful that the reader skips sections of the book to get back to the love story.

They have a necessary place, and their place needs to be well articulated. The author has to explain what the villain wants, why, and how they’re going to get it. (Or how they think they’ll succeed. Hopefully our hero has something to say about that).

No one is 100% evil, so sometimes a villain has a redeemable quality or two. Or at least something the reader can relate to. They have to be interesting in some light. Quirky maybe. Or heck, even funny.

Something that keeps the reader going until we get back to “the good stuff” in a story.

Not to slight the villains (they tend to get testy about that). Sometimes “the good stuff” very much involves our love-to-hate person in the book—action, danger, heck, maybe even a little sex. (Or a lot of sex?)

They have to be multifaceted enough to make the reader want to turn that page. After all, that’s the goal, right?

The villains I love most to read about ride that line between good and bad—right and wrong.
They make choices that make me cringe, but they have to feel (and have it be credible) that they’re making the decision(s) for a good reason.

We love to hate a good villain—or even better, have a hard time hating them, when we feel like we should.
It’s even better when they’re hot, too. Just a personal choice. It complicates the feelings for them, because pretty things shouldn’t be bad, right? *snicker*

So what’s your favorite quality in a villain? What’s a peeve about a villain?

Two winners will be selected from all the commenters, and I will give away an ebook of The Tartan MP3 Player to each!

I’m excited to see what makes a good villain to you guys!

She never believed in magic…

She never imagines she’ll get sucked back to the seventeenth century while running on the beach—that’s what she gets for exercising when she should be relaxing.

He knows with a harsh certainty magic exists...

The Fae have taken his brother—Laird of his clan. Duncan MacLeod finds a bonnie naked and confused lass. He’s convinced Claire arrived in 1672 through the Faery Stones—a magical portal he’s been scouring the lands for over the past six months.

At last, he has someone who’s been through the Faery Stones and can help him find them—and get his brother back.

Duncan promises to help Claire get home, even though his desire to have her wars with his vow.

Torn between familiarity of the present and what she wants in the past, can Claire help Duncan find his brother and get back to the future? Will she even want to? 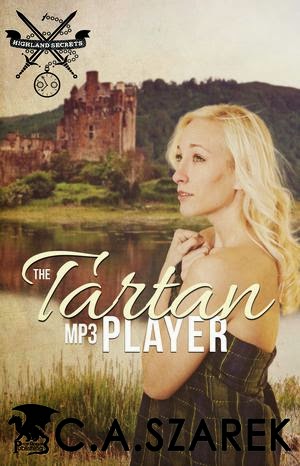 “Who goes there?” A deep, accented voice made her jump.

Her MP3 player crashed to the sand, the wires from her headphones ripping over her shoulders as they flew away from her body, but she didn’t go after the devices.

Claire’s heart kicked into overdrive, and she shot her arm across her naked breasts. Plastered her palm over her bare sex.

“Okay, don’t like this dream anymore.” Her voice jumped up an octave.

Why can’t I wake up?

Maybe a touch of fright would make her wake the hell up.

“Ummm….hello?” Claire ventured even though her pulse pounded in her temples. She didn’t see the voice’s owner, but she was stuck now.

She wasn’t fond of a stranger seeing her nude, even if gym time had given her a rockin’ body.
Claire smirked. Her sister would’ve declared her egotistical right then and there.

Three figures came into view, standing atop a grassy overhang and staring down at her. Two men and a boy.

Okay, no more Scottish Highlander romance novels before bed for you, Claire McGowan. But at least she’d placed the accent.

All three were dressed in period clothing. Like—seventeen hundreds or something. The tallest one had a tartan kilt on.

The man who’d spoken was older, wearing a thick grey beard he was currently scratching, as if he was trying to figure her out.

Well, duh. Naked girl on the beach at the ass crack of dawn should do it every time.

The boy looked about ten. He scrambled down the incline, stopping about three feet from her and staring. Wide blue eyes. Dark, messy hair that needed a good cut.

Claire backed up, squeezing her eyes shut. “Seriously, wake up.” Though she should pat herself on the back for the vivid imagination—if she didn’t have to cover her tender parts—she would’ve so been on that.

This place looked and felt real.

“Are ye Fae?” The kid’s brogue was thick, but his voice was high, making him sound younger than she’d guessed.

“Angus, hush.” The last man admonished. His voice was familiar; he’d been the one who’d called out first.

He jumped down to the beach with little effort.

Claire almost forgot to cover herself as she gazed up at him.

Had to be about six-five or six-six.

Definitely had a foot on her, for sure.

Blue eyes, like the kid. Long black hair that flowed in the wind. He was wearing a kilt, and had the same tartan pattern strewn across his body, shoulder to waist and held down with a belt, but no shirt beneath. A huge, defined pec peeked out and her stomach fluttered.

Good job, Claire. At least you dreamt up someone yummy.

The model on the cover of the book she’d been reading before bed had nothing on this guy.

“Lass? Are ye all right?” His voice was concerned, as was his expression. He spoke gently.

Way to go on the stutter, Clair-bear. Her sister’s nickname popped into her head with ease. It should’ve grounded her, but she still didn’t wake up.

How can he tell?

“Where am I?” Claire whispered. The sinking feeling in the pit of her stomach made her shift on her feet.

“Isle of Skye.” The boy jumped up and down. “We were supposed to go fishing. But I found ye, instead.”

“Hush, Angus MacLeod,” the man said, but there was amusement in his tone. However, he didn’t take his eyes off Claire.

A tremor slid down her spine when his gaze travelled her frame.

She wanted to sink into the sand, her earlier confidence about her body gone. Claire shivered, her teeth chattered.

“Jesu, lass. Yer freezin’.” The huge man unbelted the plaid from his waist and whipped it off his torso. It was a separate piece from his kilt, and now he stood before her bare chested. His accent was as thick as the boy’s, but she could make his words out clearer.

“Yeah, kinda naked over here.” A nervous titter fell from her lips and made Claire wince.

“Ye’ve been spending too much time with my father. Da, stop clouding the lad’s head with faery tales,” the man called.

The old guy on the hill chuckled. “Och, then ye shouldna leave the lad with me when you go off.”
“Like I have a choice.”

Buylinks for The Tartan MP3 Player:

Multigenre, award winning and bestselling author, C.A. is originally from Ohio, but got to Texas as soon as she could. She is married and has a bachelor's degree in Criminal Justice.
She works with kids when she’s not writing.

She’s always wanted to be a writer and is overjoyed to share her stories with the world. 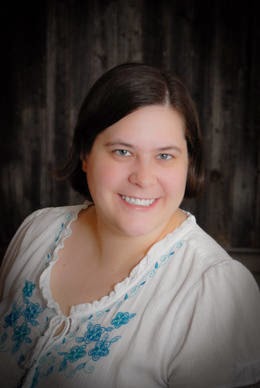 Hmmm, fav quality in a villain... for me, the ones that keep you guessing... the whys, the whos, etc. Not being straight forward. A peeve of mine... when there is no depth to the Villain's character/ personality. I want to see the twists and turns in his/her mind.

I like the villains that you love to hate. Thanks for the giveaway.