(Last) Chance of a Lifetime

My love affair with California began at the tender age of fifteen and continues today, three decades later. So it should come as no surprise that the book of my heart, which somehow turned into a trilogy, is set there.


Maybe it was the indescribable thrill of a Midwestern girl seeing the ocean for the first time. Or the unapologetically bronzed coeds with movie-star teeth driving silver metallic convertibles and playing volleyball in the sand. Perhaps the towering palm trees swaying against the impossibly blue sky? But that was in Southern Cal; my Chances trilogy takes place in Lake Tahoe and San Francisco, hundreds of miles north.

I was an inadvertently lonely, only child of the 1970s, growing up in a place where a short, precious summer turned into a long, cold winter seemingly overnight. In high school, I often opted for the city bus because it stopped in front of the library. Just a branch, but they had loads of paperback books. And I always found myself drawn to the wire rack of slightly musty and lovingly tattered romance novels. The books took me to places all over the world where effortlessly beautiful, wonderfully flawed heroines were swept off their feet by dynamic, irresistible heroes. I preferred the books to the afternoon soaps because I could use my overzealous imagination to fashion the characters to my liking. And if I found the ending disappointing or abrupt, I would simply continue the story in my head.

Writing such ideas down, however, took another thirty years.

In the interim, I went to college and met my own alpha hero. And he took me to San Francisco on our honeymoon.

And, as cliché as it sounds, that’s where I left my heart. Well, part of it anyway. Because eight years and two babies later, he took me to Lake Tahoe for the very first time.

And my frisson with California moved even farther north.

I hope my Chances trilogy will take you there. And you’ll leave a little piece of your heart behind too.

Martha O’Sullivan’s Chances trilogy is available now from Red Sage Publishing. Second Chance, the trilogy opener, is a reunion/love triangle romance that keeps the shores of Lake Tahoe blazing hot long after the sultry summer sun has set. Chance Encounter, the trilogy's second installment, heats up San Francisco’s chilly days and blustery nights with white-hot passion and pulse-pounding suspense. And in Last Chance, the conclusion of the trilogy, lifelong friends-turned-lovers melt the snow-packed Sierras into lust-fueled puddles despite the single-digit temperatures of the Lake Tahoe winter. Here’s a blurb and excerpt from Last Chance. 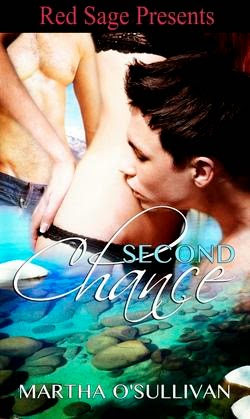 Leave me a comment with your email address below and you might win one of these three books - your choice! 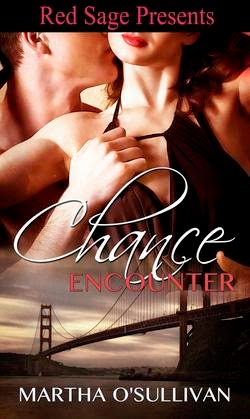 Moira Brody knows Paul Webster better than he knows himself. But neither one of them know that he as in love with her as she is with him. These friends-turned-lovers will have to look at each other with fresh eyes and brave hearts. And even the single-digit temperatures and snowcapped peaks of the Lake Tahoe winter are no match for their long-bridled desire. 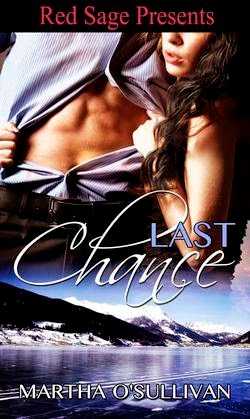 Excerpt
Paul laid Moira down on the rumpled bed, and standing above her, got out of his shirt and pants. She’d seen him shirtless countless times before. But it was as if she was seeing him through different eyes. His pecs were firm but not overbearing; his abs ripped but not enough to make him barrel-chested; his arms defined but not herculean.

And every bit of that thoroughbred-like body was lowering itself on top of her.

Along with something else.

And it was throbbing against her thigh through form-fitting briefs.

Arrows of fear and excitement shot through her and she wondered if he could hear her heart beating outside her chest. He framed her head with his arms. “I’ve wanted you for so long,” he effused, “without even knowing it.”

Moira gulped. “Then take me.”

Her newfound initiative seemed to surprise, then intrigue him and he began to indulge her.

She welcomed his mouth, his tongue, his bite. She loved the way he brushed his fingers across her cheeks, combed his hands through her hair and down the nape of her neck before cocooning her in his arms. He kissed her with his whole body, feasting on her throat and shoulders before scooting back and finding his way to the hem of her dress.

His sultry eyes fired with desire. “Be careful what you wish for.”

Lifting her arms above her head, she silently yielded to him.

Paul slipped his hands under the silk and began shimmying the dress up her thighs. He stopped appraisingly at her hips, then continued up her torso to the swell of her breasts. He tasted them impalpably, then slipped the dress over her shoulders.

He extended his arms in invitation and she raised herself on her knees to meet him. Cupping the back of her neck, he brought her to him. She surrendered to his mouth, his hands, and soon she knew, as a chord struck deep inside her, to his burgeoning erection.

Not a word passed between them, but her eyes granted him the permission he so desperately sought. His impatient hands unhooked the strapless bra with disturbing deftness. He’d done this before, she reminded herself.

His fingertips grazed her chest and throat as if looking for a place to start. He settled on her breasts, making concentric circles on her nipples with his thumbs before easing her back against the upholstered headboard.

His shaft was nudging at her as he began where he’d left off.

But with his teeth this time.

Nibble by tortuous nibble, he tugged, snagged, bit until her nipples stood on point. A lightning bolt of lust flashed in her bundle of nerves below as he licked his way down to her bellybutton. He paused to circle it with his tongue, then returned to her mouth, sampling her all the while.

His hands continued south to the strings resting below her hipbones. He waggled the panties down, then jettisoned them with a nimble kick.

“You are so beautiful,” he venerated, finding her. “Everywhere. I want to touch every inch of you.”

She reached for him more clumsily than she liked. He was as stiff as a board and globules of need were oozing through the black cotton. “I want to touch you first,” she ventured. “Show me what to do.”

He made quick work of all that separated them and lying next to her, placed her hand on his pulsating cock.

Get your own copy of Last Chance

Martha O'Sullivan has loved reading romance novels for as long as she can remember. Writing her own novels is the realization of a lifelong dream for this stay-at-home mom. Martha writes spicy, contemporary romances with traditional couples and happy endings. She is the author of the Chances trilogy from Red Sage Publishing. Her current work-in-progress in a sweet and steamy Christmas novel set in Costa Careyes, Mexico. A native Chicagoan, she lives her own happy ending in Tampa with her husband and two daughters.

Please visit marthaosullivan26.wix.com/marthaosullivan or http://eredsage.com/store/OSULLIVAN_MARTHA.html for reviews, excerpts and more.

Thanks for having me, Lisabet. I look forward to a great day and choosing a winner!

Congratulations on the excellent books, Martha. I know your work is well thought out and engaging,because I've read some of it. It's wonderful that your "alpha hero" swept you up into your own romance novel - that's awesome. So many of us escape into the world of books, and somehow never quite escape. Isn't that wonderful, though!? Hugs, D

Boy what an excerpt! I love books over TV and movies... so many places and people to enjoy! Thanks for sharing! :)
greenshamrock at cox dot net

Looks like some great books. Enjoyed the post. Thanks for the giveaway.
turtle6422 (at) gmail (dot) com

Thanks, Denyse. The compliment of such an accomplished author like yourself is humbling. And for as long as I can remember, I've escaped into a book. I could only hope someone would consider my books an escape too!

Thanks, Colleen! I think I've "met" you before. Maybe at The Romance Studio? Thanks for reading.

Thanks for taking the time to stop by and comment. You can find more excerpts, reviews and more at marthaosullivan26.wix.com/marthaosullivan.

Thank YOU! I loved writing them. I'll announce a winner tomorrow. To learn more about my Chances trilogy, please visit

Welcome to Beyond Romance, Martha!

I lived in southern California for a couple of years. It's a strangely seductive state. Since leaving, I've set many stories there.

Good luck with the trilogy.

Thanks for having me, Lisabet. It's been a whirlwind weekend--two guest blog spots, Prom and graduation prep! J Bur is the winner of a free e-copy of one of the books in the Chances trilogy. I'll contact him or her directly to coordinate e-reader preference and delivery.