Sometimes I wonder if writers have a personality disorder. I mean, it can't be normal having voices in your head telling their stories and generally being annoying until they're written down. Of course, these imaginary people can strike at the most inopportune time and mess with real life.

More than once, I've been standing waiting for my kids and my mind has wandered to the love scene I'd set aside to do the school run. It's impossible not to feel like some sort of pervert, which is disturbing to say the least.

Then of course there's the everyday job, where everyone you come into contact with suddenly has potential for a character. Well, the hot looking men do, at least. The security guard who's slightly taller than his colleagues – you know, the one who isn't morbidly obese – suddenly transforms into an all action hero. The fresh faced college student who works weekends could be cougar fodder. (Or is that just wishful thinking?)

Home life is never boring when you're a writer because you simply don't have time to be bored, juggling real life and fiction. Housework becomes something you only do when writer's block strikes and therefore, a perfect cure for aforementioned affliction. You can also guarantee if you're in mid flow of writing your hottest sex scene ever, your child will appear with their homework in hand asking about math equations and other things you have to feign interest in.

I think it's fair to say that our internet research also has us living in fear if anyone ever checks out our history. On my current list are love eggs, spanking benches, and fire play. Not all related to the same story, I hasten to add.

Of course settings are an important part of any story too and I'm very lucky that I have some beautiful scenery on my doorstep. I live in Northern Ireland and took the green countryside here as inspiration for my fictional wolf shifter community, Olcan Hills, in my latest release. On a drive with my husband, through the wind and rain threatening to spoil our weekend away, I was able to picture my wolf pack roaming through the hills and create a whole village in my mind. 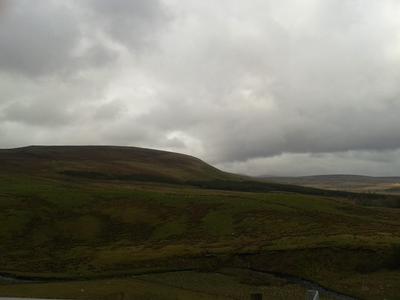 Only today my boss told me how lucky I was to have a talent that whisked me away to all sorts of exciting places in my head. (Some might call me delusional.) She asked where I come up with my ideas and I honestly have no idea.
I guess I'm just lucky my imagination roams as freely as my Olcan Hills wolf pack.

So, I guess you might want to hear about my sexy, bad ass, wolf shifter, Caleb's arrival to Olcan Hills?

The Wolf on the Hill -Blurb 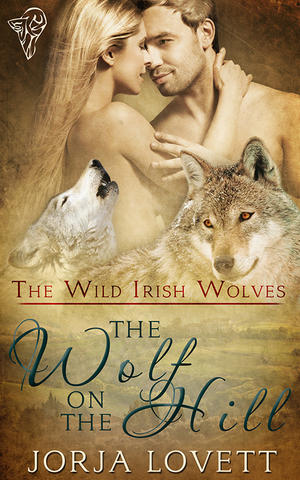 Book one in The Wild Irish Wolves Series.

Now if there's no-one looking over your shoulder you can read a sneak peek:

**Giveaway** - I'm giving away a copy of The Blood Bar Chronicles – Book One: The Alphas, an antho full of hot supernatural men. Simply leave a comment with your email address and I will pick a winner. Good luck!

Email ThisBlogThis!Share to TwitterShare to FacebookShare to Pinterest
Labels: inspiration, Irish Wolves, Jorja Lovett, shapeshifters, The Wolf on the Hill

Welcome to Beyond Romance, and congratulations on The Wolf on the Hill.

Your husband is a lucky guy.

LOL. Great post Jorja. Hmm toys and OH!
I know what you mean about plotting scenes at all sorts of times!

The place I can't seem to stop plotting in? Church. Equal parts arousal and mortification, and people wonder why I have religion/sex issues? ;)

Nice to see someone else in the wolf pack. Great post, Jorja!

Thanks for having me :)

I'm sure yours is infinitely more interesting than mine Ms O'Connor :D

Too much information? Lol

Hi Jorja,
Great post. I'm reading Wolf on the Hill at the moment and loving it :)

I always get nervous when people say that lol thanks for buying and I really hope you enjoy it :)

No need to worry Jorja, I loved it. I hope Rory has a story ;)

Waiting to hear back on book two...