Can I Have a Triple Personality? And Maybe Some Fries on the Side?

When I started my writing career over a decade ago, I wrote very vanilla romantic suspense—edgy, but not too explicit. However, I enjoyed the heck out of the spicier side of reading. Still, no matter how much I loved the genre, when my publisher came to me and asked me to pinch-hit for an author who'd fallen out of an erotic romance anthology, I was scared to death. I mean, I'd never written anything that explicit. I had horrible stage fright. Still, I did as requested and I loved the end result... From that decision my split personality was born--LOL. It's been interesting writing under two names, neither of which is secret--and neither of which is my real name. Especially interesting when my night job of writing crosses into my day job as an efficiencies expert for the Department of Defense. Try explaining THAT to a visiting Colonel—LOL! 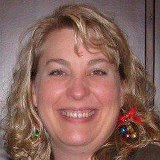 was kind of fun to rewire my brain each time. So now I write both at night, and VERY dry efficiencies studies during the day Blink of an Eye, because I saw the potential for reaching new readers and making new friends. My husband and I spent three years in the Portuguese Azores and toured Europe while we were there. I never imagined I’d be “visiting” via ebooks before we had a chance to come sit a spell again.

But enough about me—let’s talk about the book! I'm jazzed to give you a quick snippet of Blink of an Eye, which released from Total-E-Bound on Friday, 17 May. I hope you enjoy it.

Comment on my snippet, and you’ll be eligible to win any book on my backlist!

She’s ten years his senior. He’s a veteran who feels a million years old. When they take a chance on love, everything changes in the Blink of an Eye. 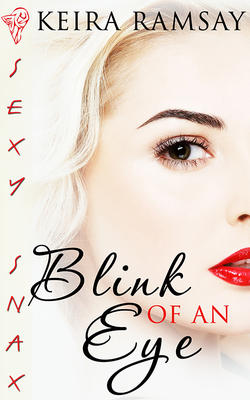 Senior Airman Scott Carnes is sick and tired of being a hero. Recently returned from Afghanistan with a combat injury that resulted in a lost eye, Scott will do anything to stay in the Air Force, even take on a desk job he knows he’ll despise.
Cassidy Thompson doesn’t know what’s hit her when the handsome young man with the haunted aura walks into her cafe. What she does know is that she’s never been more drawn to a man…even if he is at least ten years her junior.

His attention shifted to her and turned primal in a flash. Desire shuddered through her as he approved her body with the same appreciation he’d given the room. Thorough, complete, absolute attentiveness. And tonight it was all hers.
He stepped forward until he was an arm’s-length away and reached out to gently trace the logo on her t-shirt.

“What are you doing to me?” she whispered as he circled her nipple with his finger, then closed the distance between them and pulled her shirt over her head. Dipping his head, he suckled her through the transparent lace of her bra.

He lifted his head long enough to answer, “Shhh. Enjoy.” The storm of emotion and desire she saw in his eye almost dropped her to her knees.

Switching breasts, he palmed the peak he had abandoned, squeezing and plumping and sucking until she had to grab his shoulders to stay upright.

Her fingernails curled into his shoulders, her legs trembled. She’d never felt so turned on like this in her life. “Scott, stop. God, I’ve got to sit down.”

“Hmmm,” he hummed against her breast, giving one last nip and squeeze before he straightened. Sweat sheened his face and the outline of his hard, ready cock strained against the faded blue jeans. Knowing she was responsible for bringing him to life sent a thrill through her. She licked her lips, anticipating more of the same, and suddenly her strength was back.

She grasped the hem of his shirt and drew it over his head, mindful of his eye. His exquisitely defined muscles bunched with coiled tension when she ran a trailing caress down the middle of his lightly furred chest. She circled the indentation of his belly button and traced sculpted six-pack abs before settling on the steel tab of his jeans.

He came alive, no longer content to let her set the pace and hauled her against him. His lips crushed hers, tongue swiping inside her mouth with voluptuous, worshipful strokes in a kiss that consumed her. She sagged against him, circling his tapered waist with her arms and pulled him close.

His body was an inferno, scorching through her clothes as his kiss boiled her blood.

Visit Terri aka TL aka Keira at www.tlschaefer.com or on Facebook at https://www.facebook.com/TLSchaeferANDKeiraRamsay?ref=hl (it’s where I hold all my contests)

Welcome to Beyond Romance, and congratulations on your first TEB release!

I LOVE the cover.

I think you have a winner!

Thanks for sharing that hot snippet, Keira! I adore the cover too. TEB always rocks the cover. Sigh! They spoil us...

Oddly, we were talking about glass eyes just this week at my house. I'm dying to know - does he have a glass eye or an eye patch? I love the patch, I think it's hotter. But of course then you're making it obvious to the world you have an eye issue. Hmmm. But I hear people with glass eyes can pull them out. Fun at parties? The whole thing fascinates me. I definitely need to read this book!

P.S. Lisabet I think you're good at taglines. :)

That's how I got introduced into the world of erotica - by someone asking me and me being scared to death the sex stuff would be silly. It went surprisingly smoothly... and then I was hooked. :)