Today is Mother's Day in many countries, so I thought I might look for a mother-themed snog to share. I realized that I have very few mothers in my books - perhaps because I have no children myself. However, I do have one character whose maternal responsibilities sometimes conflict with her more adult desires. In fact, Ruby Jones in Wild About That Thing would sacrifice anything for her son Isaiah, including her own sexual satisfaction. 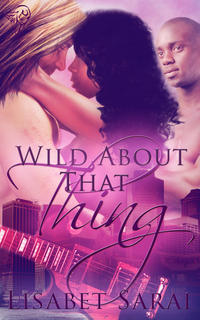 Here's a snippet, with a kiss, that demonstrates her determination to shield her son from evidence of her hot-blooded nature.

Once you're done sampling my snog, head over to Victoria's place for lots more sexy kisses.

Happy Mother's Day to all!


A gentle knock on her bedroom door roused her from her slumbers. “Ruby, darlin’? You okay in there?”

Zeke. Guilt threatened to drown her. But why should she feel guilty? She was her own woman. She didn’t belong to Zeke or anyone else.

“I’m fine. Just taking a nap. Somebody kept me from sleeping last night…”

Zeke poked his head into the room. “Don’t blame me, you little fox!” A warm grin lit his amiable features. “You were the one who jumped me, as I recall.”

“And you really put up a fight, too,” Ruby countered, sitting up as he settled himself on the bed next to her.

“Yeah, well, why would I do that? I’m not crazy!” Before she could stop him, he swept her into one of his energetic kisses. Today he tasted like the Juicy Fruit gum he chewed while driving his cab. Ruby knew she should resist—Isaiah was upstairs and it was probably close to dinner time, too—but Zeke just felt too damn good. He wrapped his burly arms around her while his tongue burrowed into her welcoming mouth and his moustache tickled her nose. Before she knew it, his string-calloused fingers were busy under her sweater.

“Wait! Zeke baby, hold on!” Reluctantly, Zeke loosened his grip on her body. Desire buzzed through her. She tried to ignore it. “Isaiah…”

“I know, I know.” Ruby detected an uncharacteristic hint of irritation in her lover’s drawl. “The boy. But he’s busy doing his homework. He told me so when he answered the door.” He leant back a bit, eating her up with his eyes.

Despite her determination not to succumb to Zeke’s charm, Ruby’s nipples peaked and her pussy moistened. “You know how I feel, baby.”

He looked pretty good himself. He wore his work clothes—trim navy blue chinos and a striped shirt with a button-down collar. The trousers weren’t as tight as the jeans he wore when he was off-duty, but they couldn’t hide the bulk of his hard-on. His eyes sparkled like sapphires under his bushy blond brows and a lock of his honey-coloured hair hung down over his forehead. She fought the urge to brush it back into place.