Robert Nimble is thirty-five years old. He’s tech support for a large Internet host, and loves to play computer games to relax. He’s married to Louise Nimble, who’s a child minder, and a year younger than her husband. She bakes to unwind. Taking the old adage that stressed is desserts spelt backwards to heart.

Robert and Louise are more often known by the shortenings of their names—Rob and Lou. They’ve been married for ten years and have two children: Connor, who is six, and Elizabeth, who’s four. They live in a terraced house in a suburban outskirt of Manchester. As a family, they enjoy their yearly week-long holiday to Scarborough, and visits to the cinema to watch films that the kids and adults giggle at in equal measure. In the school holidays, they’ll often be found in museums and parks, enjoying the culture and the beauty of Britain.

They’re a smiley family, although Rob can get grumpy when his tech genius isn’t taken seriously enough, and Lou may have the patience of a saint with children, but more than two hours with her in-laws has her pulling out her hair. The children are mostly well-behaved, with an inclination to the curious, and the mischief that goes hand in hand with that. If they do run into the back of your legs, or scare you with their latest pet insect, they will apologise politely and you’re likely to instantly forgive them.

Rob and Lou’s Wild Weekends are just that, so hold on and enjoy the ride. 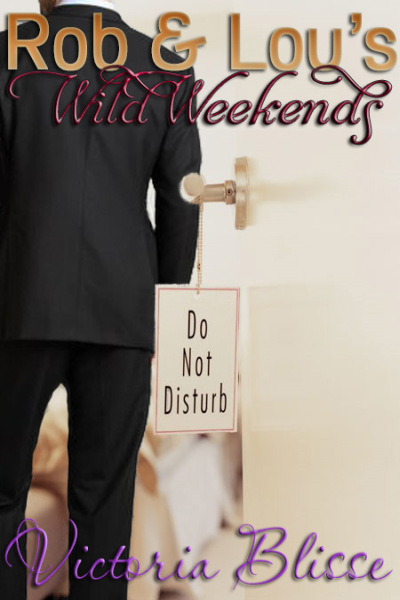 Hold on tight, it’s going to get wild! Rob and Lou could pass you in the streets and you’d likely not notice them. They’re in their thirties, have a family and jobs to hold down and they do it with smiles on their faces. But occasionally they get a little time off and that’s when things get seriously sexy.