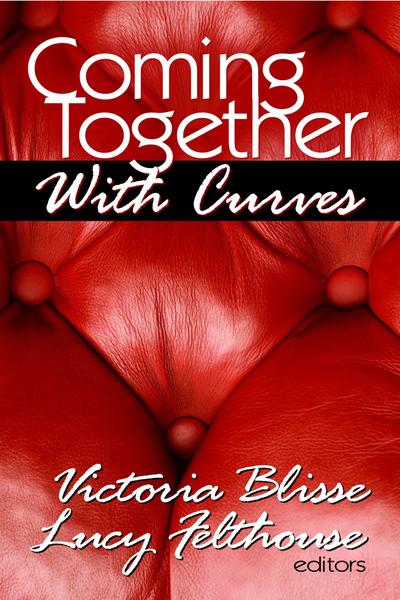 I was massively excited when my friend and fellow Northern Bird Lucy Felthouse asked me to co-edit a Coming Together anthology. I’ve been involved with Coming Together books from their very inception, in fact one of my stories is the very first story in the first ever volume. I love the idea and was very excited to be editing a volume for Alessia Brio.

What was even more exciting was the charity was going to be Parkinsons UK, both Lucy and I have family members who are affected with the illness and wanted to do something to help. Giving our sexy stories and editing help to raise money for such a good cause fills my heart with pride and I’m sure the same can be said for Lucy.

Of course, I’m coming around to the question in the title. Why did we choose to do Coming Together with Curves? Well, for me it’s a no-brainer. Every story I write has an element of Rubenesque love in it. I write about big girls and I love to do that. Lucy and I chose to write about women with ample curves because we both believe there needs to be more of them featured in erotica.

One of my own favourite and often repeated sayings is ‘Variety is the Spice of life’ and I believe it’s the spice in fiction too. Lucy and I wanted to highlight the delights of the more amply endowed. To show that ladies with curves are sexy too. You get a lot of slim, big boobed women in erotica. I’m not saying there’s anything wrong with that per se, but I think you need to get a balance of body shapes in there to reflect that everyone is different.

I absolutely love the stories we’ve ended up with in the anthology, it is a real celebration of women and their curves. The ladies within the pages of Coming Together with Curves are proud of their shape. Yeah, they might have the occasional hang up but what women doesn’t? These girls are big and beautiful and infinitely sexy.

Here’s an excerpt from Bella Blake's "Girl Next Door” which illustrates perfectly how sexy the ladies in Coming Together with Curves really are.

The doorbell rang just as he was curling his hand round himself. Peter jumped and swore, colour scalding his cheeks as if someone had actually caught him in the act. He knotted a towel round his waist, and hurried to the door, silently cursing whoever was on the other side. Until he opened the door and found Josie standing on the doorstep. She was wearing the same shorts as the day before but her camisole was white today. It made Peter think of his fantasies involving her and the satin nightdress. His throat went dry as if he’d just swallowed dust.

“Hi,” he said, awkwardly, holding onto his towel with one hand and praying like holy hell that she couldn’t see the outline of his rigid cock.

“Morning,” Josie beamed. She brandished a small basket at him. “I made breakfast muffins.”

He should have known Josie wasn’t the sort of person who waited for an invite. She pushed past him into the house, trailing the smell of chocolate, vanilla and blueberries. Her hips and buttocks swayed with every step she took.

By the time he’d caught up with her in the kitchen she was already tucking into the muffins. Peter watched, mesmerised as she crushed a blueberry between her teeth, a drop of blue juice touching her lower lip. He wanted to lick it off.

“Which would you prefer, chocolate or blueberry?” Josie looked at him expectantly.

“You decide.” It was the best answer his lust-addled brain could come up with.

Josie promptly handed him a fat chocolate muffin. The cake was still warm, chunks of chocolate melting on the top. She took another bite of her own muffin, vanilla crumbs sticking to her lips and Peter swallowed. Forget self-gratification, he was going to come on the spot if she carried on with that.

“Um, maybe I should put some clothes on,” he said.

Something sparked in Josie’s eyes. “Why?”

Peter gaped at her, floundering for words. “Because I...”

Josie put the last bite of her muffin on the table. “You haven’t offered to show me round yet, Peter.”

“I haven’t finished unpacking yet.”

“Right. Okay.” Peter set down his own muffin. “Well, this is the kitchen –”

“I’m more interested in the bedroom,” Josie interrupted him again.

Peter’s throat was so dry now it was like it had been bleached by a desert sun. He had this crazy idea that if she went into his bedroom, Josie would somehow be able to sense that he’d lain awake half the night thinking about her and touching himself.

But Josie wasn’t waiting for him to lead the way. She was on her feet and moving through to the bedroom before Peter could even collect his scattered senses.

The bed loudly creaked as Josie sat down on it, her large frame causing the mattress to dip. Peter tried to swallow past the dryness in his throat. Seeing Josie sitting there, demure in white, with those gorgeously plump legs dangling over the edge of his bed – it was like his night-time fantasy come to life. She was staring at him and there was nothing demure in her eyes. They sparked with bright fire when she looked him up and down, her gaze slow, demanding.

“You heard me.” Josie arched an eyebrow. “You think I haven’t noticed the way you’ve been looking at me? You want me and I’d like to see how much. Lose the towel.”

Peter’s hands trembled as he loosened the knot holding the towel in place, and let the whole thing sink to the floor. His erection reared up, straining almost to his belly-button.

Josie’s eyes widened in appreciation. “Looks like you want me a whole lot,” she purred.

Coming Together with Curves Blurb:

Curvy girls and the men (and women!) that love them is the theme of this charity anthology, edited by Victoria Blisse and Lucy Felthouse.

From Zumba classes to Burlesque dancers, all kinds of big and beautiful women are portrayed between the pages of this book. Read about birthday surprises, smut at the gym, horse riders, lusty couples, naughty neighbours, skilled bakers, rope bondage and misunderstandings from some of erotica’s best authors.
Sales proceeds benefit Parkinson’s UK.

Visit the Coming Together website for lots more fabulous altruistic erotica, including Lisabet's vampire anthology Coming Together In Vein, which benefits Doctors Without Borders!

Thanks so much for a great post and excerpt!

I hope that in addition to helping Parkinson's sufferers, this antho helps women realize that sexy comes in all sizes - not just size 3.

You're Welcome, Lisabet, always a pleasure! That's my hope too, to encourage ladies to love their curves and their uniqueness, that's always my goal. )

Great piece, Victoria! Yes, I absolutely agree with everything that you said.

Now I've got to come up with my own post for Lisabet. There are not enough hours in the day :)

Love the excerpt, the philosphy behind Curves and am right there with you in cheering on a breadth of body types! Big girls need good lovin' too.

Love the Rubenesque romances, Victoria!
Best wishes for your new release and for such a good cause.
Kate