Boy was I wrong. 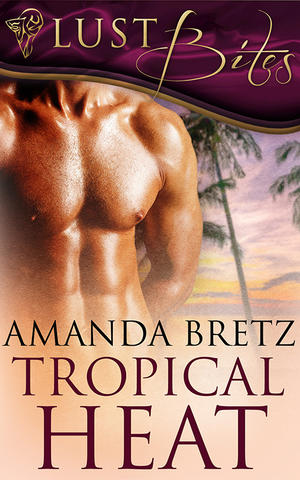 They have one night together to explore their passion, fulfill their needs and quench their desires, but will one night be enough?

Rayne Willows is an artist from the Pacific Northwest looking to shake up her boring life. A trip to Jamaica sounds like the perfect way to let loose and rekindle her passion for photography. When she meets local man Marcus Greene on the beach in Ocho Rios, sparks immediately fly. Marcus offers to show Rayne around his beautiful hometown, but during the sightseeing tour, the two quickly realize the passion they have for each other can’t be held back. They decide to make their one night together a sexy experience neither of them is likely to forget.

Surrounded by the cobalt ocean and the lush green hills, I couldn’t help but feel inspired. Jamaica was all that I’d thought it would be—and more. I closed my eyes and reveled in the sensations. The catamaran I was on swung and swayed to a rhythm that only it knew.

The sun burned on the breathtaking horizon. Thanks to the powerful early-morning light, the sea glittered clear to the bottom of the cerulean depths. I turned my head when briefly the calypso music stopped and the captain announced in his lilting island accent that we’d almost reached our destination.

Ocho Rios. We were almost there. As an artist I had spent the last ten years dreaming about visiting here, all of Jamaica, actually. Seeing the popular tourist destination of Ocho Rios had always been one of my deepest desires. The town was home to so much beauty.

The boat was en route to Dunn’s River Falls, and I couldn’t wait to experience the rush of the water, the absolute freedom of being one with the land as I explored the natural wonder. When I stepped off the boat dock and touched down in the soft sand, a hundred possible paintings flashed in my mind. The landscape that was set before me became my canvas. The beach at sunset with hues of tangerine, scarlet, turquoise and lavender. The beach at dawn when the sun kissed the shore good morning. The beach on a rainy day, with the turbulent churning of a navy blue sea against an angry, dark sky.

When I stepped a little closer to the falls, my heart pounded. The rushing water was so loud, I could barely hear my own thoughts. I stopped to stare at the unique rock formation. Nestled in the cliff just off the beach were the falls. The water cascaded down through large boulders, which resembled a jagged staircase.

Taking a step forward reverently, somewhat timidly, I dipped my head under the spray that emptied out into the sea and pulled back instantly. Despite the tropical weather, the spring-fed water coming from the falls was frigid. I paused to look around, wondering if everyone else on the beach was as shocked by the chilly waters as I was. Groups of American tourists shrieked and splashed around on the beach, while running back and forth between the waters of the deep blue Caribbean Sea and the crisp clear water from the falls.
The scene made me smile. I brought my camera’s viewfinder to my eye and began to snap pictures of the idyllic landscape.

I nearly gasped in surprise when I saw a shirtless bronzed Adonis jogging towards me. Even though it was an invasion of his privacy, I used the powerful zoom feature on my camera to get a better shot. I zoomed in further, closing in on his washboard abs. I swallowed hard. I’d heard of a six-pack, but the sexy hunk was sporting an eight-pack.

When he got closer, I twisted the lens and readjusted the zoom to focus in on his face. I clicked off a half-dozen shots in rapid succession as he ran towards me. His features were so stunning I knew he had to be some type of celebrity in Jamaica on vacation. Those eyes—they were the colour of warm caramel, and as he approached me, I could have sworn he was looking deeply into my own. God, he was gorgeous. I snapped one more picture of him as he jogged past me and it was all I could do not to follow him with my camera.

Want to know what happens next? Here’s where to buy Tropical Heat: http://www.total-e-bound.com/product.asp?strParents=&CAT_ID=&P_ID=2165 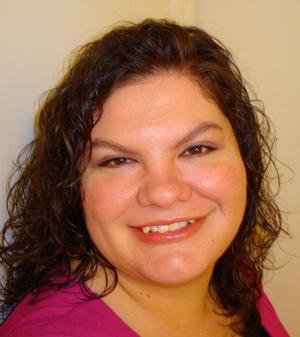 Amanda Bretz is the contemporary romance author of Finding Justus, Love in Greener Pastures,  Love,Simplified and Tropical Heat. She holds a degree in communication from Florida Gulf Coast University in Fort Myers, Florida and has written for both print and online media. When not writing, Amanda can be found whipping up something delectable in her kitchen, spending time in nature or getting lost in a good book. Amanda works as a freelance journalist and is writing her fourth novel, set in historic Saint Charles, Missouri, which is where she resides with her husband, Brandon.

Welcome to Beyond Romance, and congratulations on your new release!

Actually, I have a TEB book set in Jamaica: Fire in the Blood. Sounds like it's a bit different from yours, though - it's a M/M/F vampire story!

I agree. How disappointing when the bedroom door closes in the book you're reading. I remember one book where the (huge, bestselling) author wrote about the characters who were in a pool. He gave sexy descriptions of how the man was so attracted to the woman. He told us they embraced, then it was "when they finished...". I was like "WHAT? He's not going to tell us what happened, not even that they had intercourse?" Nope. Just - when they were finished. I thought, wow this guy is scared to write about sex! Lame.

Thanks, Normandie! I agree, so far it has been very fun ;-)

Thank you, Kate. I hope you enjoy it. Marcus, my hero in Tropical Heat, is a very yummy number, eyes the color of warm caramel and skin like smooth milk chocolate...okay, now I am salivating ;-)