Blame It on My Mom

Since Mother’s Day is Sunday I thought I would dedicate my guest post today to my mom!

When I was 13 I snuck my first romance novel from my mom’s secret stash of books and hid it in my backpack. I would stay up late at night reading it, while everyone in the house was sleeping. I read Montana Sky by Nora Roberts. It took me a total of three days to finish that novel. Would have been sooner if I didn’t have to hide it.


As soon as I finished that book I remember a sense of joy and relief washing over me. I was a writer…I was going to be a romance writer. I knew from that day what I wanted to be. I just wasn’t sure how to make it happen.

I read more books and I wrote down several ideas. At 16 I penned my first novel and soon typed it on my computer. I was so proud of myself. Now I look back at that novel and shake my head. What in the world was I thinking? The story doesn’t make sense, the characters aren't realistic or memorable and the plot has so many holes in it it’s ridiculous.

My point is I wrote and I didn’t stop. No matter how horrible the story was I continued to write more and more stories. Nora Roberts says it best. “I can’t fix a blank page.”

I also read. I had a new love of reading. It was a great escape as a teenager and now as an adult from the real world. Reading helped improve my writing skills. I honestly believe that. I learned more about making characters realistic and planning a story from beginning to end.

I have to have a solid plan in front of me before I start a story. I’m not a punster. I’ve tried to be a punster, but half way in I realize so many mistakes and plot holes, I have to re-write the entire story. It’s a waste of my time. So I sit down and plan.

My mom knew I wrote, but she was unaware of what I wrote until I was in my twenties. Then she was somewhat surprised by my choice. I will never forget out conversation that day. She told me if I wanted to be a writer then I should be a writer. She also told me I had to think about finances and if writing would pay the bills. My mom is smart and very realistic. So, yes, I do have a day job to pay my bills and support my family. I still find time to write and interact with readers and the rest of the writing world.

In fact, I’m addicted to social media sites, below are my links be sure to connect with me because right now I am running a couple of contests!

Contest 1: When I reach 500 likes on my Facebook Page I will be giving away a gift basket which includes: 3 books, lip gloss, nail polish, makeup bag, and fun author swag from several authors.

Contest 3: When I reach 1,000 followers on Twitter I will be giving away another gift basket which includes: Bath and Body Works lotion and body spray, nail polish, books and author swag.

Thanks so much for allowing me to be a guest today! I hope all of the mothers out there have a Happy Mother’s Day!!

Kelly O’Keefe first met a vampire when she was twelve. Now the pair are best friends and have opened Night Pleasures, an underground club that caters to vampires and their needs.  When Kelly’s sister is murdered, she finds herself working with Connor, a vampire she's been in love with for months. Unable to trust men, let alone a vampire, can she let him help her solve her sister’s murder?

Connor has been watching after Kelly for seven months with the help of his sire and best friend Micah. Connor has kept himself at a distance even though he knows they are life mates. He's afraid of losing control and turning Kelly against her will. When he learns Kelly plans on investigating her sister’s death, he steps in and allows himself to get close to her.

But how close is too close? 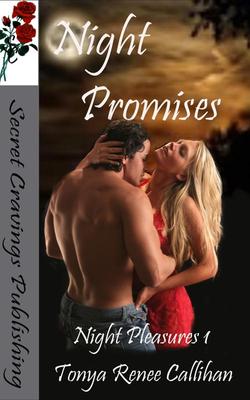 Connor knew she was coming, he could smell her before she opened the door. He was sitting on the couch, legs stretched out, arms spread across the back of the couch.

Kelly caught her breath as she stepped into the room. His eyes were back to light brown; she had never seen them darker than they had been just a moment ago. Did that mean he was hungry for her blood? Did he want sex? One would think that working in this environment she would know. But truth be told, she had never been alone with or this close to a male vampire before.

“Sit down Kelly.” He looked amused. “I’m not going to do anything you don’t want me to do.” That was the safest line he could use.

“Okay.” Kelly sat beside him on the couch and slipped her sandals off. Being on her feet all night, she appreciated the break. “You said we had to talk about my sister.”

“I know what you’re up to.” He wanted to touch her but restrained himself for now.

Kelly looked at him, “You can read minds then?”

“Micah can read minds. He was here earlier tonight, heard what you were planning to do, and informed me.”

“Why would he inform you?”

He was amazed she wasn’t upset about Micah interrupting her thoughts but wanted to know why Connor needed this info.

“It came up,” he shrugged. “You are stepping into some very dangerous territory. You could get yourself killed.”

“I know that!” she exclaimed, crossing her arms. “But I owe Tammy. She never would have known that vamps existed if it weren’t for me.” Kelly stood and began to pace the small room. “I got my sister killed. Don’t you understand?” She turned to him. “She would still be alive and working if it weren’t for me, Connor.”

“I have a strong feeling that a vampire I know, one who comes to my club, is responsible for this. Besides, I don’t need you to babysit me.” She turned for the door, but he beat her to it. “Get out of my way,” she said between gritted teeth.

“No!” This time he did touch her cheek, slightly. “You smell like sunshine.” He leaned closer to her.

“Give me a break. I have guys trying those lines on me every night.” She tried to push him away, but he only grinned.

“I’m stronger than you, Kelly. You can fight me all you want, but I’m not moving.” This time, he placed his thumb on her pulse. “It’s racing,” he whispered. “I can hear it racing every time I’m near you.”

“Not much difference really, but I can hear sounds miles away, see past the stars, fly above the clouds, and taste every flavor in ones blood, kiss, and body.” He gave her body a glance, down then up again.

“I’ve never been with a vampire,” she blurted.

“No, never even kissed one.” she laughed at herself.

“Can I ask why?” Connor rubbed his hand down her neck and across the swell of her breasts. He asked the question, but he felt he already knew the answer. He needed to hear her say it.

“Because I only want you,” she confessed taking a step back. “I’m sorry, that was really forward.” She crossed her arms again.

“That’s okay.” He stepped closer to her. “Being forward is a good thing, especially when I don’t have Micah here telling me what you are thinking.”

“Oh,” she laughed a little shakily. “I should probably get back out there.”

“Don’t.” He placed a hand on her stomach to stop her. Connor knew better; he knew he should just let her go. She was better off if he didn’t take from her. Being his mate and being a full moon he could lose control and turn her against her will. He couldn’t do that, not to her.

“No, it’s very pleasurable for both.” He reached over and dimmed the lights. “Let me pleasure you, Kelly,” he whispered before placing his lips over hers and sucking her bottom lip into his mouth. Then his tongue was dancing with hers. Connor cupped her right breast and felt her nipple come to life under his thumb.

“Oh, wow.” Kelly murmured against his mouth. “This is just the start,” he promised, pushing her back against the wall. “Just relax,” he soothed, giving her neck an open-mouthed kiss. “I would never do anything to harm you,” he promised.

“I trust you.” She gripped his hips and forced her body to relax when she spotted his fangs.
Connor felt her tense, “I’m going to take you places you’ve never been, Kelly.” He pushed the top of her dress down to find her completely naked and greedily sucked her nipple into his mouth.

Kelly brought her hands up to grip his head and held him closer to her body, letting a moan escape.

After giving the same attention to her other nipple, Connor began kissing his way up her chest to her neck, where her pulse wildly raced, and he quickly pierced her skin. Kelly called out, shouting his name as her body began to shake, the beginning of a wonderful orgasm. She felt the blood flowing out of her body and into his mouth. The thought of him tasting her, every flavor, caused her toes to curl. She moaned and grasped him tighter as her powerful orgasm overwhelmed her body.

“Connor,” she mumbled, “weak,” moaning in pleasure and a bit of pain. 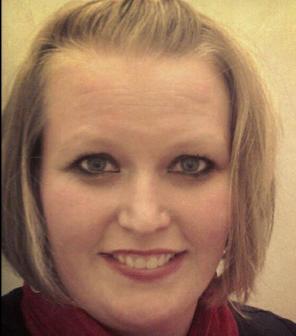 Tonya has been writing all of her life. At the age of 13, on Christmas break she snuck one of her mom’s romances from a box brought over by her grandma. The novel she read was ‘Montana Sky’ by Nora Roberts. Once she finished reading that book she knew someday she would to be a published romance author. She has been writing every since.

Now a single mom she balances her time between her 10 month old son, Mason, writing, work, and the Internet!

Tonya loves to help support some of her favorite authors and is very involved in several street teams and posts book reviews over at her blog!

Her first novel was published in January 2010, Night Promises, the first book in her Night Pleasures series! After a long wait her second book from MuseItUp Publishing, Claimed will be coming out Spring 2013! With hopefully, more releases this year as well.

Welcome to Beyond Romance, Tonya!

Nobody in my house read romance. I didn't start reading it until I began writing it. Guess I'm a late bloomer!

My older brother read Sidney Sheldon and others of that genre, I progressed to romance all on my own after reading his books. Loved the post. lisagk(at)yahoo