I’ve written several posts about sex magic and why I’ve chosen to use sex as the form of magic that drives the plot of Body Temperature and Rising, but there’s another kind of magic that weaves itself through, not only all of BTR, but through all three of the Lakeland Heatwave novels, as well as plenty of my other stories, and that’s kitchen magic or food magic.

From my childhood, I always remember that real life, the real activity that mattered, along with all the gossip, all the laughter, all the feasting, all the celebrating and all the comfort centred around the kitchen and around food, either being prepared or being eaten. That it should be the case in Body Temperature and Rising isn’t a surprise. 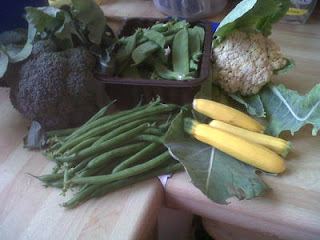 Anyone who knows me very well, knows I’m a bit of a food philistine. I don’t do fancy, and I don’t do complicated. Whatever I cook, I cook in thirty minutes or less with fresh veggies I’ve grown myself and fresh ingredients. We’re just now, finally, getting seriously yummy veg from our allotment, so the eating is especially good. We don’t do take-away or fast food at our house. Why? Because I can do it myself faster. I keep it simple and I keep it fresh. And while my witches have among them a gourmet chef who is an artist when it comes to food, the magic is not so much in what Fiori cooks as it is in the fact that it’s always shared with gratitude and always an experience of refreshment, restoration, and bonding for the witches of the Elemental Coven. Plus, at times it can get pretty damned sexy as well.

Though my husband and I are much more skeptics now than when we were a part of a Wiccan coven, one thing that we’ve not left behind is a little chant/prayer/utterance of appreciation, which we share before each meal:

That which was living is offered in sacrifice for us. Hallow the sacrifice.

All things feed on each other, and as growers of a substantial sized veg patch, we’re developing a deep understanding and appreciation of what has to happen for food to come to our table. And we often have the blisters and sore backs to remind us that food, for some of the world, is not a simple trip to the supermarket. It’s a good thing to remember. Something that was a little seed only a short time ago is now a meal for us. Something that was living now must die and become a part of us so that we can live. 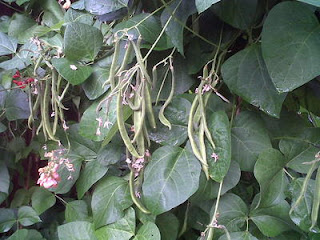 I have always said that sex, in my opinion, is the ultimate magic because it’s the creative force in our world. But the growing, preparation, and sharing of food can’t be far behind sex where magic is concerned. It’s that ritual, that essential part of our existence that sustains us, as well as offers us the chance to bond and share and be comforted and be refreshed, and be a family.

Blurb:
American transplant to the Lake District, MARIE WARREN, didn’t know she could unleash demons and enflesh ghosts until a voyeuristic encounter on the fells ends in sex with the charming ghost, ANDERSON, and night visits from a demon. To help her cope with her embarrassing and dangerous new abilities, Anderson brings her to the ELEMENTALS, a coven of witches who practice rare sex magic that temporarily allows needy ghosts access to the pleasures of the flesh.
DEACON, the demon Marie has unleashed, holds an ancient grudge against TARA STONE, coven high priestess, and will stop at nothing to destroy all she holds dear. Marie and her landlord, the reluctant young farmer, TIM MERIWETHER, are at the top of his list. Marie and Tim must learn to wield coven magic and the numinous power of their lust to stop Deacon’s bloody rampage before the coven is torn apart and more innocent people die.
Excerpt: 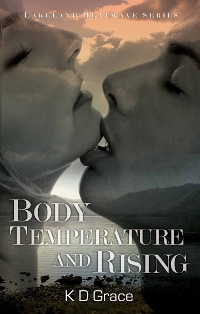 Fiori would not allow the return to Lacewing Cottage before stuffing everyone with roast chicken and raspberry white chocolate pavlova. They would all need their strength, she said, and none of the Elementals ever argued with Fiori where food was concerned. But by the time the last of the pavlova was eaten and the coffee was served up, Marie had the sneaking suspicion something else other than the fabulous meal was going on. She sat between Tim and Anderson, and even if she hadn’t been able to see that they both had fly-bursting hard-ons, the way they both squirmed and shifted and the smell of Tim’s heat would have been a dead giveaway. She was sure they both could smell her lust, even above the delicious scent of the fabulous meal, and she was more than a little bit worried that the cushion on her chair would be wet before the table was cleared. It was early evening when the three finally left for Lacewing Farm.

Anderson took Marie by the hand and pulled her into the back seat of Tim’s Land Rover with him. Before Tim had the engine started, Anderson had her blouse open and a sharp nippled breast excavated and pressed to his lips. Up front Tim adjusted the mirror so that Marie could see his eyes. Then before he started the engine, she heard the zip of his fly and he wriggled and shifted in the seat. She saw his eyelids flutter, heard the hitch in his breath, then he started the engine and they were off.

It wasn’t a long drive, but Marie was surprised the windows weren’t steamed. Anderson had greedily freed both her breasts and suckled them alternately while his other hand found its way up under her short denim skirt and into her panties. All the while his erection rubbed and gouged against her thigh. Though she couldn’t see what Tim was doing, he was definitely driving with one hand on the wheel, and with the way he was struggling to breathe she had no doubt where his other hand was. That only made Anderson’s stroking and tweaking feel even hotter.

They barely got out of the Land Rover before Tim, making no effort to zip himself in, though Marie doubted if he could if he wanted to, drug her bodily from Anderson’s gropings, taking her mouth for himself and yanking aside the crotch of her panties to finger his way in between her folds.

Anderson shoved in next to him as close as he could get and went to work kneading her breasts and kissing and nibbling any bare skin he could find, which was getting to be more and more by the second as they all three stumbled and pushed their way toward the door of Tim’s cottage.

‘They did something to us, didn’t they?’ Tim gasped when he came up for air. ‘Some sort of spell.’ Then he went back to eating her mouth as though he hadn’t just had Fiori’s four course meal.

‘There was no need for any magic on their part,’ Anderson breathed, nipping at a tender spot on Marie’s nape. ‘We three are not in need of their assistance where the pleasures of the flesh are concerned.’

They shoved and groped and pushed their way into the lounge. There was a fire built in the fireplace and an open bottle of wine breathing on the coffee table accompanied by three glasses. Marie figured Tiggs and Finney had taken care of that on Fiori’s orders.

It was as both men tugged her down onto the pile of cushions on the stripped wood floor that she took the initiative. She guided Anderson’s right hand from her breasts down to rest on Tim’s bulge, and it was as though everything had suddenly been freeze framed. The only sound, the only hint of motion was their own desperate breathing and the crackle and dance of the fire.

Tim shoved his way free of the tangle of arms and legs and crab-walked his way back against the sofa, his chest heaving like it would explode, his eyes locked on Anderson.

Marie held her breath, not knowing whether she should apologize of laugh and blow the whole thing off. She didn’t have to do either.

Anderson gave her hand a reassuring squeeze and moved to sit next to Tim. ‘Intuition has long been one of my gifts, Tim Meriwether. Am I wrong in believing that you wish more from me than just to watch me share the pleasures of Marie’s body with you?

‘No. No you’re not wrong.’ Tim ran shaky fingers through his dishevelled hair. Then he took a deep breath, glanced from one of them to the other, his gaze coming once again to rest on Anderson. He squared his shoulders and offered a twitch of a smile. ‘No. You’re not wrong.’

I feel the same way about food as you do. There's something almost holy about preparing food for others. I've never had much of a green thumb, though I did have an herb garden for one season that was a delight.

Meanwhile, I've GOT to get myself a copy of Body Temperature and Rising! It has been on my mental To Read list for ages!

I love providing healthy food for me and my honey. It's something I can do to take care of our health and bring us pleasure. I'm a kitchen magician! Nice post and fabulous excerpt.