It's Sunday once again, and you know what that means - another juicy excerpt featuring kissing or other enjoyable oral activity.

In a foreign land, a woman discovers exotic new realms of the senses...

When software engineer Kate O'Neill leaves her lover David to take a job in Thailand, she becomes sexually involved with two very different men: a handsome and debauched member of the Thai aristocracy, and the charismatic proprietor of a sex bar.

Each touches her in a different way; each teaches her different things about her body and her heart.

Then David comes to Bangkok, and Kate realises that, finally, she must choose one of the three men who all desire her.

If you haven't been there already, hop over to Victoria's  Sunday Snog page and read the other sexy snippets she and her friends have on offer! 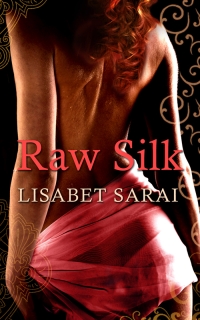 Marshall spoke. “You may touch yourself inside your clothing, if you wish.” There was that edge of mockery again. Clearly he knew how excited she was, how she craved more direct stimulation. She dared to open her eyes.

He was sitting forward in his chair, drinking her in eagerly. His blue eyes flamed with eager lust. But his voice remained almost dispassionate, totally controlled. “You know you don’t need to be shy with me, Kate. Go on, do it.”

She did not hesitate further. Stretching the waistband of her briefs, she slithered her fingers through her pubic curls to touch the slippery knob of flesh at the heart of her sex. At the same time, she pushed aside the fabric covering her crotch and thrust three fingers deep into her vagina.

Now she twisted and pounded her clit, sensation building on sensation. Her other hand stroked in and out, fingers spread wide. She was very close to climax. She tried to ignore her audience, to lose herself entirely in the explosion of her senses. Instead, she found herself fantasising, imagining his coarse face above her, thinking about what it would be like to have his cock inside her instead of her fingers.

She began a low keening, feeling her orgasm just out of reach. Then she heard his voice, his tone sharp. “Stop. Right now.”

She would not have thought it possible to obey. Yet somehow, for some reason, she did. She opened her eyes and looked at him blankly, breathing heavily, both her hands still inside her panties.

“Good,” he said softly. “Very good. It’s not time for you to come yet.

“Take them off,” he ordered. Kate removed her hands, shimmied the damp garment down her thighs to her ankles, and stepped out. Suddenly, incongruously, she felt incredibly exposed. Her sex gaped hungrily, her lower lips swollen and red.

“On your knees now.”

Once again she felt a flare of resistance. Part of her, though, wanted to follow his direction. She felt a strange pleasure as she sank to a kneeling position across from him. She looked at the floor, not daring his eyes.

Awkwardly, still in her high-heeled shoes, she bent down and took the discarded briefs in her teeth. Her nostrils filled with her own musky scent and she felt a new surge of lust.

Somehow knowing that this was what he wanted, Kate put her hands down and crawled the short distance to the chair where her tormentor lounged comfortably. With her ass in the air, she felt even more vulnerable, and more aroused. He sat up, thighs apart, and gestured to her to come closer. Finally, she was at his feet, between his spread legs. She sat up, leaning back on her heels, offering him the garment in the manner of a family pet offering the newspaper.

Gregory gave a little laugh, of delight more than mockery. He took the panties and held them to his face, inhaling deeply the womanly perfume with which they were soaked. “Wonderful!” he said, “even better than I had hoped.”

He leaned forward, cupped her chin in his hands, and searched her face. “Are you all right?” he asked, quite serious. Kate nodded, revelling in the fact that finally he was touching her. She focused her attention on him, silently begging him to handle her breasts, to stroke her ass. But instead he sat back in his chair, still regarding her gravely.

“Shall we continue, then, my little Kate?” he asked.

“Yes,” Kate almost whispered, not knowing to what she was agreeing. “Yes.”

Marshall rose from his chair and stood towering over her, almost straddling her. He took another sampling of her scent, and smiled down at her. The mocking tone had returned. “Undo my fly, then,” he said. “And give me your mouth.”

Kate tried to be gentle and careful unfastening his jeans. Tight under normal circumstances, his erection stretched them to the point that the zipper would hardly operate. Every time her hands brush that taut organ through the denim, a shiver ran through her own flesh.

When Marshall’s cock finally became visible, she stifled a gasp. His member was on the same scale as the rest of him. It pulsed with heat, as if this were the heart of his fevered self. She ran her tongue delicately down its length, tracing the raised veins, tasting salt and bitterness.

“Open yourself,” he said. As she did so, he slid his penis into her mouth, slowly, steadily. “Wider,” he murmured. “I want you to take all of me, every centimetre.” He pulled back slightly, then pushed in further.

Kate fought rising panic as she felt herself choking.

“Relax, Kate. Open to me, receive me, honour me.” His voice, husky with lust, reassured her. Waves of warmth flowed through her limbs as she allowed her facial muscles to go limp and let go of the constriction in her throat. He pushed even deeper; she willed herself to open more. Then she realised her chin was against his pubic hair, that in fact his entire penis was inside her mouth. Pride surged through her, even as he began thrusting, out and then all the way to the root once again.

His rock-hard flesh battered her lips, yet somehow the pain did not reach her. She marvelled at the silky skin that covered that hardness. As he slammed his hips against her, the rough denim of his jeans grazed her nipples, which were just as hard, sending electric spasms through her body. Kneeling, legs apart, she felt her own juices running down the inside of her thighs. Her clit throbbed in rhythm with his thrusts. Somehow Kate knew she did not have permission to touch herself.

His motions quickened. Kate felt a premonitory contraction in the rod of flesh that had taken over her mouth. Exultation filled her. Let him come, she prayed to herself, let me taste him, swallow him, serve him. She closed her eyes and focused on becoming the perfect receptacle.

Contrary, as always, he did not do as she had hoped. Clearly just on the brink of orgasm, he stopped. He slid his penis out of her mouth. Kate stared at him, her mouth still open, disappointment flooding through her.

Wow, Hot stuff, Lisabet. You never fail to heat things up on a Sunday!