Apparently, it was not the ‘husband’s responsibility’ to pleasure his wife. Nah, he left that to the doctor.

While researching this topic, I found my mouth was constantly agape as I read through article after article, fascinated, shocked and slightly amused by the foolishness of humanity on this certain subject during history. The earth being flat came to mind several times, and I wonder if you too will have the same reaction as you read on.

Female Hysteria – “an illness in which the patent suffered from symptoms such as faintness, nervousness, insomnia, heaviness in abdomen, muscle spasm, shortness of breath, irritability, sexual fantasies and vaginal lubrication as well as a ‘tendency to simply cause trouble’”. *Is anyone else’s eyebrow rising as they read this?*

I couldn’t help but laugh as I read articles from doctors in the 19th century where they claimed it was ‘their responsibility’ to treat these women for Hysteria. What we now know as ‘sexual frustration’ was treated by doctors (and sometimes midwives) through ‘pelvic massage’ until the patient achieved a... ahem...‘hysterical paroxysm’. These days - and in the field that I’m in - I’d classify it as an orgasm, little death, explosion or something similar. But call it what you will, it all means the same thing. The family doctor would ‘massage’ her lady parts until she, well.... you know.

Through my research, I can’t help but think it was an excuse more than anything and I find myself glaring at the husbands of these poor women. What are they doing? Nothing with their wives, apparently.

As a romance writer, I’d love to believe that no woman would live without experiencing at least one orgasm in their life and if it had to be at the doctor’s hands, then so be it. But it strikes me as odd how the doctors, husbands and even these women couldn’t see the ‘treatment’ as sexual. According to both doctors journals and articles written at the time, any reference to treatment of ‘Female Hysteria’ was dismissed as being sexual as there was no penetration involved. This became somewhat harder to defend when the invention of ‘vibrators’ - which voided this point - slowly became the preferred method of treatment.

In 1957, ‘Female Hysteria’ was legislated out of existence by the American Psychiatric Association. The main reason behind this was that vibrators used to treat this ‘illness’ started to become used in the earlier forms of pornography. Ding, ding! Now they see it!

It’s good to see at least one woman knew the truth and is spreading the word!

My heroine therefore takes her friends advice and attempts to take matters into ‘her own hands’ so to speak. However, doing so by a river might not have been the wisest idea, especially as the neighbouring lord just happens to be out hunting alone at the time and comes across her appearing to be having a difficult time in following her friends instructions. He was a gentleman after all, and saw it as his duty to assist the poor damsel in distress. *giggle*

Here's a bit of a taste to whet your appetite.

A clear blue sky was a rarity at this time of year. England had the worst weather, apart from Scotland, perhaps, where it rained no matter what the season. 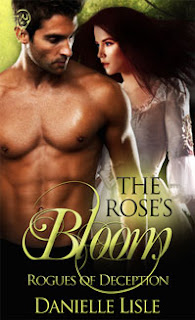 Damon knew he shouldn't complain, especially on a day as grand as this. The birds were singing, the wind whispered softly as it passed him, and the wildlife rustled in the underbrush. He was not after a small creature. No, he had his sights on a mighty stag. His man of business had mentioned seeing one in the area when he had recently journeyed from London. How prized would the animal look hanging on his wall? Of course, his study was already filled with the heads of other beasts, but Damon would make sure his staff found room for this creature's massive antlers.

Approaching the large, winding river where he hoped his prey would stop to drink, Damon was surprised to notice a white mare tethered to a fallen tree. The mare raised her head as he approached, though she paid him and his black stallion little mind, finding the greenery below more appealing. He noticed the horse wore a sidesaddle and Damon's eyebrows drew down as he looked for another steed. The mare was a fine horse, her saddle also of noble quality, yet it was unlikely a lady of nobility would have ridden out alone. A lady would never be found unchaperoned. It could ruin her reputation.

Scanning the tree line along the wide river, he became more puzzled as time progressed. Had the lady come to some harm? Where was she?

A sudden ripple in the water caught his attention. A woman rose, gasping for breath, taking the air deep into her lungs before she laughed, flipping onto her back, floating around as she gazed up at the blue sky.

It took Damon a moment to overcome his shock at the woman's sudden appearance before he noticed she wore nothing but her slip. A very sheer slip. His eyes moved hungrily over the wet material, which clung to the vibrant curves underneath. The round softness of her breasts and the darker shadow at the apex of her sex intrigued him, as it would any hot-blooded male. His cock hardened as he sat upon his steed, conflicted between twin desires—to watch, or to make the girl aware of his presence? The former won out, and he encouraged his steed backwards, into the thickness of the forest along the river, concealing their presence. He was thankful for the soft splatter of water falling from the small waterfall upstream, masking his steed's hoof falls. 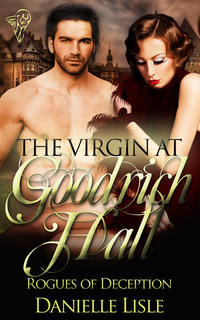 Unable to bear not viewing her for long, Damon dismounted and tethered his stallion to a branch before hurrying back towards the river, where he perched himself against a tree like a hunter stalking his prey.

The girl, who he could now see clearly to be about eight and ten, perhaps, still floated carelessly on top of the water. She kicked her legs gracefully and ever so slightly, to keep herself from drifting downriver. Upon each movement, as a leg bent, the wet material of her slip clung to her sex, teasing him with glimpses of the hidden treasure.

His cock pulsed in his breeches, reminding Damon it had been too long since he had bedded a woman. Shifting his stance to release the tension behind the fabric, Damon groaned. Instead of easing his discomfort, it seemed to have advanced it. How divine it would feel to sink into the warmth of a woman's sheath at that moment, pounding into her heavenly softness with the sun's heat at his back. He shifted his stance again.
Blast it!

THE ROSE'S BLOOM is available now from my publisher TOTAL-E-BOUND! Click on the book cover to read an expert!

A big thank you to Lisabet for allowing me to talk to you all today about this ‘interesting’ topic.

Comment below for you chance to win a copy of THE ROSE'S BLOOM. Check back to see if you have won, or leave your email address in your comment so we can contact you if you’re the lucky winner! Good luck! 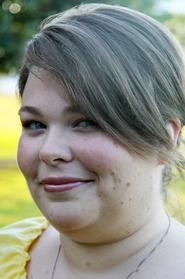 Bio: Living in the remote part of Australia called the Northern Territory, Danielle conforms to the typical Aussie persona. That is, if you think the typical Aussie sits around the BBQ with a beer in hand, dressed in a singlet, shorts and ‘pluggers’ (rubber thongs) thinking nothing of the 35 degree celsius heat with 100% humidity and ignoring the snapping handbags (saltwater crocodiles) swimming nearby. Yep, Danielle is certainly that typical Aussie on weekends, but during the week, she is somewhat different.

Transporting herself to a place of history, intrigue and fornication, Danielle writes historicals laced in scandal, lust and desire, with no thought to propriety or what’s socially considered ‘proper’. She adores the handsome rogue or the wild rake that refuses to acknowledge to the possibility of love or monogamy. What woman doesn’t like the allure of the wonton tempter, with his tightly fitted breeches and devilish smile? *swoons!*

Danielle believes there is something hugely gratifying about taming that wild gentleman, and is kind enough to haul us along for the ride.

Welcome to Beyond Romance, and congratulations on the release of THE ROSE'S BLOOM. I'm certainly grateful I wasn't born until the mid twentieth century!

Hi Lisbaet!
Thanks for having me! I feel the same way! Though, i bet doctors were popular. :D

Thanks for this post, Danielle. I knew some of this already, but it bears repeating. Some aspects of history are stranger than fiction! I didn't know that "hysteria" wasn't removed from the standard diagnostic manual until the 1950s - mind-boggling.

Hi Jean - i agree! I was like, "It took to 1957 before it was removed? Really?" I would think the doctors were very well used back then, esp if he was good at the task at hand. ;)

This is such a great blog post, Danielle! :D No wonder being a doctor was such a sought-after profession.

Sudden urge to write a story where men still haven't realised... and women are using doctors as if the doctors are whores. ;)

Hi Amy! I'm glad you liked it! I too think there is a future story there. *wink*