Don’t Get Me Wrong…

…I'm not writing your truth. Whoever ‘you’ may be. I'm writing mine. 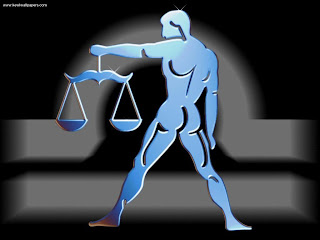 It all started way back when I was born a Libra: a natural peace keeper. It's one of those things we're known for. And really, I have to say, there is a very large part of my being that absolutely abhors conflict. So much so that growing up I tended to just not mention things that I knew would bring conflict on. I just didn't tell my family things they didn't want to hear.

Don't get me wrong on this point, either. I have never doubted that they love and care about me, I just decided early on it was easier not tell them things about myself that might bring that love or acceptance into conflict.

-I don't like the unspoken pressure of being among the youngest and having to follow in the academic footsteps of seven straight A students before me.

Okay, well, maybe it wasn't that well reasoned out at the time, but an older and wiser version of me can look back on those years and know that I was deliberately not working to my full potential because I didn't want to

A) admit I hated the pressure, or

B) field the arguments and disappointments if I failed to live up to it after I proved once I could do it.

Some people might call this behavior lazy, looking at it from the outside in. Those people wouldn't understand the depth of how much I hate fighting, or how difficult I find it to put myself in a position that might bring on conflict.

An older and wiser version of me also can see that I likely cheated myself out of advantages I could well have enjoyed were I to push myself and live up to my potential. Maybe. Probably. Oh well. What's done is done.

The point is, this is one of many examples, many things I kept quiet about in order to keep the peace. A person can't live like that forever, and eventually, older and wiser, I came to my senses, found safe outlets, safe places, safe people to be myself around, and I'm happier for it. But all that hiding and ducking left it's mark, and when I write a story, like my current WIP, it might look, on the outside like a story about a young cross dressing college guy trying to explain himelf to his boyfriends and his uncle, but at it's core, its more than that.

It truly is a reflection of my own struggle, my own fears, and my own hopes for a brilliant outcome. They say write what you know. I do. I might layer it in a veneer of not being even remotely anything like me, but that doesn't change what it is at the heart of it: an emotional experience I know I lived through. And really, it's a human experience, and isn't that universal?

And since I brought it up, I thought I'd share an exclusive little first (highly unedited, mind you) taste of the WIP in question.

“Where were you?” Uncle Jase asked as he slipped in the door. Fitting the show’s centerpiece had taken longer than either he or Mitchell had anticipated, and it was well past even bar closing time.

Caleb let his bag drop with a thud to the carpet. “Out, Uncle Jase.”

“Left some ‘za in the fridge for you.”

“I hate pizza, Uncle Jase. Pretty sure I’ve told you that before.”

“Listen, kid, I promised I’d take care of you, right? So eat some supper. You’re thin as a rail, you.”

Caleb turned from where he’d been hauling himself up the stairs. “You don’t have to look after me, Uncle Jase. I’m a grown man.”

“A grown man who’s moped about this house for the past month like an emo teenager, maybe. What’s up with that?”

“Not your son, Uncle Jase.” Caleb spread out one hand and rubbed at the palm with the fingers of the other. He rubbed all the color away, chasing the pink with the flat of his thumb, watching it come back each time. “Not even family, really. Not seriously. You can’t stand to look at me, to see me.”

"You try so hard to make me someone else, someone you can bear to look at. An accountant, for god’s sake. When I’m a musician. You want me to eat pizza. Gluten makes me sick. You want me to kiss girls, and I prefer dick. You want things the way you want them, and that isn’t the way I am.” He lifted his gaze finally, to find Jason standing over him.

Uncle Jase sank onto the step beside him. “Maybe a few weeks ago, I would have said I wanted you to get your head out of your fucking ass and see that you’re only going to get that ass kicked if you don’t forget all this shit and be a real man.”

Caleb stood. “You can try and do the honors, Uncle Jase. I will throw your fat ass down, and I’ll still want to fuck my boyfriend after.”

Uncle Jase laughed. “You see? Now that’s what I want to see. You standing up. Being tough, like I know you are. Right as rain, Caleb.

“Right as a whole lot of gay ol’ tap dancing in the rain, Uncle Jase. You know that. Don’t even try to tell me you don’t know.”

“Of course I know. I know that. I know it all, kid. I’m not blind, not stupid.” He curled his hand around the back of Caleb’s neck, like he had the day Caleb had found out he was no one. His voice dropped to quiet; soothing, and Caleb wanted to close his eyes, lean on the older man. “I got eyes, kid. I hear people talk. I know about bar fights, and like any good parent, I snoop in the back of my kid’s closet.”

Caleb jerked his head up, his heart skimming over actually beating, right into explosion. “What?”

So, what do you think? Is it worth it to read a book someone wrote about a person they could never possibly be, because at the heart of it, there might be something bigger and more important? I think it is.

What do I think? - There are so many possibilities inherent in this one snippet. Keep on writing.

Welcome back to Beyond Romance, Jaime!

Your post really resonated with me. I hate conflict too (though I'm an Aquarian), and I've made decisions that perhaps were not the best in order to keep people happy.

The WIP feels _real_ - I think you've succeeded in your goals.

Widdershins--I love that handle, btw, I never thought about it from that angle. It's an awesome point! What better way is there to open our minds and hearts to other ways of being in the world but to try writing something you don't already know by heart. Thanks!

Lisabet, thanks for having me back. I love visiting over here. I guess it is a kind of universal feeling. In the moment it's hard to see that a moment of conflict might be less painful in the long run than knowing you compromised something you maybe shouldn't have. I hope the story reflects that.

Great post, Jaime. I hate conflict as well, and will go to crazy lengths to avoid it.

I love this excerpt...when will the book be out???

I'm pretty sure I'd want Jamie Samms any other way but the wonder way she IS.

And I love that you pointed out that, even though our stories may be painted with a ficiontal veneer, they ARE us sometimes. I know this for a fact. Something in every character I ever wrote is a part of me, and it's my way of sharing myself...or like a virtual shrink couch for me? LOL...

Never look back at how you are what you are now, just embrace it because it's you and you're wonderful.

Geez, Carol, I was going to say!!! lol!! I'm glad you wouldn't want me other than I am, because I'm a lot of ways done pretending otherwise, at this point in my life, and those who take exception can just...get over themselves.

Thanks for the compliment, as well, Carol. I hope the story shakes out okay when it's all done.

I know what you mean, Karenna. I've done some pretty crazy things, sunk pretty far into self-denial trying to avoid acknowledging things even to myself that I thought would bring me into conflict with those around me. I still do, sometimes, but at least now I can see the behavior for what it is.

As for when? Well, it's still at the beta stage, so no idea yet. Haven't even offered it to any publishers, yet. But I'll keep you posted :D

Please finish this book, i want to read it. i am sooo like this too and i have to force myself to stand up for me sometimes. i understand just how you feel. so again please finish so i can read it. :)

:) I said in my post today that I hate conflict too. How ironic! You are one my author who write with the most emotional intensity, and I love how you wring the emotions out of each page. Bring it, girl!! :)

I'm a libra too so I can relate on so many different levels. What do I think? I loved how this story started and I want to see more.