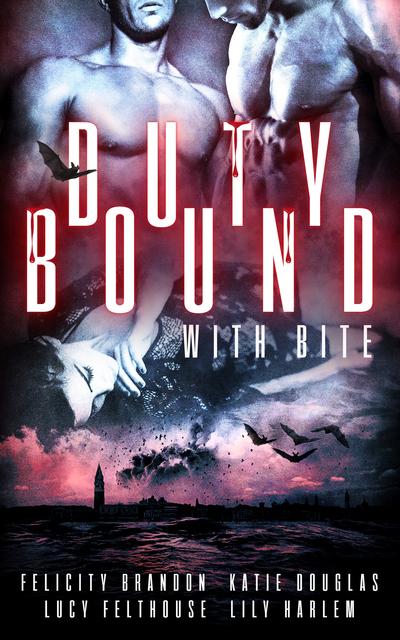 Four steamy reverse harem/menage stories from bestselling authors who can't resist a handsome man, or rather men, in uniform.

And to further ramp up the action, as a Halloween special, these strong heroes and sassy heroines are not as they seem. With visceral vampires and dashing demons galore, they are sure to heat you up as the nights grow cold.

CRAVED BY THEM by Lily Harlem

THE CORRUPTION OF SISTER MARY IMMACULATE by Katie Douglas

THE LONG NIGHT by Lucy Felthouse

EXORCISE ME by Felicity Brandon

*Anthology available for a limited time only, so grab your copy today! 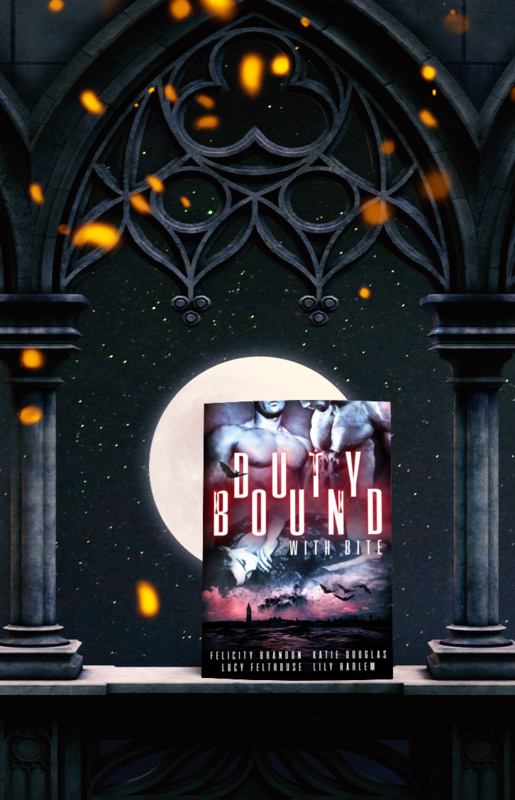 Excerpt from The Long Night by Lucy Felthouse

I’m prepared for pretty much anything on my way to my next-door neighbor’s house for her Halloween party. Loulou is well known across north London for her wild, extravagant events, a few of which I’ve had the good fortune to be a part of—they’re always good fun. So I’m expecting something spectacular—she wouldn’t let me help, or even have a sneak peek at the decorations, so whatever she’s gone for will be a complete surprise to me.

I don’t bother announcing my presence to my neighbor—we’ll find each other before long. Instead, I immediately start exploring, exchanging the occasional polite nod with other early partygoers as we pass. The scent of pumpkin spice hangs in the air. So far, so typical—more cobwebs, spiders, pumpkins, skulls, bats, black cats, ghosts, witches, zombies, black floaty material draped everywhere, creepy music…

You’d think she’d have an idea, really, given she lives next door to one. 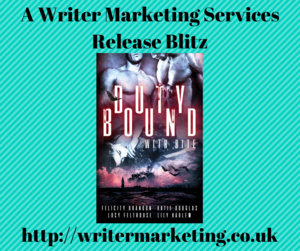 There are some hot, steamy authors in this book. But I still can't wrap my m ind around men being willing to share. I'm keeping an open mind, and will continue to try to understand this phenomenon--by reading about it. LOL.