It’s not just her taste buds that are tingling - Moonstone, #ReverseHarem #EroticRomance is now an #AudioBook @cw1985 @voiceofholland 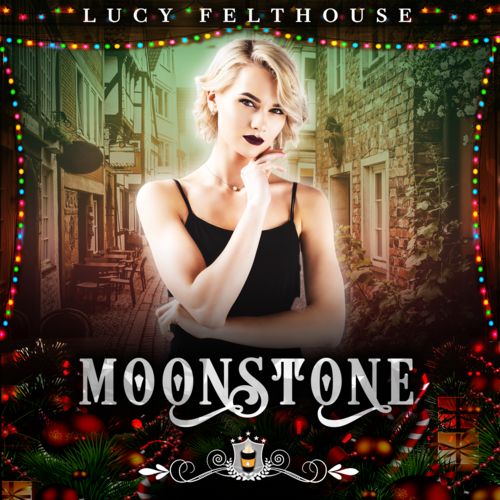 Christmas gifts aren’t the only surprises Ginny is going to get this year.

Moonstone Guinevere ‘Ginny’ Miles is in Silver Springs visiting her parents for the holidays. They moved to the town five years ago, and adore their new life here. Used to the hustle and bustle of London, England, Ginny isn’t convinced at first—what’s so great about a small town in Upstate New York, anyway? Despite her own opinions, it’s clear to Ginny the move has done her parents the world of good—they look years younger. There’s clearly something magical about this town.

Following some exploration of her own, Ginny discovers Silver Springs has its charms—Jewels Cafe is amazing, for starters, as is its pumpkin spice latte. Ginny’s drunk a lot of lattes in her thirty-three years, but nothing quite like this.

Her taste buds are still tingling from the tasty treat when she comes across a broken-down truck on the way back to her parents’ place. And when she spots the three gorgeous guys with the vehicle, it’s not just her taste buds that are tingling.

Is Ginny’s vacation in Silver Springs about to get a whole lot more interesting?

Moonstone is a standalone contemporary reverse harem romance. It is part of the Jewels Cafe series.

*The audiobook is also available via many library systems, so if you listen through your library, please do contact them and find out if Moonstone can be added to their catalogue!

Moonstone Guinevere Miles—known as Ginny to people who didn’t want to incur her fierce and everlasting wrath—heaved her suitcase off the luggage reclaim belt with an “Oof!” and placed it on the floor, a sigh of relief escaping her. At least the thing had wheels—she didn’t really have the energy for carrying a heavy suitcase all the way through Customs and out to Arrivals. The long, tiring flight had seen to that.

No matter how much she tried, no matter how exhausted she was, she simply could not fall asleep on a plane. Ever. Eye mask, ear plugs, meditation, bloody whale music—nothing helped. She’d long since resigned herself to staying awake while snores from other passengers emanated around the cabin. At least it had only been about seven and a half hours since taking off from Heathrow—she couldn’t imagine what state she’d be in if she ever flew any longer than that—to Australia, New Zealand or somewhere. 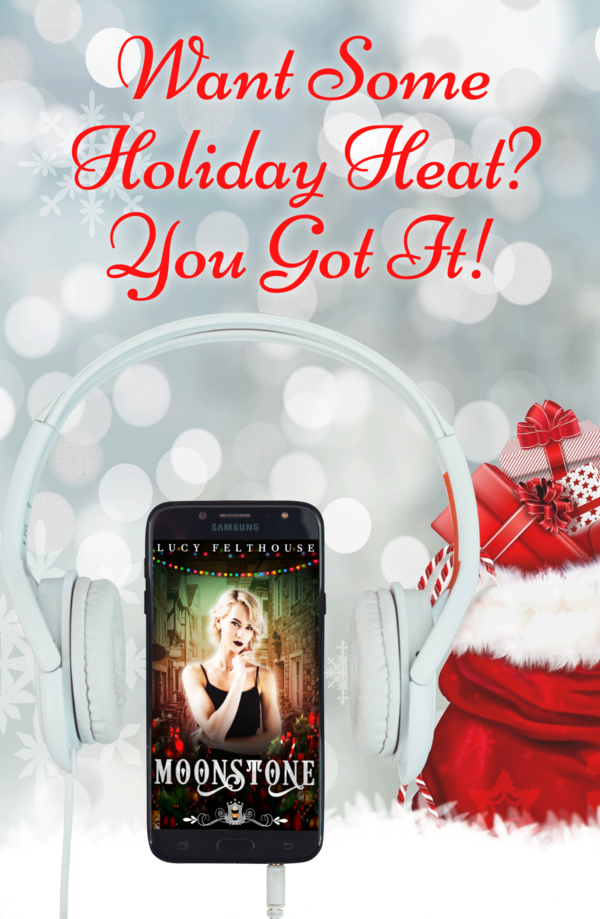 Doubtful that would ever happen, though. It had taken long enough for her to get her backside out to the east coast of America, where her parents had been running a retreat since retiring five years ago. But then, things were different now, weren’t they? Which was why she was even here in the first place—it wouldn’t have been possible otherwise.

Thinking of her parents brought an inevitable smile to her face, and inserted a little more spring in her step. Despite the energy and mood suck that had been the flight, she was excited to be here. She was eager to see her parents, and to find out exactly what they’d built up over the last five years. She’d seen photos and videos, but it wasn’t the same as actually being there.

When they’d first announced they were using their retirement nest egg to open a retreat in Upstate New York, she’d been floored. Who the hell retires, only to take on a massive project like that? Surely the whole point of retiring is to wind down, enjoy some free time, relax? But no, her mum and dad—who, to be fair, had never been what one would call conventional—had set their hearts on it. They’d had a huge purge of their belongings, sold their cars and house, and jetted off across the pond, leaving Ginny shocked and not a little bereft. She’d been used to having them close by and had quickly realized just how much she’d taken that for granted.

At the same time, her career as a chef had taken off and she’d become so busy that her parents’ sudden distance hadn’t made the blindest bit of difference. She barely saw the inside of her own flat, never mind her friends and family. This was the first Christmas she’d had off work since then, too, and she was looking forward to spending it with her parents more than she could put into words. They’d been big on the festive period ever since she was a baby, and as such, Ginny’s brain was stuffed full of warm, fuzzy memories of Christmases past. They’d been useful to get her through the last five crappy ones, too, where a microwaved ready meal was the best she could hope for, if she hadn’t managed to wangle a free meal from the place she’d been working at at the time.

Her smile widened, and she walked faster still—God, just how big is this bloody airport?—desperate to see her mum and dad and start the Christmas holiday with a bang. Anticipation rushed through her. They’d have turkey and roast potatoes, pigs in blankets, mounds of vegetables, desserts laden with enough calories to last them until Valentine’s Day, Christmas carols, amazing decorations, a beautiful tree, fairy lights…

And Santa Claus. Two of them, in fact, jumping up and down enthusiastically and waving wildly at her, with not a rotund belly in sight.

Ginny was so excited, she couldn’t even be bothered with the embarrassment she might have felt at being greeted in a public place by her parents dressed up in Santa outfits. Plus, nobody knew her here anyway, so who cared?

She scurried around the barrier, almost flipping her case in her haste to turn a corner, then covered the remaining distance between them in seconds flat and released the handle of her suitcase. A series of squeals and exclamations went up—from all three of them—and then everything went dark as Ginny was enveloped in a warm, fluffy embrace, her face crushed up against what she suspected was the white fur trim on her mother’s jacket, and kisses rained down on her. It was all she could do to suck in oxygen as she was squeezed and squeezed them right back. She was assailed by the scents of clean clothes, shampoo, perfume, and cologne—all perfectly lovely smells by themselves, but somewhat overwhelming all at once. Unintelligible murmurings reached her ears, but she didn’t bother to reply since she had no idea what was being said. And she didn’t need words, anyway. All she needed at that moment in time was to soak up the enormous outpouring of love she was experiencing.

She was so bloody happy, she thought she might pop. 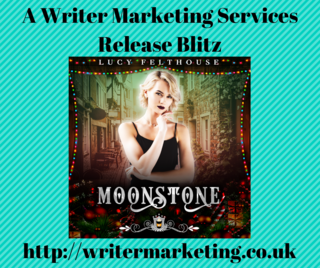 Sounds like a good holiday read. Being stuck at home, seems we'll all have lots of reading time.