Losing her job is the least of her worries ... #Mystery #Giveaway #ReviewTuesday @Brenda_Gayle 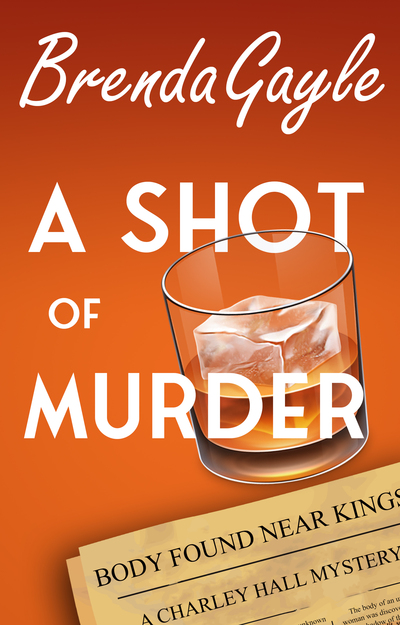 In 1948, Charley Hall resents giving up her job as city reporter for the Kingston Tribune to a returning soldier. But her demotion to the women’s pages is the least of her worries since Gran is organizing a surprise birthday party for Charley’s older brother, Freddie. Trouble is, Freddie hasn’t come back from his latest bender. When Charley goes looking for him, she discovers the dead body of a woman, last seen with her brother. Beside the murdered woman is a torn newspaper article about local politician Dan Cannon, who also happens to be Charley’s best friend. To make matters worse, a police detective from Toronto shows up and begins nosing around. Charley is not about to stand by and let her brother nor her friend take a fall for a murder based on circumstantial evidence. Not by a long shot.

“Don’t scream,” he whispered against her ear. “I’m going to remove my hand now. I want you to be calm.”

Calm? Was he kidding? He’d just kidnapped her. Dragged her into an alley for who knows what nefarious purpose. And he expected her to be calm?

“Okay, now. Just take it easy.” Slowly, he lowered his hand from her face and released his grip on her waist.

Charley turned to face him, fists ready to pummel him, feet ready to kick him where it would really hurt. The scream she’d been about to issue froze in her throat as she found herself staring down the barrel of a .38 Special.

“Mrs. Hall, please. Just calm down.” His voice, no doubt meant to be soothing, was rough, like sandpaper across her ears—almost as if he hadn’t spoken in a long time.

He knows who I am!

Her heart was racing. In all the years she’d worked for the Trib, she’d gotten herself into her fair share of jams with people who’d been angry about something she’d written, but never had she faced anything like this. Never had she been so afraid in her life.

The clouds had cleared, and the just-past-full moon provided considerable light. He wasn’t all that tall—maybe five-ten. But he was broad. Powerful. He was wearing a dark overcoat and a dark felt hat with its brim pulled low to cover the top part of his face. She couldn’t see his eyes, but his nose looked slightly off-centre and his mouth was set in a stern line. She lowered her gaze to the gun. “Who are you? What do you want?”

“First things first. I need your word you’re not going to start screaming your fool head off if I lower my gun.”

Her was brain trying to figure out if she could make it out of the alley before he had time to raise it again, take aim and fire. Her legs felt like lead and she could barely catch her breath. Escape was unlikely. “Fine.”

Really, he was going to make her say it? No point crossing her fingers this time. She knew she was going to keep to her word. “Fine, I won’t scream if you lower your gun.”

All through the war, while brave Canadian boys were off battling Hitler, Charley Hall – née Charlotte Stormont – held down the News Desk at the Kingston Tribune. Aside from being a crack writer, she’s persistent, persuasive, clever and a bit pushy – but then, when you’re digging up a story, you can’t afford to be a shrinking violet. With the troops coming home from the front, though, the females who very capably assumed their jobs are being forced back into their traditional roles. Much to her dismay, Charley’s boss wants to give her news writer position to a man, and have her take over the women’s pages. Her society grandmother, whose family founded the paper, agrees.

Meanwhile, Charley’s brother Freddie, a sensitive young man with a serious weakness for alcohol, has disappeared. While looking for him, Charley stumbles upon a blood-soaked murder scene. Nobody local knows the deceased woman, reportedly named Mary Brown, and no one has any leads on the apparent sharpshooter who precisely pierced her carotid artery, but the bloody footprint left on the porch is too small to belong to a man.

Charley is focused on finding her brother. Solving the murder isn’t her primary intention. However, as she tries to track him down, the trail leads her back to the murdered woman, as well as to a former boyfriend, now an ambitious politician, and his elite parents. Meanwhile a surly, suspicious police detective from Toronto dogs her steps, interfering in her research but occasionally saving her hide. Eventually she puts all the pieces together and rushes off to save Freddie, well aware that she might be too late.

A Shot of Murder is a delightful read. Ms. Gayle brings the unconventional heroine to vivid life, with dialogue that crackles and a strong sense of the comic. Even minor characters like Charley’s curmudgeon boss Sherman and the bumbling domestique Chantal feel real and memorable. The story is firmly situated in both time and place. Though I don’t know Kingston, Ontario, at all, I managed to get a sense of both its neighborhoods and its social strata. A few historic details – the manual typewriter, the telephone in Charley’s room, Grandmother Stormont’s disapproval of Charley’s wearing trousers – along with references to the horrors of World War II – helped cement the historical background. I haven’t read that many recent tales set in this period, but in fact the social conflicts of the time play an important role in delineating Charley’s personality and predicament.

I should also mention that the book design and editing are impeccable. In this day of sloppily assembled ebooks, I really appreciate the care that clearly went into this book’s production.

The mystery plot struck me as a bit implausible, mainly because almost every character ends up being intimately involved. I suppose this might be viewed as a weakness. However, that didn’t diminish my enjoyment. I was reading because I enjoyed hanging out with Charley, not because I really cared “who dunnit”. On the other hand, I would love to see her take on a more realistic and intellectually challenging mystery. She has the potential to be a top-notch literary sleuth.

All in all, A Shot of Murder is great entertainment. I’ll keep my eyes out for the next Charley Hall mystery. 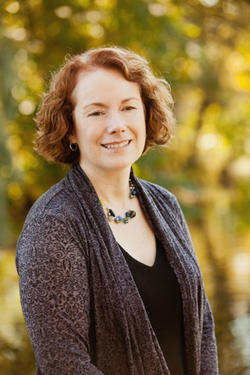 Life is messy and I try to reflect that in my stories while still leaving readers with a feeling of hope. I want them to see themselves and people they know in my characters.

You could say writing is in my genes. My paternal grandmother was a formidable diarist; my father was a journalist and poet; my sister and cousin are both published authors; even my son has shown a talent for putting pen to paper (or fingers to keyboard) to tell awesome stories. So, it came as no surprise to anyone when I returned to my love of fiction after more than 20 years in the world of corporate communications–although some might argue there was plenty of opportunity for fiction-writing there, too.

A fan of many genres, I find it hard to stay within the publishing industry’s prescribed boxes. Whether it’s mystery, romantic suspense or women’s fiction—my greatest joy is creating deeply emotional books with memorable characters and compelling stories.

I love hearing from readers. You can connect with me via my website at BrendaGayle.com (https://brendagayle.com/)

Brenda Gayle will be awarding a $30 Amazon/BN GC to a randomly drawn winner via rafflecopter during the tour.

Thank you for sharing your book with us. I always look forward to finding out about another great read.

I like the cover! It really caught my attention.

Sounds like a unique story, thanks for the review.

Welcome to Beyond Romance, Brenda! I was delighted to have the chance to read your book. I'm about to go put the review up on GR and Amazon - sorry about the delay!

Hi Lisabet, Thank you so much for hosting me and Charley on your blog. I am so pleased you enjoyed the book and I sincerely appreciate your thoughtful review. It is one of the best plot summaries I have read and I am thrilled you got the sense of time and place I was trying to convey. Many thanks.

Hi Jeanna, I love this cover, too. Morgan and BookBright Media did an amazing job. I was so pleased to see a shout-out to the ladies who helped with the editing and design in the review. They are truly exceptional.

Thank you for stopping by James & Elf. <3

Sounds like the book is kind of a noir-ish detective story, only with a woman as the detective? Good for you! The cover is indeed great, and lets the readers know what kind of story is coming.

Thank you for sharing your wonderful review of this book, it sounds like an excellent read.

Happy Friday! My question for Ms. Gayle, do you have any specific reading or writing plans for the weekend?

Hi Bea, I generally try to keep weekends for family time and reading, but there is a scene that's been percolating in my head for the last few days for Book 5 in my Charley Hall series (Murder in Abstract), so I think I'll take some time to get a first draft of that done. On my reading table is Emma Donoghue's Pull of Stars, so I'm anxious to dig into that. BUT we are expecting an unseasonably warm weekend--tee-shirts weather as opposed to the winter coats and boots we had to wear earlier in the week--so all my plans may change while I take advantage of being able to go outdoors. I hope you have a wonderful weekend!

I want to give a HUGE thank you to everyone who took the time to stop by to check out my new book, A Shot of Murder. And many thanks to Lisabet & Beyond Romance, too. Stay safe & all the best. <3