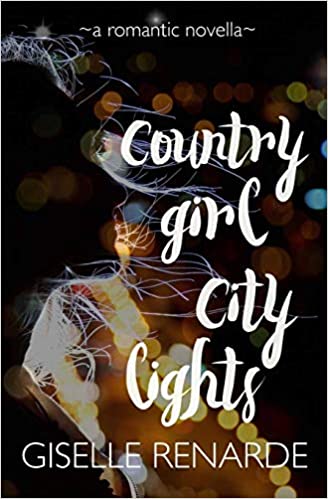 When Matt, supposedly the love of her young life, moves away from their small Canadian town to the big city, Delia follows. She’s convinced he’ll eventually get in touch, that he’ll realize how devoted she is and will finally see that they’re destined to be together. Meanwhile, she gets a job working security at an art gallery. Not only do they pay her peanuts, but the manager bullies her, the gorgeous docent patronizes her, and she’s forced to wear a horrible, baggy, militaristic uniform.

Alone, poverty-stricken and desperately unhappy, Delia has only her unrequited love to sustain her. Then one day she falls asleep in the Roccoco Room of the gallery and finds herself within the landscape of a pastoral scene by Leduc. Furthermore, she’s not alone. In addition to a flock of perfectly delightful sheep, she makes the acquaintance of the handsome shepherd Jacob. Unlike everyone in her real life, Jacob respects her, cares about her, indeed seems to want her. Too bad he’s just a fantasy she’s summoned to escape from her loneliness.

Giselle Renarde has a reputation for kinkiness. She’s responsible for some of the most deliciously filthy erotica I’ve ever read. Her characters always feel genuine; her beautifully written descriptions of sexual acts are always supported by insights into how the participants feel about the process. Country Girl, City Lights proves that she’s equally adept when writing in a romantic mood.

Delia seems very real, her dilemma eminently plausible. Indeed, I have a friend who made the same choice, deluding herself that the man she followed to New York City would eventually wake up and claim her. Though far from stupid, Delia’s like too many women, confusing lust with love and believing that if they only give enough of themselves, the object of their desire will wake up and love them back.

Your heart will ache for Delia, as she blindly pursues her teenage dream. You’ll applaud when she finally comes to understand the true nature of her relationship with Matt. And you’ll close your e-reader, more than satisfied, when she earns a well-deserved though surprising happy ending.

Country Girl, City Lights is a quick read that will leave you with smile, a sweet and sexy romance infused with a hint of magic. I recommend it.