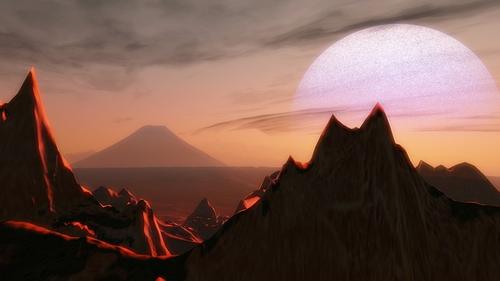 The First Universe of its Kind....

A century before the term "crossover" became a buzzword in popular culture, Edgar Rice Burroughs created the first expansive, fully cohesive literary universe. Coexisting in this vast cosmos was a pantheon of immortal heroes and heroines - Tarzan of the Apes, Jane Clayton, John Carter, Dejah Thoris, Carson Napier, and David Innes being only the best known among them. In Burroughs' 80-plus novels, their epic adventures transported them to the strange and exotic worlds of Barsoom, Amtor, Pellucidar, Caspak, and Va-nah, as well as the lost civilizations of Earth and even realms beyond the farthest star. Now the Edgar Rice Burroughs Universe expands in an all-new series of canonical novels written by today's talented authors! 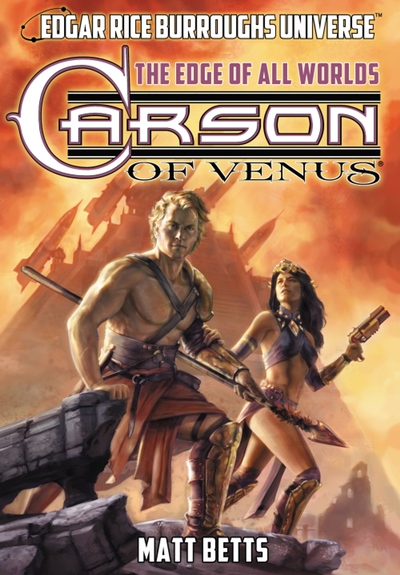 Carson of Venus is back in the first novel of groundbreaking Edgar Rice Burroughs Universe series!

When a mysterious enemy attacks his adopted nation of Korva, Earthman Carson Napier discovers his own arrival on Venus years ago may have unknowingly triggered the strike. The invaders' trail of death and destruction leads Carson and his beloved princess Duare headlong into battle against a seemingly invincible, primordial race. But that is not Carson's only challenge, for an uncanny phenomenon has entangled him with two strange individuals from beyond spacetime. Will Carson be able to solve the mysteries of his past and the enigmatic visitors before the entire planet descends into chaos?

The very principle of physics behind the Gridley Wave has mysteriously failed, cutting off all communication between the hollow world of Pellucidar and the outer crust, and now inventor Jason Gridley must seek help from his brilliant young protégé, Victory Harben. Together they recover timeworn records from deep in the ruins of a dead Mahar city, hoping to use knowledge of Pellucidar's former reptilian overlords to jumpstart the Gridley Wave. But when their experiment goes terribly wrong, Jason and Victory suddenly find themselves drawn into the inscrutable machinations of an ancient evil.

Fire and ash blackened his armored bands, but he advanced without the appearance of concern. The black smoke rippled off him as he stepped from the fiery mess. Each step of his large feet seemed to hasten the floor cracks that still moved in our direction.

“Stop!” I shouted. “This is a grand fight we have going on here, but if you advance any farther, you’ll shatter this floor and hurl us both to our deaths.” He continued forward as if he hadn’t heard me, one heavy step after another. I looked to the broad strip of white rock that encircled the room, hoping it would be sturdier than the glasslike material that composed the floor.

At that moment, the whole building seemed to shake. There came a tremendous cracking sound, and the section of the flooring upon which I stood lurched down several feet with a sickening screech. I flung myself to one side and grabbed a thick section of the clear floor, holding on with one hand as I watched the great chunk of glass upon which I had just been standing twist and turn on the way to the ground far below.

Fingers bleeding, I clutched the sharp edges in order to keep myself from following the broken section down. The sounds of combat around me fell away until I heard nothing but my own breathing, ragged and desperate, fearing the slightest breeze would cause my fragile handhold to break free. 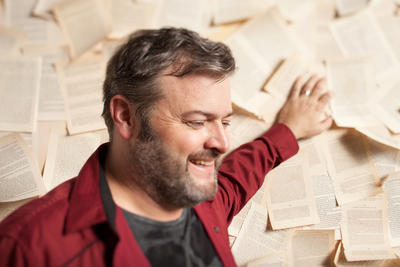 Matt Betts worked for years in radio as an on-air personality, anchor and reporter. His fiction and poetry have appeared in numerous journals and anthologies. His work includes the steampunk novel, Odd Men Out, urban fantasy crime novel Indelible Ink, and his recent cryptid/horror novel White Anvil: Sasquatch Onslaught. His current release Carson of Venus: The Edge of all Worlds continues a series begun by Edgar Rice Burroughs.

Enter to win a physical copy of the paperback of Carson of Venus: The Edge of All Worlds. Available for the continental US.

Thanks so much for helping with my launch day!

Welcome to Beyond Romance, Matt!

I only recently read both Tarzan and The Princess of Mars. Loved them both. I'm so happy to see people are keeping the legacy alive.

Thanks! I read Burroughs some as a kid, but I only recently really got into Princess of Mars and John Carter. The next book in this arc will be a new Tarzan book written by a new author! Should be fun!