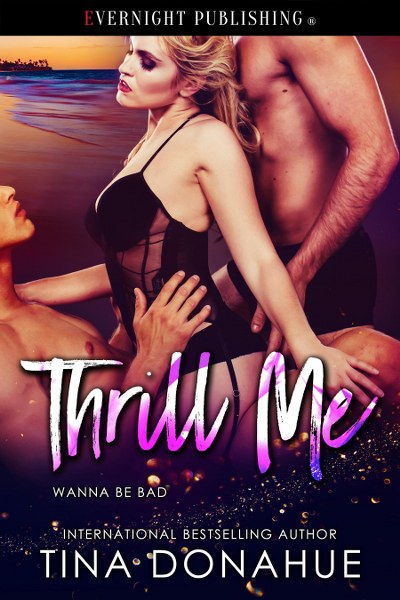 Check out this sizzling new menage romance from the fabulous Tina Donahue! And don't forget to enter her drawing for fabulous prizes!


Longing to be bad…

For too many months, Shelby’s craved bad boys Ben and Dominic, cousins and celebrated chefs at the opulent Caribbean resort where she works. Their heated gazes prove they hunger for her as much as she does for them, but they’ve yet to make a move on her.

Fun-loving Dominic’s fully onboard. He’s had his eye on Shelby from the start. Ben has too, but he’s reluctant to mix business with pleasure. Since a previous work relationship screwed him big time, he doesn’t want to repeat the experience and won’t … as long as he keeps this strictly about sex, no strings or expectations. 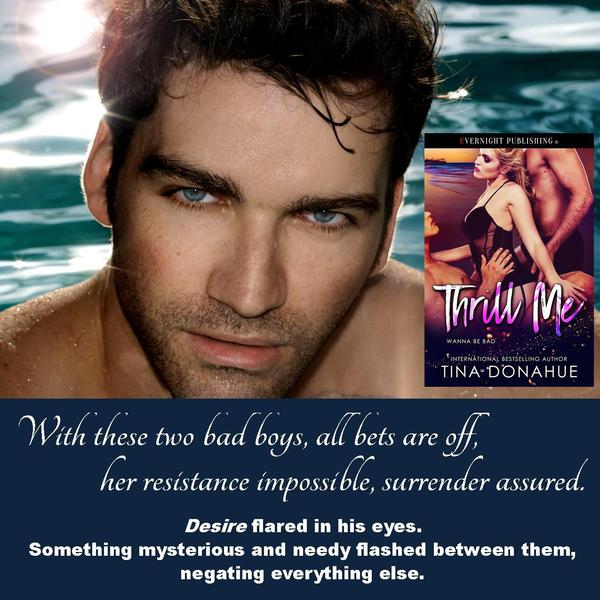 Her heart turned over, her legs giving out. She collapsed against him.

His solid bulk took the hit without a hitch. He tightened his grip and rubbed his cock against her hands.

His erect column was hot and hard against her palms but silken too, its softness stealing her breath. Her head drooped to the side.

He kissed her neck, then sucked it.

Liquid heat cascaded down her torso and settled in her pussy where it multiplied, making her unsteady, her cunt longing for their dicks, her skin ultra-perceptive to each touch.

Ben worked three fingers into her sheath, burying them fully.

His rapid breaths skimmed and heated her naked flesh. He tongued her folds and licked her nub. Delight shot through her then rippled down her spine to join those feelings already within her pussy, tightening the snug channel around his fingers.

He spread them, preparing her for his and Dominic’s rods, then latched onto her clit and sucked it.

Her breath spilled out. She shuddered, tensed, and pushed to her toes.

He matched her every move, not missing a beat. Holding her nub carefully between his teeth, he sucked and lapped the hard kernel, tonguing it fast, slow, and whatever lay in between.

Gah. It was too much. Her ears buzzed, and her cunt was about to go nuts. If it didn’t, she would.

Unfazed, he slid his fingers in and out of her pussy, mimicking a hard fuck. Dominic held her wrists in one hand and eased his pinkie into her anus. Quivers careened from there to her cunt then back, her poor body not knowing which pleasure to concentrate on. There was too fucking much.

He bumped his knees against her. “You’re forgetting my dick.”

He had to be kidding. She could scarcely withstand his and Ben’s carnal assault. However, she couldn’t short them in this. Forcing herself to focus, she stroked his length and the bumpy skin at his crown’s base.

His panting said he liked what she did. He captured her mouth and pushed his tongue inside. Muzzled, she couldn’t release an adequate sound or take in a decent breath. Starved for air and release, she floated, encouraging them to take the lead.

Ben toyed with her clit and sheath, Dominic her mouth and tightest opening, coordinating their foreplay like the friends and cousins they were.

Each lick and suckle stoked her arousal. Tension burned her shoulders and neck. Her legs and arms were oddly useless, no longer connected to her brain. She couldn’t have used them if she’d tried.

Exquisite anticipation built deep within her, intensifying her frustration, the fabled itch she couldn’t quite scratch. Round and round her excitement swirled, coiling and escalating, taunting and teasing, rushing close only to pull back, edging near then—

She bucked and inhaled sharply, everything inside her yielding and welcoming relief. Bliss steamrolled over her. Pronounced beats throbbed through her cunt, urging Ben’s fingers deeper.

His lips pulled to either side on her pussy, his grin wide. Dominic’s did the same on her mouth. Both guys happy, possibly smug.

For what they’d given her, she wasn’t about to bitch if they got cocky. They fucking earned it.

Listless, she sprawled against Dominic, her sole on Ben’s thigh. He kissed her knee.

Dominic released her wrists and pulled his mouth from hers. “Need a few winks before we smear the gunk on you?”

Ben rested his chin on her smooth mound. “If you snore, we promise not to notice.”

Romance didn’t get better than this. She smacked the side of his head and elbowed Dominic. They both howled as if she’d kneed their balls.

Men. Such babies at times. “Guys need a nap after coming. Women don’t.”

“Uh-oh.” Ben rolled his forehead over her stomach. “Is this the part where you tell us no male could survive childbirth or cramps?”

They must have heard the lecture before. “Nope. Men do have some good points.”

“Yeah?” Dominic nuzzled her neck and slipped his arm around her waist. “Such as?”

She squeezed his dick. “What do you think? Let me go.”

He released her instantly, but didn’t look happy. “The party’s over?” 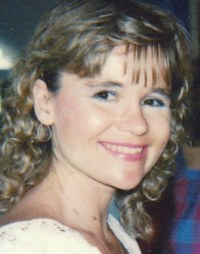 $55 in GCs and ebooks from bestselling authors to one winner

Your book sounds amazing and thank you for the chance :)

Thanks, Lisabet! It was a lot of fun to write. Thanks for hosting me. :)

Welcome, Jamilla! I enjoyed writing Thrill Me and Indulge Me, book 1 in the series. :)

Thanks, Karinski! I had fun writing it. :)

Welcome, Marie! Glad you enjoyed it. :)