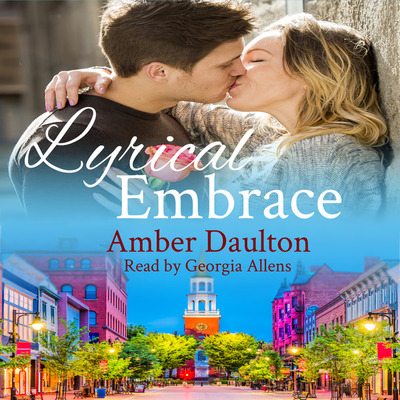 Out-of-work violinist Erica Timberly decides enough is enough. She leaves her abusive boyfriend and flees the big city, but then her car breaks down in the middle of the night. Though wary of men, she accepts help from Dylan Haynes, a stranger driving by on the road, and soon recognizes him as the sexy former drummer of her favorite indie rock band. Maybe, just maybe, her run of bad luck is finally turning around.

Music teacher Dylan Haynes knows Erica is in trouble, and her black eye is only the first clue. The stubborn yet vulnerable woman needs a friend, but he’s determined to give her everything she deserves.

Will Erica listen to the music in her heart and trust Dylan, or will her past always threaten her future? 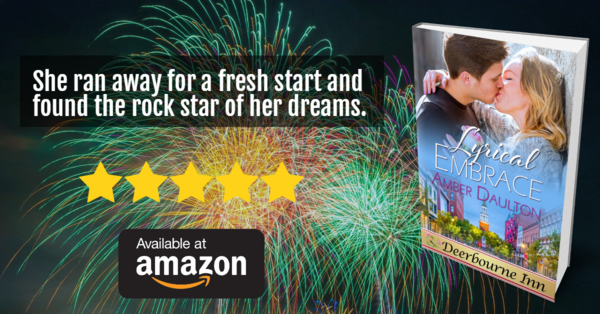 Dylan grasped Erica’s hand, and they walked across the clearing to the creek.

Water sloshed gently along the bank, and mosquitoes flew above the rippling waves.

“Have you ever gone swimming here?” Erica smiled as she looked out over the water.

“Yup, lots of times when I was younger.” Dylan stroked a lock of her silky blonde hair between his fingers. “You want to swim?”

“I don’t have a bathing suit.”

“You don’t need one. We’re all alone.” Excitement quickened his pulse as he stepped back and jerked off his dress shirt. He toed off his shoes, leaned down to pull off his socks, and dropped his slacks. Commando underneath, he kicked away the pants and stood buck-ass naked. Springy grass cushioned his feet, and he dug his toes into the soft dirt. His cock was hard and thick; the damn organ strained upright, apparently reaching for Erica.

Her breath seemed to hitch in her throat as she trailed her gaze down his body.

His brazenness probably shocked her, but aroused her as well.

“You going in fully clothed?” Challenge rang in his tone. Dylan wanted to kick his own ass for jumping a few steps too far and too fast into their budding relationship, but he wouldn’t back down now unless she told him to.

Erica licked her lips and yanked off her blouse, likely before she lost her nerve. She undressed just as quickly as Dylan did, but left on her lacy bra and panties. Then she clamped her arms around her chest and stomach as though suddenly self-conscious.

“Don’t do that.” Dylan gently gripped her arms and pulled them down to her sides.

Erica’s chest heaved as she breathed, and the creamy mounds of her breasts nearly swelled over the cups of her bra. Her hips flared wide, and her stomach dimpled with soft curves.

Dylan coughed to find his voice. Her long legs would likely walk a mile over his heart, but he hardly cared. “Don’t hide from me. You’re beautiful, Erica. Never forget that.”

Her eyelids lowered as she shuttered her gaze. “You don’t think I’m a little heavy?”

He cupped his hands on her hips and kneaded the smooth flesh. “Heavy? Hell no. You’re curvy, baby, and that’s a good thing. When I touch a woman, I don’t like feeling her ribcage or her pelvic bones through flat hips. Some girls starve themselves to look like anorexic fashion models, but I don’t find that look attractive.”

Erica blinked and stared back up at him.

“You’re beautiful, Erica. When I touch you, I feel strength. I’m not afraid I’ll hurt you. You’re healthy, too, and that’s the most important thing.”

“You are so different from what I’m used to.”

Want to hear a sample?

Interested in the ebook instead? You can grab a copy here: 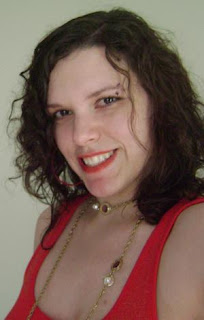 Amber Daulton is the author of the romantic-suspense series Arresting Onyx and several standalone novellas. Her books are published through The Wild Rose Press and Books to Go Now, and are available in ebook, print on demand, audio, and foreign language formats.

Amber lives in North Carolina with her husband and four demanding cats. Feel free to visit her at http://www.amberdaultonauthor.blogspot.com.

Congratulations on the new release, Amber!

Thanks, Lisabet! I'm happy to have visited your blog!