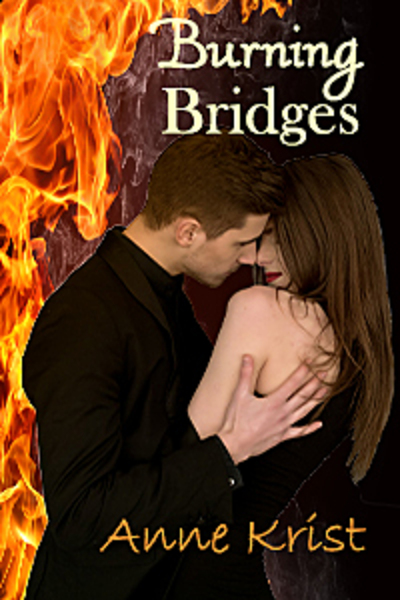 Consider the role of strangers in our lives. An unknown postman in Virginia hides a bag of mail one day. His simple action set in motion untold consequences for many others—strangers—all over the country. How many bridges were burned in that forgotten mail pouch?

Sara Richards’s world is rocked when three love letters from 1970 are delivered decades late. The letters were written by Paul Steinert, a young sailor who took her innocence with whispered words of love and promises of forever before leaving for Vietnam. Sara is left behind, broken hearted and secretly pregnant, yearning for letters she never received.

Now, years later, she discovers the betrayal wasn’t Paul’s, when her mother confesses to a sin that changed their lives forever. How can Sara reveal to Paul’s parents that they have a granddaughter they’ve missed the chance to know? Even worse, how will she find the words to tell her daughter that she’s lived her life in the shadow of a lie?

Picking her way through the minefields of secrets, distrust, and betrayal, Sara finds that putting her life together again while crossing burning bridges will be the hardest thing she’s ever done. 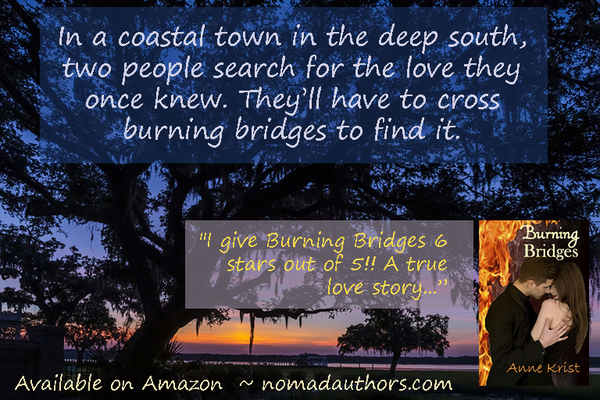 Sara stared at the letters arranged before her in numerical order. The moment in time she and Paul shared was long ago, yet her dream had conjured his presence as though she’d just seen him. In her mind, his blue eyes darkened with passion before his lips captured hers, and he moaned his appreciation when their tongues met. She tasted his sweetness and knew the steel of his arms as he held her. How many nights had she put herself through hell reliving those memories? Too damn many.

After the concert, they’d met clandestinely on weekends, mostly at Sandbridge, where they could walk and talk undisturbed. With each meeting, stirrings built deep in Sara that pushed her to want more, but Paul insisted they restrain themselves because of her age.

Then the weekend before he shipped out, she'd planned a surprise and her life changed forever.

The kettle screeched, bringing her back to the present. Sara prepared a cup of tea and then picked up the envelope marked twenty-eight. At one time, she would have given her right arm to hold this letter. Now, curiosity and the desire for a brief escape drove her more than the passion of youth. Blind love had faded when she’d had no word to bolster her during the long weeks after the ship left.

First had come the waiting. No letters arrived, even though she wrote him daily. There were no phone calls, no notes, no anything, for days that dragged into weeks then crept into months.

Anticipation morphed into anxiety. She worried he was sick or hurt and unable to write.

One day she admitted that Paul must be afraid to write for some reason, and she feared what he would say if she did receive a letter. That their time together had been a mistake, that she was too young to be in love. That he really loved someone else and Sara had been only a stand-in while he was in Virginia. Perversely, she began to sigh with relief when she arrived home and found no word.

Now, knowing why she hadn’t received mail, what would she feel if she opened this letter and her old fears proved to be true?

“Nothing,” she murmured. “Paul’s dead. He can’t hurt me anymore.” At the very least, his letters might allow her to put his ghost to rest. For that reason alone, she had to read them.

She slid her thumb under the flap and ripped the envelope open. A single sheet held his hurried scrawl.

A few years ago, Dee S. Knight began writing, making getting up in the morning fun. During the day, her characters killed people, fell in love, became drunk with power, or sober with responsibility. And they had sex, lots of sex.

After a while, Dee split her personality into thirds. She writes as Anne Krist for sweeter romances, and Jenna Stewart for ménage and shifter stories. All three of her personas are found on the Nomad Authors website. Also, once a month, look for Dee’s Charity Sunday blog posts, where your comment can support a selected charity. Contact Anne at annekrist@nomadauthors.com.

"I loved it! And now my daughter's reading it." Sherry, a reader

"I just finished reading BURNING BRIDGES. Thank you for writing such a powerful story about how real love can overcome all obstacles. I appreciate the fact that Sara and Paul were imperfect and made mistakes. They needed each other to polish off their rough edges and make them complete. How nice that characters of middle age were written as attractive and sexual human beings." A reader, Virginia

"I give Burning Bridges 6 stars out of 5!! A true love story...I'm ready for more." - A reader, Byron, TaylorMade Bod

"I loved it, just loved it! I was going to take it with me on vacation but I started reading and didn't want to stop. It was addictive." - Chiara, a reader

"Loved it. Just loved it." - Beverly, a Beaufort reader

"…an emotionally captivating tale from beginning to end. … a beautiful story about a young love ripped apart that burns bright through two decades of separation."

"I absolutely adored this story ... packed with real emotion ... There was a powerful "WOW" factor..."

"Rarely does a story come along which touches one in countless ways from every affecting scene, yet this writer does so with her first release. The name of Anne Krist will become recognized as an author who conveys genuine and heightened feelings between her memorable characters.

With surprising twists and believable interplay between characters, BURNING BRIDGES is an unforgettable love story filled with passionate desires and potent emotions."

"Burning Bridges is a yummy romance. Anne Krist has a talent for conveying great emotion. Keep a box of tissues close at hand when you read Burning Bridges. I was wiping tears throughout the book. The plot quickly captured my interest, and I felt I was part of the drama. The tension between Paul and Sara (both are stubborn and hardheaded) left me tingling. The love they shared was obvious. I did not want this story to end. Fans of romance should place Burning Bridges at the top of this summer's reading list."

"...a strong and poignant love story... Displaying unwavering talent when dealing with delicate situations, Anne Krist's BURNING BRIDGES stayed with me long after I finished."

"Ms. Krist has a heart-warming, emotional story on her hands. ... This is one I highly recommend!" 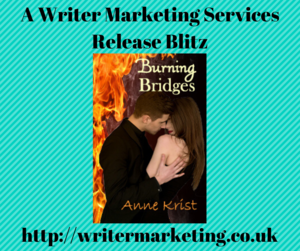 Release blitz organized by Writer Marketing Services.
Posted by Lisabet Sarai at 3:00 AM

Lisabet, thank you so much for hosting me!

Fate played a cruel hand and betrayal closed the door on a young love shared by Sara and Paul. Through the years that love endured and fate once again stepped in. A lovely heart warming story that made me wonder how many times this really did happen.

This looks like such a beautiful love story! Well done Dee!

Alice, thank you! It truly is the book of my heart and I hope folks enjoy it!