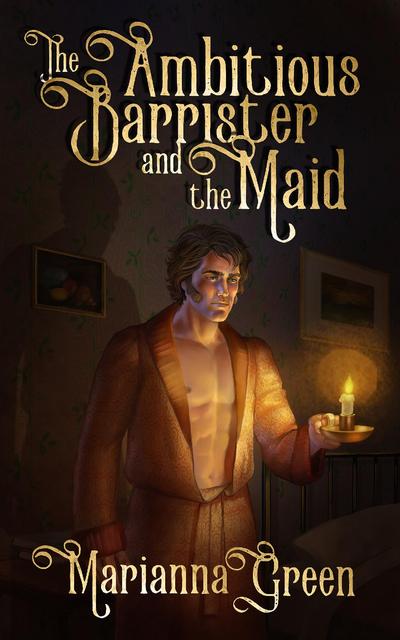 Sarah-Ann Jennings is quite happy to satisfy her master’s lust. Forced into domestic service by a penny pinching aunt, she is determined to make enough money to secure her own future and that of her eccentric younger brother. She rather enjoys him, besides.

There is, of course, no question of any emotional entanglement between them. Mr. Alfred Grand is a cold-hearted fortune hunter in search of a wealthy wife, after all.

For all that, when Sarah-Ann comes to suspect that somebody may be trying to poison him for reasons of their own, she is ready to put all her energy and determination into finding out who it is. This steamy romance set in the mid-Victorian UK is definitely for over eighteens.


The Ambitious Barrister and the Maid is a short, snappy story with engaging characters and a satisfying happy ending - though the author keeps you in suspense about the latter until the very last page! Sarah-Ann is a clever and decidedly modern young lady who recognizes that her "virtue" has far less value than the advantages she gains from becoming her employer's mistress. Alfred Grand, the barrister of the title, is a typical male, a bit blind to the machinations of the women around him, but a gentleman through and through. I particularly liked his generous approach to sex; he is not the sort to shortchange his partner's pleasure.

Indeed it's clear early on that Sarah-Ann and Alfred suit one another well, but of course in the Victorian era, respectable men from high born families couldn't marry their maids, no matter how delectable those young ladies might be. At least, this is the theory. In any case, Sarah-Ann is not particularly eager to give up her independence and become someone's wife.

I'm not sure how accurate the historical aspects of this tale might be, but that's not really the point. The novella celebrates female intelligence, determination and desire. Sarah-Ann may be pretty, but that's not why she's so special.

“Any bed that has you in it, my girl, must be a more desirable one than without.” So saying, he sat down and drew me towards him, lips parted. His mouth moulded mine. I liked that kiss, though a detached part of my mind could still note how he had been at the tooth powder again. He was a vain man, I knew, and besides, he made a habit of drawing in unwary witnesses with his flashing smile.

After more kisses, and much fondling and stroking through my nightdress, his hand slipped under it to fondle one breast, the fingers teasing the nipple.

After yet more kisses, each one deeper and more passionate, he broke off fondling me to draw my nightdress down to my hips, gazing delighted on my body and marvelling at my breasts. Being so newly grown, they were round, and stood up as proudly as was a certain part of him that I was soon to discover.

“Such pretty ones: you have the body of one of those statues of Venus, come to life and warm.”
“I am quite shy of seeing yours, Sir, this being my first time.”

He smiled. “Then we’ll introduce you to it slowly.” He slipped the dressing gown off his shoulders.

I had guessed him to be well made, and so he was, with the muscular lean build and the chest raised above a hollow waist and hard belly of an athlete. Seeing him undressed, I was pleased to note his proportions were as fine as I had guessed.

He drew me to him to kiss again. I ran a shy hand down over that chest, and over his belly. There I paused. Hussy though I might be, I was yet too shy to explore further.
His breath rasped as he said, “Should you be shy of greeting Alf?” He drew his hand down. Mr. Grand’s first name was Alfred.

“I am always happy to oblige you,” I said, and let him slowly move my fingers under his dressing gown. Of course, unlike the shameless Molly with her wicked young man, I had never had to do with a man’s organ before. Many girls were terrified of them, but I found Alf interesting. He was standing to attention, of course, and a perfect size. That flesh felt strange to my fingers. 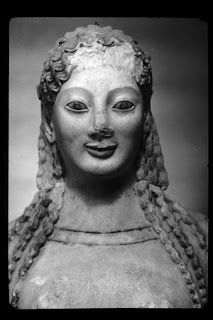 Marianna Green is lives in the UK, has a geekish fascination with English Literature and History, and an irrepressible sense of humour.

Goodreads link:
https://www.goodreads.com/author/show/8058693.Marianna_Green
The book is currently only $0.99.

Marianna Green will be awarding a $20 Amazon or Barnes and Noble GC to a randomly drawn winner via rafflecopter during the tour.

Welcome to Beyond Romance, Marianna!

Hello, Marianna Green here. Sorry I have to post as 'anonymous'.There seems to be a glitch with my wordpress account. I am so glad you enjoyed the book and thank you joining the review tour and for your appreciative review. When I was doing historical research for this, I came across the fascinating story of a Victorian maidservant who so valued her independence that although a rich man's mistress, she remained a servant, resisting marriage, for many years. A far cry from the traditional view of Victorian women. [[https://www.goodreads.com/book/show/955032.The_Diaries_of_Hannah_Cullwick_Victorian_Maidservant]]

Great review, thanks for sharing.

Please keep sharing more such article. I've really like your blog and inspire me in many ways. https://speedypaper.com/discounts for you.

Congratulations on this nice review. That and the excerpt have made me want to read this. I am looking forward to it.