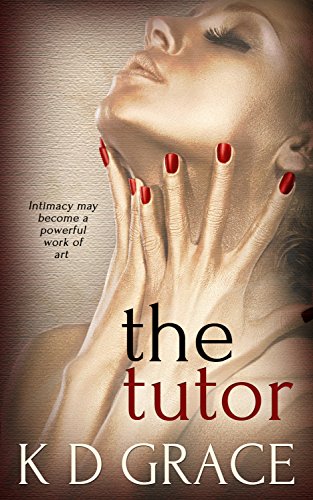 How can you make love to someone you can’t touch?

Renowned but reclusive sculptor Lex Valentine suffers from haphephobia, the result of a terrible childhood trauma. He cannot touch, or be touched by, another human being without suffering acute physical distress, to the point of vomiting or blacking out. His personal assistant Dillon and the rest of his attentive staff try to protect him from risky situations, and Lex has adapted to his ailment by pouring all his frustration, loneliness and passion into his art. Still a virgin in his thirties, he has almost given up on the possibility of love or sex.

Kelly Blake earns her living as a romance author, while moonlighting as a sex tutor. She’s not a sex therapist; generally she maintains a hands-off approach with her clients, offering acceptance, honest analysis, expert advice and encouragement, to help them achieve greater satisfaction from their sex lives. Her work as a writer has helped her develop a deep understanding of relationships and sexual dynamics which she applies in her shadow career.

I loved the original concept of The Tutor and I found the sex-without-touching scenes highly arousing. I could readily believe someone with Lex’s phobia might satisfy his sexual needs this way. In this novel, K D Grace masterfully demonstrates my personal tagline: “Imagination is the ultimate aphrodisiac”.

The plot, however, struck me as somewhat contrived. In particular, events depend on unexpected connections and relationships between the characters. For example, Dillon is the cousin of the Andy, the college kid who works mowing Kelly’s lawn. Andy’s girlfriend Jenny turns out to be related to a colleague of the nefarious reporter. Kelly’s best friend just happens to be the ex-wife of the PR guy handling Lex’s exhibitions. And so on.