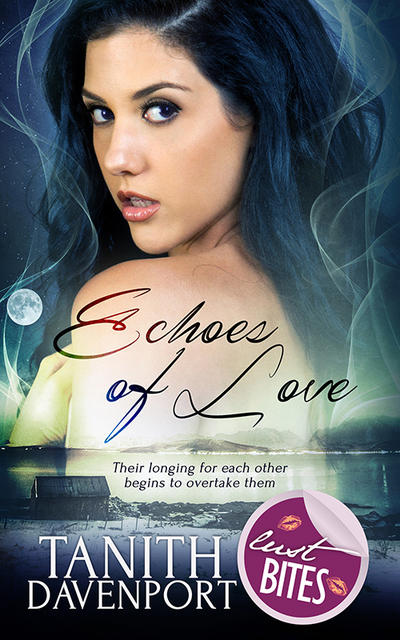 Everyone has their own opinion on it, and it comes up in every interview - are we plotters or pantsers? It's a question I've always struggled with, because my own writing technique often seems to fall between the lines. So I gave it some thought while I was working on Echoes of Love.

With my first book I had absolutely no idea about planning, so I did what seemed to come naturally. As I was working with two POVs, I needed to keep track of who was doing what at any given moment, so I worked with timelines to make sure everything stayed straight. The actual plot was planned out using general plot points but without detailing what strung them together, and these were revised as I went. So with that book I suppose I was more of a plotter.

With another, I had already sold the book to my editor based on a detailed synopsis, so that one was more closely planned and only altered slightly. It did, however, feel a little constricting for my usual tastes. I've worked this way a few times since and, to be honest, I prefer to write the synopsis at the end rather than the beginning, since there have been many times when the story has developed in a way that messed up what I had planned. So there's definitely a degree of pants-ing to my writing.

And I always need to be able to call a halt and say "You know what, this isn't working." The most difficult story I ever wrote was one where I had a deadline at the end of the month and the whole thing seemed to be collapsing around me. It worked out in the end, but for this reason I hate working to deadlines. There's always the possibility that something won't be working, that characters won't behave, and I don't want to risk letting people down because the story won't flow.

For Echoes of Love I only half-planned the story. I planned out the encounters with the vardoger, since that was the main hook of the story. However, it wasn't until later that I decided to introduce elements such as the ouija board and the illness of one of the characters. Those elements changed how the story flowed and also meant a slight reworking of the ending, so I went back a few times, altered the timeline and reshuffled a few points to include these sections. Plotter? In this instance, I would say not.

So I guess I'm no further along as to whether I'm a plotter or a pantser. The simple answer seems to be that I'm a bit of both. On longer novels I like to plot, but I always need the freedom to be able to switch things around, change characters, move timelines and throw in twists. I'll never be the kind of person who can work straight from a synopsis and have all the points in place before I start.

I'm giving away one copy of Echoes of Love to one lucky person who leaves a comment. Let me know what you think! (And don't forget to include your email address so I can fine you!)

Paranormal writer Kala Westenra, staying with her best friend Vika in Norway, is hunting for a new subject for an article, and finds it when she hears footsteps in the hall twenty minutes before Vika's hot brother Tor Viitanen arrives home. This, Vika tells her, is the vardoger - a Norwegian ghost, a future echo which always precedes a person's arrival.

Kala plans to stake out the hallway to catch the vardoger in the act - and is shocked when, on its arrival, it kisses her. Her feelings for Tor have been hidden ever since she first met him two years ago; could it be that the vardoger is acting on Tor's secret desire for her?

As Kala and Tor work together to understand what is happening with the spirit, their longing for each other begins to overtake them - but the vardoger has more to show them than they expected...

Tor reached over the arm of the sofa, pulled up a cushion and threw it at her. Vika threw it back, knocking over her wineglass at the same time.

“Here, let me get you a refill.” Kala reached for the bottle, but it was empty. Vika stood and made for the door, picking up her jacket from the hook on the back on her way past.

“I’ll run out and get another one. Don’t do anything I wouldn’t do.”

Kala launched the cushion after her, hitting the door instead.
“I can see why you and my sister get on so well.” Tor raised an eyebrow. “You’re both drunks.”

“Oh, shut up. I’m still technically a student. I can drink if I like.”

“Soon to be a writer and they drink a lot, too, I’ve heard.”

Kala laughed. “I don’t know about journalists, though. Although I’d quite like to be a writer, too—novels or something. I don’t know what kind yet.”

“I’ll keep my eyes open for your hot new release.”

Kala held his gaze, her insides stirring strangely. Maybe it was the alcohol, but there was something in the words hot release that made a rush of heat flow through her body, her skin tingling.

After a long moment, Tor spoke again. “So, Vika thinks you need a man.”

“Oh, yeah?” Something flickered across Tor’s face, his eyes glowing. He shifted onto his knees, leaning over the arm of the sofa, his face close to hers. “What sort of man do you want?”

“Oh, you know. We hotshot journalists don’t like to be tied down.” Kala gave him a taunting look, leaning closer to him so that their faces were almost touching. “Tall, dark, commitment-phobic. That’ll do me.”

A sudden rush of movement and Tor’s mouth was on hers.

This is a bad idea. He’s Vika’s brother.

But somehow she no longer cared and Tor was right here and he was moving, moving over the arm of the sofa as they were still kissing, then his body was pressing down onto hers and they were still—

To hell with it, she thought and arched up against him, tangling her fingers in his hair.
She felt his hard cock through his jeans as it brushed against her leg, sending a dart of wet heat straight to her cunt. His hands ran down, caressing her neck, her shoulders, cupping her breasts and rolling his thumbs over her nipples through her bra.

Then the sound of the lock clicking.

Immediately, Tor rolled off her and onto the floor, twisting round to position himself back at the side of the sofa. Kala sat up and ran a hand through her hair.
Shit, that was close.

“Here's the wine,” Vika announced as she came through the door, shopping bag in hand. “I got back as fast as I could.” 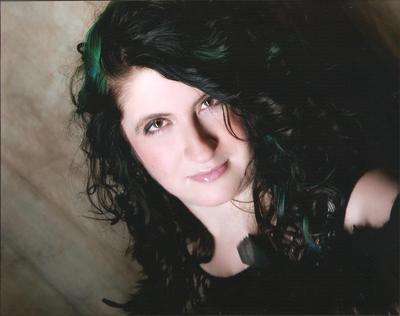 Tanith Davenport began writing erotica at the age of 27 by way of the Romantic Novelists' Association New Writers' Scheme. Her debut novel "The Hand He Dealt" was released by Total-e-Bound in June 2011 and was shortlisted for the Joan Hessayon Award for 2012.

Tanith has had short stories published by Naughty Nights Press and House of Erotica.

She loves to travel and dreams of one day taking a driving tour of the United States, preferably in a classic 1950s pink Cadillac Eldorado.

Tanith's idea of heaven is an Indian head massage with a Mojito at her side.

Hi, Tanith! Thanks for being my guest.

This sounds like an interesting story. I've never heard of a "vardoger". How did you find out about this legend?

I enjoyed reading about how you go about writing your storyline for your books. I admire all authors and always wondered how they came up with the plot to the story. I look forward to reading this story. Thank you so much for sharing. Catherine cthrn.lmnsk@gmail.com

Thanks for having me on here! I'm an avid reader of the Foreman Times who did a piece about vardogers. What amused me was that they weren't seen as scary, more that they were helpful with household scheduling - unusual for a ghost.

Fortean Times - autocorrect got me!

I just spent the day writing a couple of chapters in my latest book, and am exhausted from writing the detailed sex scene. But now, reading your excerpt, it's like I have new energy! ;-D

Thanks for sharing.
Fiona
fiona.mcgier@gmail.com

Thank you, I'm so glad you liked it!

And the winner is Fiona McGier! I'll send your copy over shortly.