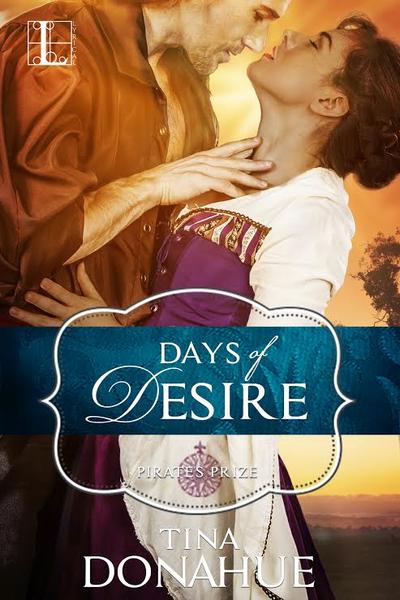 Shipwrecked! When Royce Hastings is found washed up on the shore of a verdant tropical island, he tells the natives he is a merchant headed for Mozambique. The truth, however, is far more mercenary. Noble by birth, the once favored Royce has lost his fortune and family; now he is a hired henchman on the trail of an elusive pirate. His “shipwreck” was a fake. He’ll stop at nothing to infiltrate the island and capture his prey. His mother and sisters’ lives depend on it.

The last thing Royce expects is to be captured himself. But the lovely young woman who tends to his wounds in the tropics quickly takes hold of his heart. Simone is the island’s healer, and her skilled ministrations not only awaken his soul but disturb his conscience. His path has been predetermined; his identity must remain concealed at all costs. Yet the passion he feels in Simone’s sultry, loving arms cannot be denied. With his loyalties torn, Royce must make an agonizing, unthinkable choice. . . . 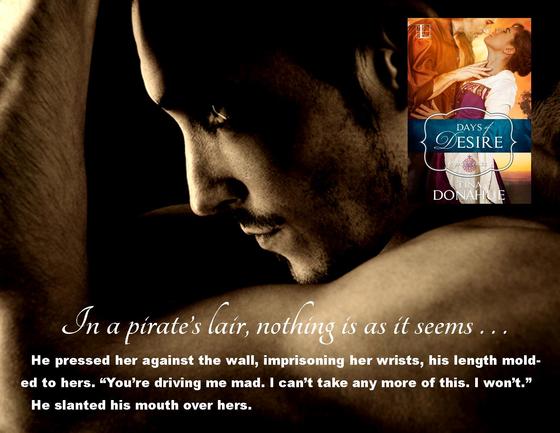 “The story is brimming with risqué retorts and searing sex scenes.”
—Publishers Weekly on Passionate Pursuit

Quietly, Simone slipped inside the room. Philippe wasn’t outside, nor was Adamo. Either Tristan had said a watch wasn’t necessary any longer or the current guard had fallen asleep on the forest floor.

She padded to him, pulse racing. His bed-mussed hair showed her how he’d look once he enjoyed her. She fought her urge to smooth back the strands. “Bonjour.”

He made a noise that sounded aroused.

Her heart beat faster. “Finish your bacon, please. While you eat, I should change the sheet.”

He chewed quickly, swallowed, and lifted his face, his lips nearly grazing her breast.

She couldn’t imagine anything more pleasant than his mouth on her. “You can sit in the chair while I tend the bed. Let me help you to it.” She slipped her arm around his middle.

She stroked his bandaged thigh. “Does it hurt?”

“Bloody right it does.”

He pressed her against the wall, imprisoning her wrists, his length molded to hers. “You’re driving me mad. I can’t take any more of this. I won’t.”

He slanted his mouth over hers.

She surrendered willingly, joyously, accepting his tongue, melting into him.

His savage growl told her all she needed to know. He desired her.

His touch branded her soul, claiming it, marking her forever. She twisted free from his hold and wreathed her arms around his shoulders, her fingers buried in his silken hair to keep him near.

Their greedy and wild kiss turned tender and slow.

She ground her hips into his, needing to be closer.

He held her so tightly nothing could come between them. Boldly, he cupped her breast.

Pleasure sped from every direction, filling her.

Forever wouldn’t have been long enough to enjoy him. He tasted salty from the bacon and glorious from a flavor that was his alone. His bristly cheeks rasped hers, the mild sting encouraging her to yield further. She longed to wake up each morning to him and this.

They only had now.

Whatever the future brought, Simone refused to dwell on loss. She’d willingly belong to him for a moment rather than have no time at all. In two or three months, she’d say good-bye. Not today.

A fist pounded on the door.

Royce tore his mouth free and limped to the footboard, too far away from her. 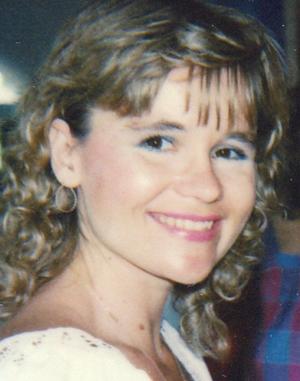 I didn't expect to run into characters I already knew!

Thanks, Lisabet! Thanks for hosting me today. :)