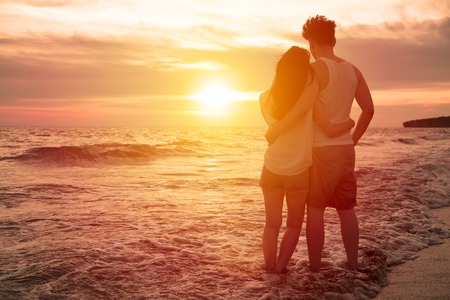 I never will forget those nights;
I wonder if it was a dream.
Remember how you made me crazy -
Remember how I made you scream.
~ Don Henley, “The Boys of Summer”

All of a sudden this afternoon, this song began playing in my mind. I hadn't listened to it in a while, but I discovered that my reaction hadn't changed. “The Boys of Summer” still brings tears to my eyes and sends chills up my spine.

If you're not familiar with the song, go here:

This isn't a particularly good video, but the lyrics will paint their own pictures for you. Or at least, they do for me.

In fact “The Boys of Summer” isn't really a summer song at all:

But it celebrates the glories of summer, bare limbs, bronzed bodies, and heat that rivals the sun. The song pulls you back to the season when the beach was crowded and girls drove around in convertibles, when rock and roll and scent of sun tan oil filled the air. In the brilliant light of summer lust, forever seems possible, even likely.

The song tells a story, too, one that I might try to express in my own medium some day, if I get the chance. Just three verses, and yet I know the characters: the fickle, flirtatious girl “smiling at everyone”, the brash, naïve young man, hurt yet boasting “I'm gonna show you what I'm made of”. And then the third verse, surely the voice of greater wisdom and maturity, “those days are gone forever; I should just let them go.”

But he can't, and neither can I. The memories tempt me back, to relive the thrill and the pain of first love or first lust – if there's a difference.

While looking for a recording to include in this post, I noticed that “The Boys of Summer” was released in 1984 – more than three decades ago. And even then, I was wistfully recalling earlier summers. It's sobering to realize how long ago it was that I first experienced “those nights” of which this song reminds me. I guess I never will forget them. And honestly, I don't want to.

Posted by Lisabet Sarai at 8:48 AM