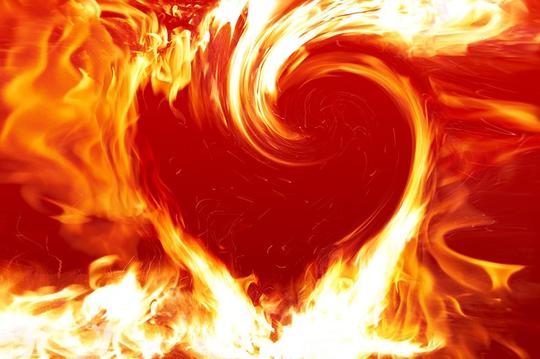 I’ve been writing romance for—jeez, can it really be true?— eleven years. During that time, I’ve learned a bit about what readers want. Often, escape is at the top of the list—a quick trip to a fantasy world where the guys are all hunks who know exactly how to show a gal she’s adored. We want to be pampered and cherished. We want moonlight and luxury, exotic locations, flowers, champagne, and of course lots of physical affection. We want everything to be perfect, the way it so rarely is in our daily lives.

I’ve been thinking, though, that love shows its real colors only there’s some crisis or tragedy. Love means taking care of your partner when he’s ill, rescuing him when he’s in trouble, forgiving him when he has done something less than admirable, supporting him when he’s under attack. In the interests of escapism, romance sometimes avoids seriously negative situations (though that’s becoming less true these days). Yet these are exactly the circumstances where love shines brightest.

For instance, in my contemporary romance The Ingredients of Bliss, my heroine has to deal with the fact that her lover has been abducted by a ruthless gang of criminals. The mob boss has threatened to slaughter his prisoners. The police don’t believe her story. Emily knows she must save Harry herself—as unlikely a prospect as this might seem. Up until that point, she had not been sure he was the one man for her. It takes this crisis to make her love real.

Here’s an excerpt. Emily has made contact with the gang, telling them she has recovered the stolen goods she promised in return for Harry’s release. It’s all a bluff, though. She and Toni, the renegade police woman who’s become her ally, have nothing to rely on but their own wits.

It was barely two. Toni had promised to come fetch me at four-thirty. After the feverish activity of the last thirty-six hours, I wasn’t sure what to do in the interim.

I glanced around. At this hour, I was the café’s sole customer. One waiter hung out behind the bar, peering at his mobile and ignoring me.

All at once, I felt utterly alone.

Roger had called the Tastes of France team back to the States. No one knew how long it would be before Etienne and Harry were freed, and meanwhile, we didn’t want one of the crew to let the secret slip. If the police decided to take another look at the case, the Triad might respond by cutting their losses—and their prisoners’ throats.

We broadcast the official story that Etienne was in isolation due to complications from influenza. Apparently, the studio had been deluged with get well cards and messages of sympathy.

I’d stayed in France ‘out of concern for my colleague’, a tale that only confirmed the popular assumption that Etienne and I were a couple. Meanwhile, Harry was such a low key presence—at least outside the bedroom—that nobody even seemed to realize he’d disappeared.

My stomach lurched and a sour taste filtered up into my throat. This wasn’t a game of Go. One false step and his life could be forfeit. I liked to imagine I was clever, some sort of woman of international intrigue, bargaining with the Iron Hammer as if I had the upper hand. But what did I have, really? Nothing. No drugs. No weapons. Nothing to offer in trade for Harry’s life. Nothing I could use to protect him.

Hysteria built in my chest. Tears blurred my vision. I had to get out of here. I tossed a twenty onto the table and ran for the elevator before the storm burst.

Back in my room, the floodgates opened. I sobbed and wailed, face down on the bed, until the pillow was soaked with tears. A fit of hiccups seized me. My moan became a silly yelp with each rhythmic clench of my diaphragm.

‘Get hold of yourself, girl.’ I could almost hear my grandmother, scolding me. ‘Crying won’t help.’

Closing my swollen eyes, I breathed deeply, trying to will the spasms away, along with my despair. I needed a clear mind for what was to come. Fear would only muddle my thoughts and corrupt my judgment. Gradually my panic ebbed. I released it, grateful for my Dragon training.

I focused my thoughts back on my lover. Harry wouldn’t want me to be upset. He’d tell me to relax, to let go, to trust myself and him. He’d take me in his arms and I’d know that all was well. New ease flowed through me as I remembered the magic he could work on my body and my spirit.

Get your own copy of The Ingredients of Bliss today!

Meanwhile, I’m giving away a copy of the prequel to the book, Her Secret Ingredient to one person who comments on this post. Let me know how you feel about romance that includes dire situations and severe life challenges. Do you prefer that authors keep things light, or do you like to see the characters’ tested? Be sure to include your email address in your comment!

Posted by Lisabet Sarai at 5:32 AM

Email ThisBlogThis!Share to TwitterShare to FacebookShare to Pinterest
Labels: giveaway, Her Secret Ingredient, love in crisis, romance, The Ingredients of Bliss

Most times I prefer light romance but I occasionally like to read romance where characters are tested with life and death situations. Maybe 1 in 5 books will be this heavy type of romance. Another 1 will be a comedy. 1 will be paranormal. The other 2 will be light romance. I enjoy reading pretty much everything.

Authors testing their characters to some extent works for me. But one is tested in life day to day in general so to escape into a book that is not too heavy is the best. At the end of the day I want to fall in love with the characters and enjoy what u the author writes.

depends how it's written

As an author, I like to deal with real issues in my books. I can only hope there are readers who want to read them. As a reader, I want to care about the characters. I can deal with anything if I care about what is going to happen to the heroine and hero and their romance.

I like romance with a suspenseful narrative. it add some intensity to the romance and it must hold me from the first page to make me keep reading it.

Congratulations to my winner, BN!

Thanks to everyone who participated.