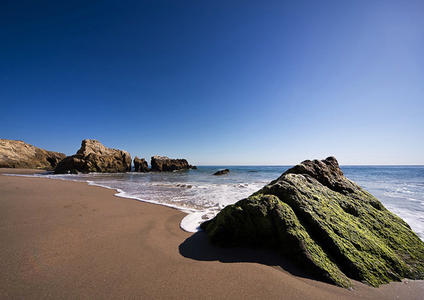 Past seven PM, but the sun still hangs above the Pacific as though it will never set and the surfers still dance the waves. Two chicken legs crackle and blacken on my makeshift spit. The rich aroma makes my mouth water. Despair apparently has not suppressed my appetite. Or perhaps it is the proverbial salt air that makes me hungry.

It is my first weekend alone and I have run away from my one-bedroom apartment that still smells of his cherry pipe tobacco. Not far - Leo Carillo State Park is barely an hour north, though congestion on the PCH often makes the trip take longer. Today I flew here, or so it seems, windows cranked down, hot wind tangling my hair, in my blue Honda hatchback that I have christened Isadora after the legendary dancer.

I want to be free, as she was. Free of entanglements, careless of convention, going wherever my fancy leads, loving whom I choose, leaving them all with a laugh and a pirouette.

Last weekend, he disappeared. After we had spent every night for two months together, after I'd given him everything, made commitments, burned my bridges, he was suddenly gone without a word. My imagination painted grim pictures of maiming and murder. I called the local hospitals. I called his apartment, again and again. He might has well have dropped off the face of the earth.

I spent the weekend in an agony of worry. He phoned on Monday to tell me he'd been in Las Vegas, marrying his old girlfriend. He wanted to apologize.

Apologize! I blamed him more for the weekend of hellish anxiety than for the infidelity. How could I have believed he loved me?

Tuesday I had to work. Tuesday night I was drunk and high, trying to dull the pain, ready to fuck anyone who asked. Someone did. He crashed his car and I ended up in the emergency room, panty-less, still wet with his come. I hurt too much to be more than a little embarrassed.

I spent Wednesday and Thursday at home with the drapes pulled, bruised and sore. My now-married ex-lover showed up at my apartment door, full of regrets and sweet concern. It took every shred of will I could muster to send him away.

So here I am. I've never felt so alone. I'm three thousand miles from my family, here in this neon-and-plastic city for my first real job. I was ripe for the picking, I see now, new in town, a naive romantic who'd spent most of her life so far buried in books. I was ready to fall, and fall I did.

The pain is multi-pronged. I don't know which part is the worst. Rage at his blind, blithe cruelty? Shame at my eager susceptibility? Or the constant ache of want, the memories I can't keep at bay for long: his hands, his cock, the way we seemed to read each other's minds? Soul mates, he called us. I laugh and the wind carries the bitter sound away.

The chicken is smoky and succulent. Juices run down my chin. I wipe them away as I contemplate the waves. If I drowned myself, would he be sorry? Would I ruin his life? Do I want to?

I recognize my melodrama for what it is. I'm too sensible to commit suicide, even for the sake of a soul mate. Still, my future stretches before me, vast and empty of love. I know, rationally, that there will be someone else, but right now neither my heart nor my body believes this truth.

Think about the near future instead. The sun finally grazes the horizon. A chill breeze stirs my hair. Isadora waits in the parking lot above the beach, the tent I bought yesterday under the back flap. There are campgrounds here in the state park, I read, or I could drive on, headed north, to San Luis Obispo or even Big Sur. Isadora's gas tank is full and I have my credit card. I don't have to be back at work until Monday.

What do I want - besides him, of course, the man I can't have? Nothing. I find there's a kind of peace in that, as I sit with my back against a boulder on the now-quiet beach. The tide has receded. The surfers have gone home. My campfire has dwindled to warm ash. Purple and gold clouds streak the sky above the murmuring sea. 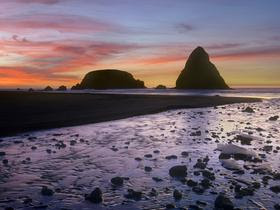 I could stay or go. It doesn't matter, not really. I'm free to make my own decisions. I feel the tiniest hint of elation. Perhaps I have something in common with the divine Miss Duncan after all. 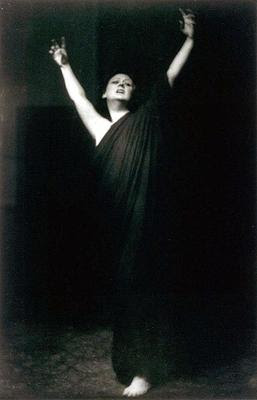