Insufficient Sex is a Sin!

It boils down to this: I wrote it, I like it, and I’m happy to have it molder away in my pc’s innards than rewrite it adding lots of sex scenes. I know it’s been done in the Grey story, but that story had a compelling layering to it which made you read all three books to find out why the male lead acted like he did. I don’t want my readers to think as I did by the second Grey book - ‘another sex scene. I’ll skip this and get back to the real story.’ I want my readers to be engaged with my characters the whole time, regardless of what activity they are physically engaged in.

After investing many hours in creating this story I became determined to find a home for it and to get it published I had to change it. I didn’t add more sex, but I did need to give the hero a different fault in his nature; something that I could hint at and layer into the story. A weakness he needed to conquer and something the heroine might be able to help him with – if he would allow her. He needed to show remorse for his faults and to do this I added scenes from his point of view. It worked. In the end there was sufficient sex.

I enjoy the process of editing and getting a story ready for publication. The fact a publisher wants my manuscript is confirmation I have produced work worthy of publishing and with their vote of confidence I am happy to polish the manuscript to a higher level.

The piece I’m talking about is the story I’m featuring today:

Sally can recognise love when it strikes, but does Raffety Blake know what it is? 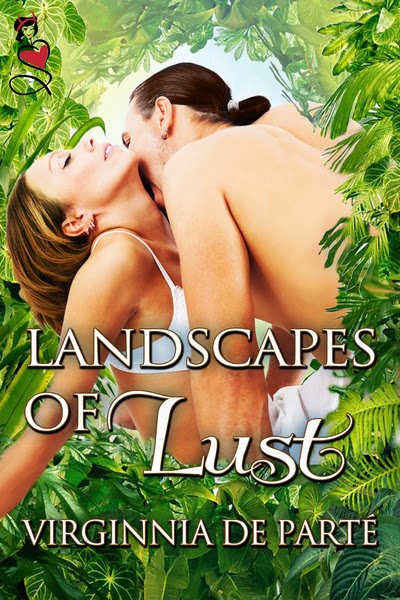 Sally is stunned when her friend Louise admits that her gardener, Raffety Blake is providing her with “extras.” From the small print on his business card Sally has no problem understanding the meaning of that word ‘extras’. ‘hysteria tamed, widow’s weeds eliminated, pavings and cravings all undertaken with specialist care.’ In this case the fine print is definitely worth reading. Louise’s recent bloom isn’t all the result of good health.

Sally needs a gardener and she needs the extras as well. Raffety Blake is a man of charm and inventiveness. As well as his magic touch in the garden he indulges Sally and she blossoms under his care.

Follow the seasons as these two widowed cougars enjoy watching their gardens return to rude health as Raffety Blake endeavours to tame their cravings.

Sally looked around, leaned over the table toward her friend and whispered,

She put the business card down and slid it with the tip of her long scarlet fingernail across the white linen tablecloth back to Louise. Around them the restaurant conversations buzzed, rising and falling in volume like an ocean wave, a background noise that at times drowned out their own discussion.

“I can guarantee he is, Sally. Every pulsating inch of him,” said Louise. “Keep the card. I know his number off by heart.” Louise pushed ithe card back.

Did she have no shame? “You hire him as your gardener and he provides extra services at your request.” She didn’t expect an answer, she was simply reaffirming what she’d just been told. Her friend nodded. Yes, Louise had blossomed of late. Today she looked beautiful. Not because of the elegant hair style, nor the pearls resting at the base of her long neck and not for the soft, pastel blue, silk blouse that draped her bodice. Her beauty glowed from within. Her hair, a charcoal blend of grey and black shone with good health and a sparkle danced in her eyes. Sally hadn’t seen her friend look so attractive for several years, since before Henry died.

Catching a rising wave of conversation she held the card aloft read and loud, “‘Raffety Blake, Gardener Extraordinaire, Wisteria trimmed, hysteria tamed’ I see the last two words are in very small print.” Glancing up she caught the smirk on Louise’s face. “’Specializes in the eradication of widow’s weeds’. Now that’s rather pointed. ‘Lawns, edges, pavings – pruning, thinning and cravings. All undertaken with specialist care’. Has the man no shame?”

“It doesn’t appear so. He’s very good, Sal’. I’m feeling better than I have since Henry died.”

“I can see that.” She leaned forward, pitching her voice low so Louise could hear, but not the people at the next table. “Do you order what you want – or leave it up to him? I can’t imagine crooking my finger and saying ‘come here, I need to be serviced’. It seems a bit cold-blooded to me.” Despite the words coming from her mouth, a tightening in her lower pelvis and her longing to be loved made her wonder if she should stop on the way home and buy a vibrator. She’d been putting it off for two years, hoping her craving for sex would ease, but perhaps the time had come, unless Louise’s gardener could satisfy her need.

“How did you come by this gem?” she pressed. Her friend would need to give this man a glowing reference before she’d let him into her home. Sex in the garden, whilst exciting on occasions wasn’t something she wanted to do unless she checked out the undergrowth first. Nettles on the bottom? The very thought made her buttocks tingle. “Do you trust him?”

“I saw his business card pinned to the notice board at the supermarket. I was actually looking for someone to do some work around the garden, but the wording piqued my interest. I took his card thinking the wording might have been a misprint, but I rang him anyway. He came for an interview and…” at this point a pink tide rose to cover Louise’s neck and face. “The rest is history, as they say.”

“What? On your first meeting? Before he’d even pulled a weed or cut the lawn?”

Louise sat tall in her chair, put her chin in a defiant pose and in her naturally clipped manner, said “Yes. It’s the 1970’s Sally. Women have been liberated.”

They’d been friends for years, gone to the Diocesan School for Girls together, trained as nurses in the same hospital and both married older men. Sometimes Sally suspected Henry and Wilson had purposely sought nurses to marry. She and Louise had loved and nursed their older men, watched them age and die to leave them in their fifties, energetic, still attractive and sexually frustrated.

It seemed her friend had found the solution.

“That was very brave of you, Lou’. Taking him on like that. Does he really know anything about gardening or is it a cover for his other services?”

“Really, Sally!” Lou’s voice had a sharp edge. ”Of course he’s a gardener. The grounds are looking fabulous. I’m even thinking of offering my place for the Church’s Garden Ramble.” Louise took a quick glance around before hissing. “You don’t think we do it all day like a pair of rabbits, do you?”

“Depends… the way I’m feeling at the moment I think I could last the distance.”

I invite you to read the rest of this romance, set in New Zealand, a country of good rainfall and temperate weather where everything grows in abundance, especially love and romance.

I write futuristic romance under the pen name of Virginnia De Parte with a series of five e-books published by Secret Cravings Publishing. By writing in the future I have the pleasure of watching science catch up to my imagination. Love is the same whether it’s in the Middle Ages, in the present, or set in the future.

My Young Adult was published under my legal name (Deryn Pittar) called A Taste of Gold, released by Evernight Teens as an e-book and POD. It’s set in New Zealand and features two Taniwha (Maori mythological monsters).

My other love is writing poetry and I am published in this genre, both on-line and in hard copy. A love of words, and changing the way they are arranged, drives my writing. I endeavor to insert poetic prose into my fiction. I belong to writing groups and have several critique partners, all of whom help to keep me on-track and well edited.

You can visit my websites: www.virginniadeparte.blogspot.co.nz for posts and short pieces; or www.virginnia-departe-books.com to view my published books. There are excerpts you can listen to as well on this website.

Because I enjoy the writing process and like to help other authors I recently put up videos on YouTube. You can view them and see me in real life talking about how I write my books. Here are the links:

Writing by the seat of your pants: http://youtu.be/Ey3tLq2BLDE

Bones to hang your story words on http://youtu.be/s2bCyCQV6Xk

Some publishers these days have the notion that readers want nothing but sex in their stories. That's definitely not the message I get from MY readers (even though, I have to admit, my tales are on the high end of the heat scale). Anyway, I'm delighted you stuck to your guns. This sounds like a delicious book. I adore the cover!

Thank Lisabet. I had fun writing it and became very fond of my lead characters. Everything grows well here in New Zealand- including love.