[I don't usually do sneak peeks on Tuesdays, but I thought you'd enjoy this one. This is part of Celeste Prater's blog tour. She's giving away a $25 gift certificate. See the Rafflecopter widget at the bottom of the post. ~ Lisabet] 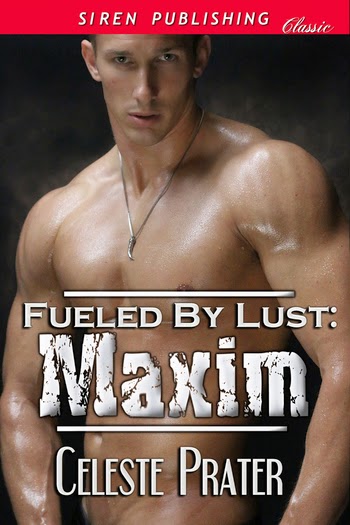 A simple turn of your head can change your life forever. That’s what Maxim Telarius will soon realize when he spots a female cracking up passengers at an airport counter. What he didn’t expect was to find his potential mate when the counter comedian inevitably trips over a suitcase and practically lands in his lap. One innocent touch and he’s fighting through a powerful mating surge and begging her not to leave. One blink and she could be lost to him forever.

Skylar Grey is fleeing for her life with a mysterious object stuffed in her purse and no idea where’s she heading. When she spots a gorgeous hunk she just dreamed about, what’s a girl to do? Watching the guy twist on the floor in agony wasn’t what she envisioned. Should she run, or stay to help someone that seems extremely important to her survival?

Releasing 1-6-2015 exclusively at www.bookstrand.com/celeste-prater
and 6-8 weeks later at major retailers

Their bodies crashed together in the middle of the room. He didn’t even remember throwing his bag to the side. All he knew, or cared about, was the feel of her sweet mouth opening for him, her arms wrapped around his neck, and her fingers frantically unraveling his braid. He couldn’t stop the deep growl of approval rumbling through his chest or his equally haphazard attempt at releasing her flowing locks.

Maxim pulled his head back just long enough to gasp for air and lift her shirt over her head. He drank in the sight of her black lace bra lovingly cupping her luscious mounds until his shirt blocked the view as she yanked it up and practically tore it from his body. Her palms landed heavily on his pecs and she looked up to him.

“Damn, Maxim. You’re exactly like my vision, except better. If you have a black loin cloth on under those jeans, I’m going to faint.”

Plopping on the bed, he shucked his boots and socks then leapt back up. He unbuckled his belt and quickly slid the zipper down. He didn’t give a shit that his voice sounded like a barbaric maniac. He was close to having his skin next to hers and he couldn’t wait a moment longer.
“I have one back home, but there’s not a damn thing under here to get in my way.” He shoved his jeans off and kicked them to the side. He knew his cock was bobbing up and down in anticipation, and he watched her eyes gradually widen as she took in the sight. Her lips parted, and her words rushed out on a hard breath.

He grabbed the middle and lifted it toward his belly to give her ample viewing of what he had to offer.

Her eyes flicked back up to his.

“Ah, hell. I like the way you talk. You just made my knees wobble.”

“I’m going to do more than that, sweetness. Lose the bra and get those jeans off. I want to see you.” 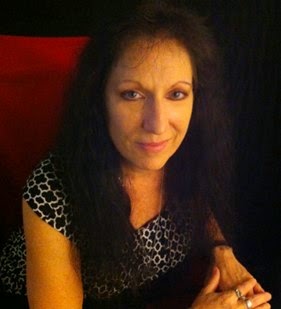 Celeste was born and raised in a small town between Dallas/Fort Worth and Austin. Wanting to see more than her small Texas town, she joined the Marines, which satisfied her craving to see more of the U.S. and her drive to see if she could be one of the few and the proud.

A firm believer in educating the mind, Celeste has achieved several advanced degrees, the latest being a master’s of science.

Drusus, Severus, Cato, Lucien, Caelius, Maxim and many more have swirled in her dreams until she had to bring them to life and allow them to find love within the pages of the Fueled by Lust book series.

Thanks for making your Tuesday exception and having me on your site today! xoxo :-)