It’s Sunday, so of course I’m going to share a kiss from my new release, Nasty Business. Enjoy!

After you’ve read my snog, hop over to Victoria’s for more sweet and sexy Sunday kisses. 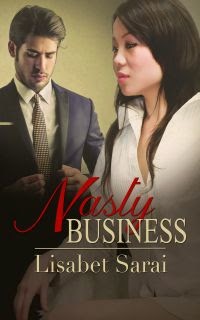 He kisses with his whole body. His hands are everywhere, stroking my arse, teasing my nipples. His knee finds its way into my crotch and sets up a rhythmic pressure that soon has me swollen and dripping. He is swollen, too. Brazenly, he rubs his rigid cock against my thigh, as he plunges his tongue more deeply into my mouth.

“Ruby,” he murmurs, alternating words with nibbles and licks. “I want you so badly. I’ve never wanted anyone the way I want you.”

Posted by Lisabet Sarai at 8:28 AM