How to Beat the Hardships of Monogamy

I’ve talked a lot about the difficulties of monogamy and about the forces that drive us apart. If you haven’t seen it yet, look here: The problem with Monogamy and here: Flooded with Chemicals.

Our bodies and souls keep reminding us that monogamy is hard. But we really, truly, want it to work.

So I’d like to talk about the one force that helps us stay monogamous, the force that keeps showing us that monogamy can be a treasured bond that allows us to reap all those benefits that monogamy can offer. This force is simple and complex at the same time. No one can fully describe it, quantify it, even though millions have tried. And it’s magic is, that anyone who has ever been swept by it, knows exactly what it is.

The Israeli poet, Natan Yonatan, wrote a poem called ‘Like a Ballad’, and that poem explains the power of love. It is one of the most beautiful poems ever written, but you’ll have to read it in Hebrew. It resonates more strongly than any other love poem I’ve ever read. I won’t give you the whole thing, because of IP rights, but here are the first two lines, which I did my best to translate:

"If a painful wreath of thorns is what you like,
I will go to the desert, where I will learn to hurt."

The way I understand it, and Yonatan said it a hundred times better than I will ever be able to, is that love is the power to do something incredibly difficult, just because our loved one asked us to do it. Love is the power that enables us to teach ourselves to feel what our beloved wishes that we feel. Love is living a different life, even an uncomfortable life, just because that's what our beloved asked us to. And love means to do something that takes a lifetime to do, not one day.

And here I want to tell a personal story.

My husband grew up in California. He immigrated to Israel and he has lived here for many years, for the sole reason that I asked him to.

We lived together in the United States for several years, where two of our three children were born. But after years in the States, my husband left his home, his family, his language, his work, his culture, his friends, everything he knew, and moved to Israel. He agreed that his children will grow up as Israelis, and agreed to live in a place where he would never be a native, always a little bit of an outsider.

And every day he lives with desert, with rocks, with thorns, just because I asked him. And every day he struggles with not being able to express himself exactly as he’d like, because he learned Hebrew as an adult. And every day he works at making me happy. And that makes him happy. He learned to love the desert, and the stones, and the people who are thorny, and our children have grown and they serve in the army.

Love can conquer all, I truly believe that. It can defeat the difficulties and the arguments and the differences of opinion. It can push away the harsh words and the family members who muddle. It can fight financial struggles, long hours at work, jokes that aren’t funny, teeth that aren’t brushed, broken cars and messy kids. Love conquers all.

So I love my husband because of what he did and what he does every day, without complaining, without keeping score, for many years, because he found the way to love this harsh and wonderful country.

Just because I asked.

So my parting words to you, are to always remember your partner, the one person that you love the most. Think of them with love, feel them with love, embrace them with love, stream love to them through the air and the light. That’s the only thing that would get you through a marriage.

Love is the only way. 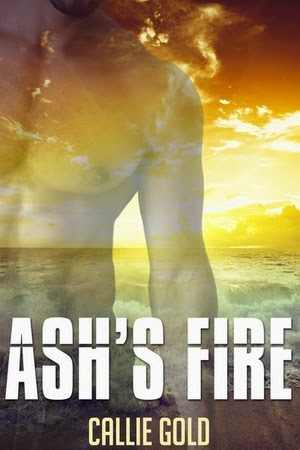 What if years ago, you made a pact with

your husband that someday, you will both have sex with others?

And what if years later, you jump into the arms of a smoking-hot pianist? Is that bad? Acceptable? Better than cheating?

Before you rush to judgment, meet Jordan Cohen, a smart and sexy forty-something attorney. This is her story.

Jordan Cohen didn’t expect Sam, her husband and best friend, to invoke their old pact for non-exclusivity. But after twenty-some years
together, that’s exactly what he did.

A chance meeting with Ari Ash, the tall-dark-and-yummy internationally renowned concert pianist, pushes Jordan over the edge. Ari’s mysterious ways and magical lovemaking entice the guilt-ridden Jordan into a whirlwind affair.
When Ari is implicated in an execution-style murder, she wants to believe he is innocent, but troubling facts just keep popping up. Jordan turns to the one man she can trust with her lover’s life ”" her brilliant criminal defense attorney husband.

Is Ari a killer?

Then Ari is charged, and Jordan fears the worst: a life sentence for her lover, exposure of her affair, irreparable damage to her husband’s reputation and the ruin of her law firm.

But she can’t let go of Ari’s heart-stopping love.

With the trial just days ahead, Jordan races to save her lover, her husband and ultimately, herself.

Desire, suspicion, love and loyalty all clash in the fast-paced city of Tel-Aviv. 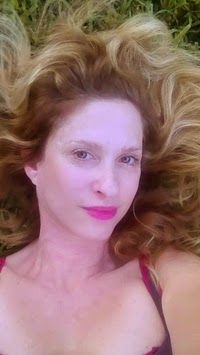 Callie Gold is an Israeli married to an American. She admits that marrying her husband was the smartest decision she has ever made in her entire life. Together they have raised three beautiful children.

Callie is a lawyer, and a Jew, and what’s worse – an Israeli. That means that she’s an in-your-face kinda gal. There is no Hebrew word for ‘subtle’. Callie’s husband says that she has too many opinions, and he’s right. But she’s also open and friendly and very curious, and is known to start intimate conversations with the Falafel guy.

Since she stopped litigating, Callie’s husband says she’s become a much nicer person (Callie’s husband is almost always right, which makes living with him really good and seriously annoying, all at the same time).

When she’s not writing, Callie does divorce mediation and marriage counseling, which, she believes will save her a good seat in that place up there. She also cooks and bakes and you will always find home-baked bread in her freezer, next to the chocolate gelato that her husband makes.

Callie writes because writing creates another life for her, a life in which she can do whatever she wants. In order to write she has become a time thief.

Above all, Callie is a lover of people and she can never get enough of human interaction. So feel free to start up a conversation with her!

Welcome back to Beyond Romance, and thank you for a beautiful post. Indeed your husband must love you very much, to make such a major change in his life.

Again, best of luck with your book!

Hi Lisabet,
Thank you so much, you are so sweet!
I'm so sorry for not having visited sooner :(
Unfortunately I was sick as a dog - pneumonia - today is the first day I feel like a human being again, Yay!
Thanks again,
Callie