Thank you to the lovely Lisabet Sarai for hosting me today. My new book, A Girl By Any Other Name, is different from anything I’ve written. It’s mostly from the hero’s POV, has elements of suspense, and switches between the past and present to create the complete story. My hero, Caleb James Tanner, is a southern boy with a big heart and a penchant for swearing. I thought it might be fun to share make a top ten list of his best traits. (Of course, he does have faults too, but that would be a longer list!)

Although this lists specifically pertains to Cal, I do write all my heroes with similar traits, and I’m not just drawn to the good ole Southern boy either. A British mogul of James Bond caliber? I’m there. A charming poet from Rajasthan? Where do I sign up? I’d love to hear some of your favorite hero traits.

Please leave a comment below, and one lucky winner will receive an e-copy of this book.

10 - His accent – The deep gravelly sweet voice of a southern man is such a turn on. It’s slow sugary seductiveness combined with husky masculinity is just right in my opinion.

9 - His endearments – why is it when a man refers to a girl as girl in certain contexts it’s super cute? Take this for example, “Girl, I think you’re making me lose my mind!” Also, I love “sweetheart” too, which is a common term of endearment in the south.

8 - His clothes – A man in jeans is always hot, but a man in old, jeans…who can swagger when he walks. Well, that’s special. (I love a suit and tie too of course)

7 - His loyalty – He has a soft spot for his hometown. He’s proud of those roots.

6 - He’s old fashioned - In a report by psychologist Dr. Diane Plummer of Clark Atlanta University in Atlanta, Georgia, Southern men indicated that they treat a woman with the utmost respect and place importance on values. In addition, Ford writes that Southern men want traditional male-female roles, such as a man who opens the door for a woman and fixes the leaky faucet around the house.

I’m a modern kind of girl, but yes, I do like a man who opens doors, and fixes my broken plumbing.

5 - His family relationships – A southern man’s momma is probably the most important girl next to his beloved. It’s true what they say, if you want to know if a man is truly good, look at how he treats his mother.

4 - His cockiness – I like a man who recognizes when he’s good at something. He doesn’t necessarily brag, but he doesn’t sweep it under the rug either. You’re swagger though should always be supported.

3 - His Southern charm – the south is a hospitable place. Who can resist the y’all greeting? I certainly can’t. The manners and politeness that go along with that makes southern men some of my favorite characters to write.

2 - His dominance – a need to lead, and set the pace, which extends in and out of the bedroom.

1 - His convictions – Cal doesn’t waver on things he believes in. If he feels it, he will tell you.

Blurb
Everyone tells him he needs to move on, but how can a man function without his heart? 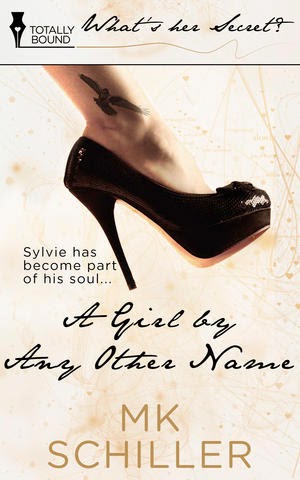 Ten-year-old Caleb Tanner wants nothing to do with Sylvie Cranston, the annoying weird girl who moves next door to him and gets him in trouble for swearing. But at twelve, they become friends when he teaches her how to hook a fishing line and she shows him the value of a selfless act. At fourteen, he falls in love with her.

At sixteen, she dies.

Or so he’s told. But Cal never believes it. Sylvie has become part of his soul. He knows her like the steady beating of his own heart. He’d know if she was dead. Cal looks for her, prays for her and finally he just waits for her.

Nine years later, she walks into the community college English class Cal is teaching. Only this girl claims her name is Sophie Becker and she doesn’t know him. Cal knows better. He’s determined to get the girl he loves back—and protect her from the danger that took her away all those years ago.

The worst part of being a kid was that you never knew how good you had it until it was too late.
Childhood was simple. My parents told me it was because I didn’t have bills to pay or mouths to feed, but it was more than that. It was because nothing was planned. When you didn’t plan for it, you didn’t worry about the consequences. They just happened naturally without the coercion, manipulation or mindfuck games that came with becoming an adult.

I never planned for Sylvie Cranston to be my best friend. I never expected her to be the muse in all my dreams, or the girl who later haunted my nightmares. I certainly never planned to fall in love with her, but that was exactly what happened.

Everyone told me I needed to move on. That was like asking me to pierce my own flesh and crush my empty, beating heart. They wanted me to toss it away and continue to breathe. How could a man function without his heart?

MK Schiller is a hopeless romantic in a hopelessly pragmatic world. Writing is her passion, but with a full time life and two busy teenagers, it proves difficult. But in the quiet dark of night, she sits by the warm glow of a computer monitor, and attempt to conjure up passionate heartwarming stories with plenty of humor.

She started imagining stories in her head at a very young age. In fact, friends started making requests for stories where they were featured as the heroine and the object of their affection was the hero. You've heard of fan fiction... this was friend fiction.

Even with that, it took many years to realize her dream. She hopes you enjoy her stories and always find The Happily Ever After in every endeavor.

Email ThisBlogThis!Share to TwitterShare to FacebookShare to Pinterest
Labels: A Girl by Any Other Name, heroes, MK Schiller, Southern charm, What's Her Secret

Welcome to Beyond Romance! And thanks for offering an ebook to my readers.

I have to admit, I find it sexy when a guy addresses me as "girl" (if it's affectionate). I know that is sooo politically incorrect. (Of course, I like "woman", too!)

This sounds like a great read. I hope you get fabulous reviews.

congrats MK on your newest release! I just read and loved the Do Over :) I love how polite southern boys seem :) Thanks for sharing!

Thanks for having me, Lisabet! I know there is something deliciously wrong in a guy saying hey girl, but if he does it just right, it's tantalizing!

Thanks Erin! I love that politeness too. Rough at night and charming during the day is the perfect combo.

This sounds like it will be a very good book. Thanks for the chance to win it.
sstrode at scrtc dot com